Overcoming Mediocrity: How to Break Through a Plateau in Your Business 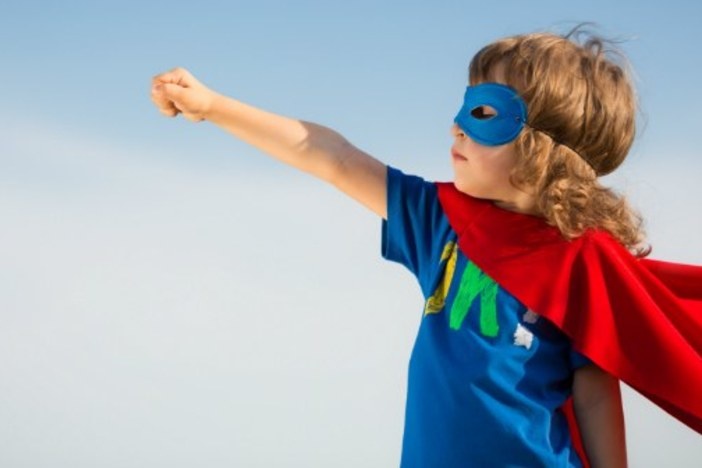 When I first began learning to play the guitar, the whole exercise was little more than a chore. Switching from one chord to the next was a tedious task that took so much time, I couldn’t play anything that could possibly be confused with an actual song. It took a good long while for the guitar become something that I actually enjoyed to play.

Eventually, though, that all changed. I had finally mastered enough chords that I could play a variety of simple songs. Then I could play those songs easily. Then I could play them slightly more easily. Then, well, nothing. I plateaued into a pleasant mediocrity. All of a sudden, I had accomplished what I wanted and learned to play the guitar — sort of — and enjoyed playing it. But I wasn’t getting any better.

I didn’t start improving again until I started taking lessons that forced me to actually work at the fundamentals of the guitar in a way that wasn’t particularly enjoyable at first, but was ultimately highly rewarding. This is one of dozens of examples of the power of purposeful action over the more natural way we approach things

I’ve been stressing the importance of focusing on a single niche and avoiding the shiny objects, and in that vein I became interested in Gary Keller’s new book The One Thing. Gary Keller is the founder of Keller Williams Realty and the author of the The Millionaire Real Estate Investor, so he's no stranger to either real estate or success. His newest book is another testament to the power of focusing on the most important things. He discusses Pareto’s principle — that 20% of our actions will lead to 80% of our results — which strongly implies that we should focus on our most worthwhile endeavors. But Keller also notes that it’s not just what we focus on, it’s how we focus on it.

Related: Purposefully Planning Your Retirement – What Is Time To You?

The Purposeful Approach vs. Entrepreneurial Approach

One of the best insights Keller offers is the difference between what he calls the “entrepreneurial approach” and the “purposeful approach.” Here’s how he describes the former:

“Entrepreneurial is our natural approach. It’s seeing something we want to do or that needs to be done and racing off to do it with enthusiasm, energy, and our natural abilities. No matter the task, all natural ability has a ceiling of achievement, a level of productivity and success that eventually tops out.” (The One Thing, Pg. 179)

On the other hand, the purposeful approach may not be as easy or natural, but it leads to spectacularly better results,

“Highly productive people don’t accept the limitations of their natural approach as the final word on their success. When they hit a ceiling of achievement, they look for new models and systems, better ways to do things to push them through.” (The One Thing, Pg. 180)

This perfectly describes my experience with the guitar. No one naturally knows how to play the guitar, so at first I started out purposefully. I slowly and painfully learned one chord at a time. Then it became natural and easy. It became enjoyable as a matter of fact. And ironically, as soon as it became more than just a chore, I stopped improving. I starting using the entrepreneurial approach and just repeated what I had already learned over and over again. It wasn’t until I started to use the purposeful approach again that I finally started improving again. As Keller notes:

“Too many people reach a level where their performance is ‘good enough’ and then stop working on getting better. People on the path to mastery avoid this by continually upping their goal, challenging themselves to break through their current ceiling, and staying the forever apprentice.” (The One Thing, Pg. 181-182)

From Purpose to Purposeful

“In business and in life, we all start off entrepreneurially. We go after something with our current level of abilities, energy, knowledge, and effort — in short, everything that comes easily… it feels natural. It’s who we currently are and how we currently like to do things. It’s also limiting.” (The One Thing, Pg. 182)

We cannot reach mastery in this way, only mediocrity.

What comes easily is not what is best, nor what will ultimately make us happy and successful. In the famous Stanford Marshmallow Experiment, children were given the option of having one marshmallow now or two in 15 minutes. Those who waited for the second marshmallow ended up having substantially better life outcomes than those that didn’t. This has become the key testament to the power of delaying gratification. However, it’s also a testament to doing the more difficult task now for the greatest long term success. Keller again:

“…kids engaged in all kinds of delay strategies, from closing their eyes, pulling their own hair, and turning away, to hovering over, smelling and even caressing their treats.” (The One Thing, Pg. 63)

Related: Developing Your “Why”: How to Work for MORE Than Just Money

In What Areas Are You Leaving the Second Marshmallow on the Table?

I can all but guarantee that several parts of your life or business have fallen into a natural autopilot. I for one have noticed that I don't particularly like negotiating, so I had fallen into the habit of simply making my offer and sticking to my strike price. There are certainly worse ways to do it, but this is by no means ideal. So I started trying to build a case for my price and presenting this to sellers in a straight forward fashion, often in both the written and verbal form. I've found that this approach can push a seller away from the fantasies many of them have, while also avoiding any sort of manipulation.

In our business as a whole, we have been slow with our turnovers because our maintenance staff already has their hands full, and our remodeling projects have taken the priority of our rehab staff. But this doesn’t make any sense; rehabs take longer than turnovers so we’re leaving rent on the table.

At the same time, we can’t just fix the problem by snapping our fingers because there is a risk in losing focus by bouncing employees from rehab projects to turnovers and then back again over and over. The whole situation is less than ideal, yet it was a natural process that came about because the rehab projects are more “sexy” and don’t come up as erratically. So we decided to make turnover a priority and bring someone on staff specifically for turnover who would supplement maintenance or rehab as needed, not the other way around.

So the question to ask yourself is: What are you doing with a natural, entrepreneurial approach, when it really needs a purposeful approach?

I guarantee you there is a lot of money to be made in that answer — leave yours below!

Larry Russell
Nice article. There’s been a lot of talk about this book and your synopsis is by far the best I’ve heard thus far. You’ve convinced me to add this book next in line for my scheduled reading.

Shirley Xu Investor from philadelphia, PA
Totally agree. I am right there “good enough” but not moving forward. I will need to find a new approach for the new year. thanks for the great Article

Jonna Weber Real Estate Agent from Boise, ID
I believe “The One Thing” can be life altering if applied to your business. I read it a couple of months ago and am starting to see results. I love the simplicity of it. Nice article and great timing with the New Year!

Margaret J. Wholesaler from Tempe, AZ
I really liked your article. I especially like the way you relate it to practicing music, being a flute player myself. It’s the same thing my teachers used to tell me back in the day I attended a music school. I told them I didn’t have time to practice 4 hours a day and the answer was… I needed to focus on WHAT I was practicing in a shorter period of time specifically on those things that needed work. I’ve been having a hard time breaking through the next level in my real estate and have been trying to refocus and be more diligent about where and how I use my time. “The One Thing” is already on my To Read list.

Margaret J. Wholesaler from Tempe, AZ
This is a great article and I completely relate to where I am now, trying to get to the next level. I especially love that you compared it to practicing music since I’m a flute player myself. When I was in music school, I remember telling my teacher that since I also worked, there was no way I could practice 4 hours a day. His comment was that I didn’t have to, I just needed to have focused practice sessions designed to overcome my weak points specifically targeting something I needed to work on. Practicing something really difficult for an hour is really different than just “playing” for an hour and I can so relate that to my business. I’ve started to re-focus my energy so that I utilize my most precious commodity which is time. “The One Thing” is already on my To-Read list. This article really hit home.

Brad Chandler
I enjoyed reading your article. Do you think the best approach is a combination of purposeful approach and entrepreneurial approach?

Brad Chandler
I enjoyed reading your article. Do you think the best approach is a combination of purposeful approach and entrepreneurial approach?