Fannie Mae & Freddie Mac: Who Are They, Why Do They Exist & How Exactly Do They Work? 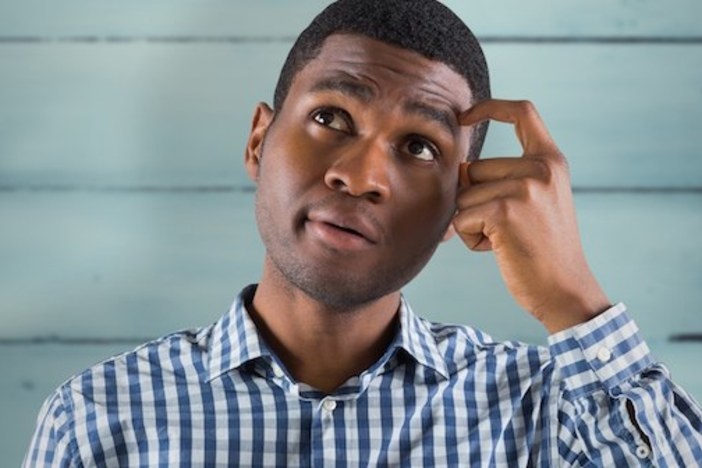 Back in college I was a science major… Political Science to be exact. 😉

As if my education wasn't irrelevant enough, I also pursued a minor in Digital Arts. So while my peers learned how to be accountants, engineers, lawyers, and doctors, I took courses called "The Politics of Sexuality" and "Color Theory." Needless to say, the skills that I attained during four years of undergrad have rarely transferred over to my adult life as a pilot or as a real estate investor.

But not for long. So let’s talk politics!

Blog Caveat: Plenty of articles have been written on the topic of the sub-prime mortgage crisis, so I plan to kind of gloss over that aspect of their respective histories. My goal is merely to clarify exactly what these two organizations are for the unfamiliar investor, not to debate their pros and cons.

Who Are These Fannie & Freddie Characters?

If you have ever purchased a house (or were alive back in 2008), chances are you've heard of Fannie Mae and Freddie Mac. You know that they are somehow involved in the lending industry and are some kind of nebulous business/government thingy.

If that’s the case, you’re on the right track!

Technically speaking, Fannie Mae (Federal National Mortgage Association) and Freddie Mac (Federal Home Loan Mortgage Corporation) are Government-Sponsored Enterprises (GSEs). As you can see, both names are semi-acronyms based on their original government moniker. Put simply, GSEs are financial service corporations created by Congress in order to enhance the flow of credit to different parts of the economy and to reduce the risk to investors.

In fact, there have been eight GSEs created since 1916, of which seven are still active. These GSEs were adopted within the following sectors.

Prior to the 1930s, housing finance was exclusively a product of the private sector. Commercial banks, thrifts, and life insurance companies provided much of the mortgage funding throughout the country (think the Bailey Bros Building & Loan Association from It’s a Wonderful Life). Terms were strictly regional and differed drastically across the country due to the fact that there was no nationwide housing financial market.

When the Great Depression hit the country in 1930, it took a toll not only on the economy but also on the housing market. Approximately one fourth of all homeowners defaulted on their mortgages, and the Federal Government decided to step in.

In 1938, Fannie Mae (FNMA) was created as part of an amendment to the National Housing Act. At its inception, Fannie Mae was considered a federal government agency. Her role was as a secondary mortgage market that could purchase, hold, or sell loans that were insured by the Federal Housing Administration. The Charter Act of 1954 then transformed Fannie Mae from a federal government agency to a private/public (i.e. mixed ownership) corporation. Changes occurred again in 1968, when the Housing and Urban Development Act turned Fannie Mae into a for-profit, shareholder-owned company.

In 1970, Freddie Mac (FHLMC) was created when Congress passed the Emergency Home Finance Act. The goal of Freddie was to expand the secondary mortgage market and reduce interest rate risk for banks. A reorganization occurred in 1989, when just like Fannie, Freddie was turned into a shareholder-owned company through the Financial Institutions Reform, Recovery, and Enforcement Act (FIRREA).

Contrary to popular belief, mortgage lenders don’t make the bulk of their money on interest. Banks don’t want to wait around 30 years to get their money back. They wan’t that money now—and that’s where Fannie and Freddie come in.

Nearly 80% of residential mortgages in America are backed by Fannie Mae and Freddie Mac. These two GSEs purchase loans from mortgage lenders that conform to their criteria. After purchasing a number of these identical mortgages, they combine them together and sell them as Mortgage-Backed Securities (MBS). This frees up the capital of the mortgage lender so that they can loan that same money again. Lather, rinse, repeat.

As of September 6th, 2008, Fannie Mae and Freddie Mac were placed into a “conservatorship” under the purview of the Federal Housing Financial Agency (FHFA). This decision was made in the wake of the sub-prime mortgage crisis in order to restore the two organizations to a sound financial situation.

While Fannie Mae and Freddie Mac are “technically” still private corporations, the FHFA currently has powers of board, management, and shareholders.

The FHFA defines their role as “conservator” in the following way according to their website.

“While FHFA has very broad authority, the focus of the conservatorships is not to manage every aspect of Fannie Mae’s and Freddie Mac’s operations.  Instead, under conservatorship, we are responsible for the overall management of Fannie Mae and Freddie Mac and have delegated many operational and other duties to their management and boards. However, they must consult with, and obtain approval from us, as conservator, on critical matters.”

In summation, to describe Fannie Mae and Freddie Mac as a “nebulous business/government thingy” is actually a pretty spot on assessment.

Have any questions? Want to add to the discussion?

Tom Mole Investor from Sunland, California
I love it! You’re good at this stuff. Great article! Can you do a sequel to this article? Perhaps go into a little depth about how banks make money by selling mortgages below face value. I’d do it, but I think you could do much better. I might be the only one, but I’d read it. It would be super cool to see how to explain high finance. (I’m just kind of nerdy that way) Maybe explaining the good, bad and ugly of the secondary market would help folks to see why the banks are so difficult with short sales, offers to buy notes and approving financing. (This is the de-nerdification phase! Very important to the people who never took Color Theory in school.) Once again, awesome article. Everyone should read this and if they don’t they are missing out. Thank you, Tyler.

Tyler Flagg Investor from Pensacola, FL
Hey Tom! Thanks so much for the kind words…I’m glad you enjoyed the article. I think a sequel is a great idea. I’ll start studying! haha.

Andrew Weikel Investor from Blacksburg, VA
Thanks, Tyler… This answered several questions for me!

Tyler Flagg Investor from Pensacola, FL
Glad I could help Andrew. Have a great day!

Wesley Emison Rental Property Investor from Knoxville, TN
Can you explain when banks keep certain mortgages? I am buying a 4-plex and the bank mentioned to me that “this is one that they will keep in their portfolio.” If that is the case, are there certain criteria that you can summarize whereby Fannie and Freddie would not buy a mortgage from a private bank (and thus only buy 80% of the mortgages). Thanks for the clarification on these.

Tyler Flagg Investor from Pensacola, FL
Hey Wesley. Regina is right. Banks will sometimes offer to maintain loans within their own portfolio instead of sending them to F&F. There are a number of criteria that Fannie and Freddie look for prior to agreeing to assume a mortgage. For a comprehensive list, see the link I’ve got below. I found this on the fanniemae.com website. Hope it help! https://www.fanniemae.com/content/eligibility_information/eligibility-matrix.pdf

Regina Anderson
Banks often portfolio loans where they like the risk relative to the rate. In addition, if a loan is held in portfolio at the bank, it allows the bank to solicit the borrower for additional business (insurance, checking accounts, auto loans, refi, credit cards, etc). Banks will also often originate loans that are not eligible for Fannie or Freddie guidelines and will keep those loans on balance sheet. The agencies don’t buy fractional shares of loans. They buy whole loans that meet the agency guidelines, which are long and very specific on everything from appraisals, to forms to underwriting process.

Robert Gandy Investor from folsom, Louisiana
When purchasing a foreclosed property from Freddie Mac, they have a lot of paperwork, requirements, and deadlines that differ from the standard MLS purchase.

Linda
Thank you Tyler for putting all that in plain English. Looking forward to any sequels. One suggestion; If you are able to explain how and why bulk housing stock goes on the stock market and banks’ roles and investments in that process I’d love to hear you explain it. That process is way over my head… I guess there are guidelines and regulations that steer the whole process. I’m just curious how that works.

Tyler Flagg Investor from Pensacola, FL
Thanks for the comment Linda, I’m glad I could help. I’ll be sure to research your question for the sequel 🙂

John Hamilton Real Estate Transaction Engineer from Jacksonville, Florida
Hi Tyler, Thanks for removing the first veil in understanding these “corporations” and “conservatorship” elements to the government. Whoever said the government should get in the mortgage and lending business was DEAD WRONG!

Tyler Flagg Investor from Pensacola, FL
Hahah! Thanks John, I appreciate the comment. Glad I could help! Have a great day.

Gianni Laverde Investor from Corona, NY
Good informational post Tyler… It gave me an understanding in what the purpose of the two companies is. Would love to see a follow up article as Tom mentioned above. Thanks