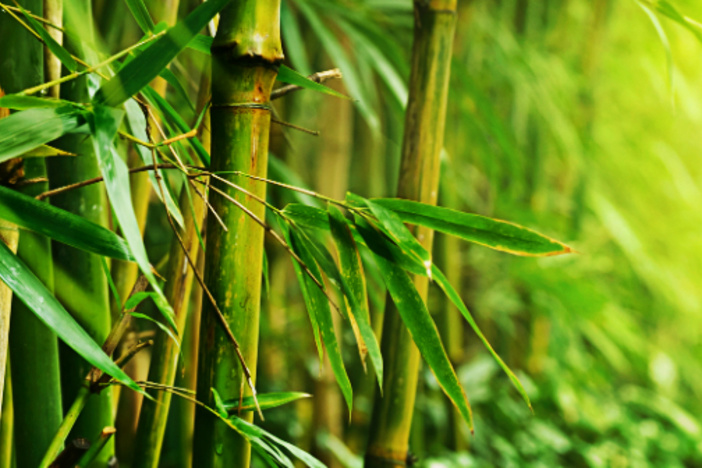 Your dream is to grow Chinese bamboo. You just love the way it looks: It’s green, provides shade, your kids can play in it, and it hides your neighbor’s hideous house.

Whatever. You love Chinese bamboo. You read books about it, take some classes, and even hire a consultant to help you grow it just right.

You feel like you’re ready. It’s time to get started.

You drop some seeds in the ground and begin to nurture the soil. You’ve been told that it will take a while, so you’re patient. After a year of this — nothing. Nothing at all. Not even a little shoot.

You go back to your bamboo-growing mentor, and he advises you to be patient and keep doing what you're doing.

You want to dig and see what’s going on. Maybe the seed didn’t sprout? Or the plant died? Your mentor tells you not to do it. Be patient, grasshopper.

Another year goes by. Then another. And another. You feel like you’re wasting time. The only reason you’re still watering the daggone plant is because you REALLY want this bamboo grove. And because you decide to listen to your mentor.

Related: How I Used $5 (& Some Sage Advice) to Catapult My Real Estate Business: An Interview

And suddenly in the fifth year, the bamboo shoots out of the ground, growing 80 feet in about 14 days.

You are stunned. Delighted.

What really happened? Did the bamboo seed lie dormant for four years until it finally decided to grow?

No, it was growing all along, creating vast and powerful roots that would be able to carry the enormous plants.

I interviewed Jay Boyle on a recent podcast. Jay is not some kind of celebrity, and you probably have never heard of him. But he just did his first multifamily deal, a very nice 36-unit apartment building in Arizona.

He got started with real estate investing 2.5 years ago. His dream was to have a portfolio of 1,000 units in five years.

He dreamed of big bamboo.

His first goal was to start with a duplex. So for the next two years, he looked at and analyzed about 200 hundred duplex deals. He dedicated 20 hours per week to this effort even though he had a full-time job. He saved up money.

Twenty hours per week for two years. And nothing to show for it.

After a while, he knew the area extremely well, and he also knew a good deal when he saw one. He had looked at so many.

After two years, he finally bought his first duplex.

One lousy duplex after two years of work? Not much of a success story.

But here’s what happened next. Five months later he closed on a 36-unit apartment building with a handful of friends and family investors. Now he has a 164 unit under contract.

But we know better.

I have students who lose their enthusiasm of pursuing their dream of financial independence with multifamily investing after just a few months. They get close to having an offer accepted but then the seller accepts another. They have some money raised but not enough. They become discouraged.

Related: Want to Be Successful in Real Estate? Challenge Yourself to Do These 3 Things.

Don’t do that. Instead, grow your business like Chinese bamboo. Be patient and persistent, take action consistently each and every week for as long as it takes. If you do, you’ll eventually be successful. Even if takes far longer than you want it to. Stick with it.

David Roberts from Brownstown, Michigan
I just hope im not starting too late. I saw the writing on the wall in 2010 and could have paid cash for 3 houses selling at 20k that are each worth 90 now. But i didn’t do it, and here we are. . Deals are only as good as the deal at the time. If you get a deal for 75% ARV or less all in today, but tomorrow the market falls 10%, then how good a deal is it tomorrow? These thoughts give me pause…but, gotta keep going. Has rent really ever come down?

Michael Blank Rental Property Investor from Northern Virginia, VA
David … it’s never really the perfect time to start anything. The secret is that you just need to get started.

David Goossens Investor from San Jose, California
Great analogy! After a year and a half or analyzing deals, talking with countless people, and making offers, I finally have my first flip under contract. The bamboo is starting to sprout!

Jeremiah Jordan from Grand Rapids, Michigan
The timing of this couldn’t have been better. I am on the start of the path that Jay took and it’s nice knowing that patience will pay off. Right now my discouragement lies in my lack of cash to do deals with. I have started keeping track of all expenditures and establishing a budget and savings goal to help me have the funds I need to jump in within a year or two.

Michael Blank Rental Property Investor from Northern Virginia, VA
Jeremiah — if you’re lacking cash, then raise it from others! I write extensively about it here on Bigger Pockets (look through my post archive) and also download my free ebook on this subject at TheMichaelBlank.com/ebook. Hope that helps. Be patient and take consistent action …

Mitchell Van Overloop Nurse, Investor from Hudsonville, Michigan
Awesome post! Just the thing to keep me going and keep working towards the goal!!

Brian Johnson Rental Property Investor from Oldsmar, FL
I love the analogy! A good read of finding the assurance and patience for stepping outside the box and taking charge of your own life.

Anil Samuel Investor from Baltimore, MD
Jeremiah, Starting a budget has been one of the most powerful and effective tools I have ever done to boost my investing! Great article!

Donald Capwell Rental Property Investor from COLORADO SPRINGS, CO
I love a great analogy! Well done! I’ll use this storyline myself in the future, I’m certain (giving credit where do, of course). Thank you…

Shaun Reilly Landlord and Rehabber from Newton, Massachusetts
Love this! Great analogy and nailed the process and mindset. I like to say that the key to overnight success is years of education and hard work…

mike802
I think that one of the most important things that people forget is to have a solid foundation to build on. If something goes wrong for you, you should be able to recover because you have other things going on. Patience is often tied to the decisions that we make about our process.

Luis Melendez Investor from New Britain, Connecticut
This article resembles what I’ve learned and gone through in my investing career. I’ve been involved in real estate for about 8 years. I had a couple of wholesale deals and even purchased a duplex to hold but only now am I achieving the brrrr strategy I’ve sought all this time. And even though I wish I had started this strategy earlier I’m glad I was like the bamboo and let my roots get strong so when I was ready to go, I was confident enough to know my knowledge will get me to financial freedom. Great article Michael

Jamie S. Real Estate Investor from Palm Harbor, Florida
This article is definitely something I needed to hear. I sometimes feel like my efforts are making no progress, but this analogy encourages me to continue. Thank you, Michael!