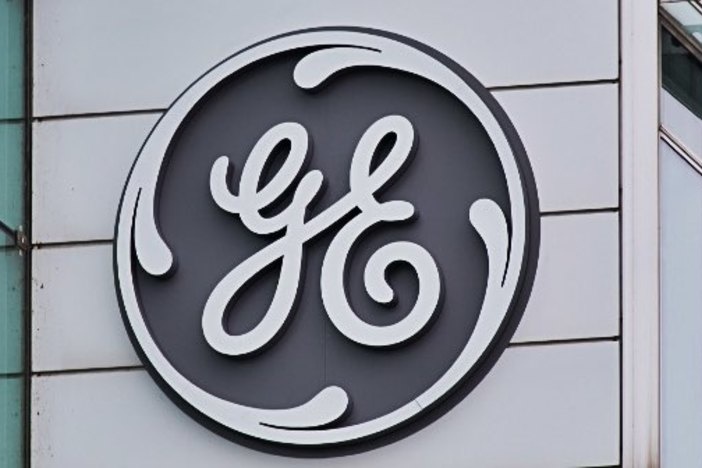 General Electric is one of the largest, oldest, and most identifiable companies in American history. It was founded all the way back in 1892 and is today the ninth largest corporation in the world. All combined, it had over $117 billion in revenue in 2015 and today has a market cap of $266.7 billion and employs over 300,000 people.

But not too long ago, GE could best be described as a lumbering amalgamation of a bunch of mediocre companies. At least, that’s how Jack Welch found it when he first became CEO.

How GE Learned to Reach Its Potential

No, GE wasn’t a bad company, but it was falling far short of its potential. Here’s what Welch and company did to right the ship according to John Maxwell:

“When Welch assumed leadership of GE in 1981, it was a good company. It had a ninety-year history, the company stock traded at $4 per share, and the company was worth about $12 billion, eleventh best on the stock market. It was a huge, diverse company that included 350 strategic businesses. But Welch believed the company could become better…

“Within a few months of taking over the company, he began what he called the hardware revolution. It changed the entire profile and focus of the company. Welch said,

“‘To the hundreds of businesses and product lines that made up the company we applied a single criterion: can they be number 1 or number 2 at whatever they do in the world marketplace? Of the 348 businesses or product lines that could not, we closed some and divested others. Their sale brought in almost $10 billion. We invested $18 billion in the ones that remained and further strengthened them with $17 billion worth of acquisitions.

“‘What remained [in 1989]aside from a few relatively small supporting operations, are 14 world-class businesses… each one either first or second in the world market in which it participates.'” (The 21 Irrefutable Laws of Leadership, pg. 181-182)

And what were the results?

“Welch’s strong leadership and ability to focus have paid incredible dividends. Since he took over, GE’s stock has experienced a 2 to 1 split four times. And it trades at $80 per share as I write this [1998]. The company is currently ranked as the nation’s most admired company according to Fortune, and it recently became the most valuable company in the world [as of that time].” (182)

In the late 1960’s, a new way of looking at large businesses emerged. Before then, according to George Stalk, Jr. and Thomas M. Hout, “…companies were generally organized into profit centers that could be managed for the most part as independent businesses.” (Competing Against Time, pg. 9) But this lead to poor capital and time allocation. For example:

“…in a profit-center corporate structure, a high-growth operation will generally receive capital commensurate with the returns it is generating. This can often mean that such a  company does not get all the capital it could use because a high-growth operation must invest resources before demand, which increases its expenses and reduces profitability.” (10-11)

What GE had was a bunch of loosely connected profit centers, but many of them were suboptimal and merely distracted from the best, high growth, high profit companies under GE’s umbrella. So Jack Welch decided to focus on those and discard the less profitable companies.

What Real Estate Investors Can Learn from Jack Welch and GE

I have written about the “shiny object syndrome” before, and it is worth talking about again. There is a great temptation to do something different, especially after you have started having some success in real estate (or whatever field we're talking about). If nothing else, mere boredom can lead us to this.

But you don’t want to be a jack of all trades and a master of none.

My father once stepped out of real estate into trucking and another time into stock market investing. But these yielded little or nothing. It was focusing more on real estate investment, his primary job, that made him the most money.

On the other hand, I have seen investors get lost in weird side businesses from car washes to affiliate marketing that take up a lot of time but bring almost nothing in return.

Related: What Real Estate Investors Can Learn From the Meteoric Rise of QuikTrip

Jack Welch cut out all the fat and focused GE’s operations on the most profitable companies in its portfolio. He sold other companies so he could invest more in the winners. Everything in life you do has an opportunity cost. If you are doing A you can not be doing B at the same time. So everything you do in a way has a cost to it.

The Difference Between “Good” & “Great” is Massive

Furthermore, there is a steep learning curve with most ventures. The more you do and study real estate, the better you will become. Early on, you will probably make a lot of mistakes. For example, Josh and Brandon like to say that it is very uncommon for a new investor not to lose money on their first deal.

So focus on real estate investment and not all the shiny objects that float around. And focus on a particular type of real estate investment, too. You are not being focused if you buy A and D apartments, commercial buildings, industrial buildings, houses (both big and small) in multiple different states through tax liens, foreclosure auctions, note investing, the MLS, mailings, and the like.

Sure, maybe you can do some of that if you have a large operation and different people who specialize and focus on different things. But overall, you need to stay focused on your core real estate investing strategy and ignore all the rest of the noise.

What companies have given you ideas for your real estate business? What can you take from GE’s story of success?

Mike McKinzie Investor from Westminster, CO
What is interesting is how GE got it all WRONG in the beginning. GE used to be Edison Electric and Thomas Edison was backed by JP Morgan and the Vanderbilt family. Edison Electric lost the Niagara Power Plant contract to Westinghouse, mainly because Edison Electric believed in DC and Westinghouse believed in AC. JP Morgan hated to lose anything, and through legal maneuverings, took control of Westinghouse and created the company known at General Electric. But, AC was here to stay, thank goodness! And, or course, that can be all traced back to Tesla. My point here is that even today, we can get it all WRONG starting out in Real Estate Investing. We buy the wrong house, at the wrong time, in the wrong place, at the wrong price with the wrong financing. We then put in the wrong tenant, hire the wrong handyman and then hire the wrong Property Manager. I bet every investor on BP that has made at least three purchases has bought at least ONE WRONG HOUSE. Personally, I have bought 4. So do not get discouraged by getting it WRONG. GE got it wrong in the beginning and now they are a very successful corporation. Andrew talked about diversifying into other business. It doesn’t work for large companies either. The Walt Disney Company bought the California Angels and the Anaheim Ducks. Fox Corporation bought the Los Angeles Dodgers. They don’t own them any more, it was not within their general expertise. Stick to what you are successful at, what you know and what you enjoy!

Zachary Sargent from Bloomington, Illinois
Did you ever nail it with your commentary about Edison and AC vs. DC. I’m about to jump into this (investing) as I am in the process of securing my financing. I’m started to get some butterflies even though I haven’t even made a deal yet. But that’s a good thing. You can’t make an omelette without breaking some eggs. There’s nothing wrong with failure. MJ once said: “I can accept failure. Everyone fails at something. But I cannot accept not trying.” If I never try how will I know if I can succeed?

Andrew Syrios Residential Real Estate Investor from Kansas City, MO
Interesting history I wasn’t aware of (other than the AC/DC wars between Edison and Tesla, which are fascinating in and of themselves). And great point! Failure is never final. Indeed, at one point or another, it’s basically inevitable. Learn your lessons and move on (in your niche that is).

Jerry W. Investor from Thermopolis, Wyoming
Andrew, I like your articles. I am not able to focus on my niche. I mostly have SFR houses, but I also bought a small apartment complex, and I am in a commercial venture. In a town of maybe 3,000 you buy whatever you can when you can.

Steve Vaughan Rental Property Investor from East Wenatchee, WA
Good article about focus and deploying effort to the profitable sectors of our business. Steve Jobs did the same thing. When he came back to Apple, they had tons of disjointed, half-baked products. He said – let’s narrow this down to 2 that are the best in the business. Once we identify a particular niche or way of investing in a certain market, it’s ok to focus on that. May take some time to ID it, though if just starting out. Rockefeller once said to put all your eggs in one basket. Then watch that basket! Thanks for the article, Andrew!

Timothy Friars
Man that was a good read. I had no idea about any of that. Jack Welsh sounds like a real killer.

Karl B. Rental Property Investor from Columbia, MO
GE is also a MASTER at leveraging what they can do for the community (such as providing jobs) in exchange for ridiculously low property taxes. This idea can apply to real estate by using the principle of a two-way street’. Such as expecting discounts from a construction company who you repeat business with or expecting more from a realtor who has made commissions from you – such as letting that realtor know you want him/her to come to you first with the best deals.

Andrew Syrios Residential Real Estate Investor from Kansas City, MO
Or buying those green tax credits to get their income tax down to zero.