I Took a Break From Social Media for 30 Days: Here’s What I Learned 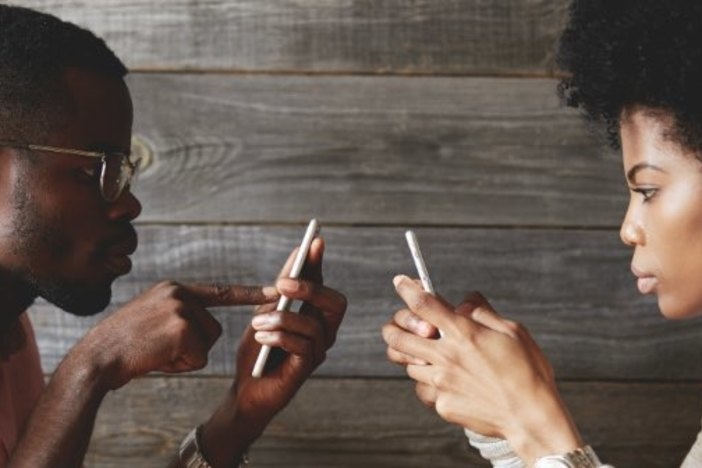 For the month of June, I decided to do a social media fast. That means no social media for 30 days. I don't know about you, but for me, Facebook is a distraction. And as a real estate investor, it's usually distracting at times throughout the day when I need to focus on the task at hand. And of course, things blow up in this business, and there are always deals that need some extra attention. At one point, I thought I was the only one addicted, but in talking to many other of my entrepreneur friends, I found that they were addicted as well. I talked with them about ways to reduce time on social media — and put more time into running our businesses.

The first week, I was going into relapse after deactivating Facebook. I was checking my phone a few times every few hours, realizing that I was not active on the site anymore. I always write down my things to do in my day planner. Some people use online planners, but I personally need to physically write it down. I noticed that I was able to blow through my tasks at hand. I did not do one task, then take a break to hop on social media. I was actually more productive. I also noticed I was able to deescalate my acquisition manager’s issues and questions a lot faster due to the fact that my tasks at hand were already completed.

Related: How to Fill Your Life With Positive Influences (for More Happiness & Productivity!)

By the second week, I stopped going through the withdrawal of not having access to social media. The first few days of going cold turkey are usually the roughest. In this particular week, there were not too many tasks for me to get done because I’d completed them the first week. Normally, if something does not get done, it gets rolled over to the next day. I am also ashamed to admit that the next day sometimes turns into the next week.

I mean, if you have to change locks at a property, that could eat up 3 hours or so depending on everyone's schedule and travel time. I don't know about you guys, but if an absentee owner does not have keys to their property, I offer to change locks FREE of charge to them as long as we have a signed contract or I get first dibs at the house. In the event I don't buy the house, I send them the keys. Being that I had light schedule, me being out 3 hours at a time did not affect my productivity.

In the third week, I was not even thinking about Facebook — or any other social media platform, for that matter. I was getting a lot of text messages from friends asking if I was OK due to them not seeing me on Facebook, which is rare. I mean, a lot of people thought I was going through some rough things. One guy said he thought I was caught up in some kind of scandal, and few people thought I blocked them. I had to explain that I was simply trying to “master myself” — and anything you can’t detach from, you are dependent upon. Anyway, I was able to come up with some great new strategies to acquire more deals. I am now in the implementation stage.

By week four, it was a breeze, and of course I felt good because I was able to detach. And even better, we had a very profitable month in my business. I also had more time to get on BiggerPockets. I don’t consider BP to be a distraction because you can make very profitable connections and gather tips to grow your business. I encourage you to download the BiggerPockets app. Be sure to get a Pro account to get all the features to maximize your business.

In conclusion, disconnecting from social media might be too much at first, but remember, Rome was not built in a day. If you use Google Chrome, you can add an extension called “Stay Focusd.” (And yes, I spelled that correctly — it does not have an “e.”) Now I simply block certain times on Facebook throughout the day when I should be working. It works well for me and allows me to focus. I challenge you guys to take a social media break and put an intense focus on your business.

Have you ever taken a social media break?

Lydia S. Real Estate Agent from Albuquerque, NM
I’m an oddity I think as I’ve never used FaceBook, nor do I plan to. My biggest distractions online are BP and Solitaire lol. Good for you at breaking the habit! Now if only I could convince my husband…

Carl Miller from Littleton, Colorado
Lydia, Solitaire was the bane of my existence (Hours of my life down the memory hole) until I figured out how to uninstall the useless little games that Microsoft infects its computers with. I’m now 5 years video game free (I even have a sobriety coin like from AA). It’s been amazing how much extra time I have. Facebook was a bit of a distraction until I used the stay focusd extension.

Quintessa Haynes from Houston, Texas
Wow! That is amazing! I’m going to unintelligible FB to focus on BP & investing. I need new strategies.

Quintessa Haynes from Houston, Texas
*uninstall – I guess my smartphone isn’t so smart after all… :/

Cristina
Nice article, Nasar, well written and to the point. Kudos for breaking the habit & keep it up! It is also quite disturbing on how a lot of people got hooked on social networking to zero advantage. It has caused feud between families & friends. @Lydia , there’s two of us now in the oddity of not having a Facebook account ever. I had friends & relatives who considered me eccentric & very anti social just because I am the only person they know who does not use Facebook. While they were busy looking at never ending pictures of their friend’s daily activities, places they go to and food they eat, I am busy reading books & BP articles & attending seminars to get more ideas on how to grow my Real Estate investments. And to no surprise, they are weird out about my passion.

Tapanga Matthews from Mississauga, Ontario
Great Read! I can admit to being a social media junkie. It really serves no immediate purpose other than socializing (and sometimes getting lost in other peoples lives). I’m sure I could read 4 BP articles in the time i spend scrolling and tapping on social media. I’m going to challenge myself to this social media fast! Best Regards, T.Matthews

Quintessa Haynes from Houston, Texas
I know right. Before I know it, hours would pass and I would feel so unproductive! I am going to challenge myself as well…Everything I need for REI is OUTSIDE of FB. I am just so nosey tho…

David DuCille Residential Real Estate Agent from Tampa, Florida
As a licensed realtor, I need Facebook. It generates a lot of business by providing social proof and networking opportunities. As an active investor, I need to step away from it and stay on task so I can totally relate to the article, it can become a huge time suck.

Maggie Tasseron Investor from Palm Desert, California
It might be easier for social media junkies to break their habit if they would only understand that so many people on these sites are just pixels on a screen who are probably lying about who they are and what they are doing in order to try to make themselves seem more interesting to other pixels.

Chris Falk Investor from Yakima, Washington
Great post! I finally caved and joined FB in the spring of ’14. I’ve thought about deactivating about 100 times. I do a pretty good job of only checking FB a couple times per week (generally) but it’s weird how suddenly 30 min of my life disappears when I do peruse posts. I do see the good side of it for some people personally and professionally (as the realtor above mentioned) and I admit that at times I get a chuckle out of some friend and family posts, photos etc that I otherwise would not see. It also reminds me of some important life events that happen to friends and family. That said, it spooks me to see some “friends” on FB develop narcissistic personality disorder and I really didn’t notice the person had this trait before the advent of social media. There’s a line somewhere in the sand in which I do not need to know every last thing that you are doing today, whether you’re on the greatest vaca ever, checking in while at the grocery store or musing about the meaning of life. I’ve unfollowed a lot of friends in FB so as not to offend them by officially Un-friending them and have tried to pare the list down to family and friends that I value hearing about or from. I actually entertained signing up for Twitter a few months ago as I’m a news/reading junkie but fortunately I came to my senses and realized I would never come up for air if I tried to keep up with all the people, news sites etc I might be interested in following….