4 Questions That Separate ‘Want’-repreneurs From Entrepreneurs 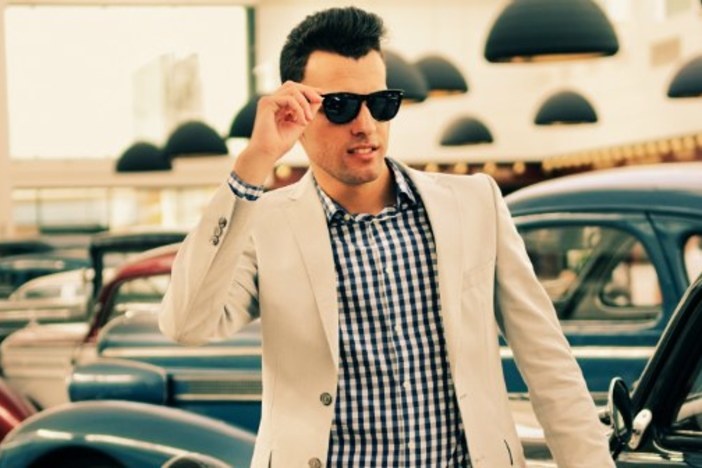 Michael Jordan once said, “Some people want it to happen. Some wish it would happen. Others make it happen.” Which kind are you? Do you take action to achieve your goals, or are you just waiting for what you want to materialize?

In other words, are you an entrepreneur or a “want”-repreneur?

Perhaps that’s an unfair question. After all, most of us can be a little of both at times. Some days, I’m an action-taker, and other times I realize that I’m dreaming but not taking steps to get there. So, how can you make sure you lean toward the “entrepreneur” side as often as possible? Easy — ask yourself these four questions.

There are few things in today’s world that simply cannot be accomplished. Everything else is on a sliding scale of difficulty. In other words, in today’s connected world, it’s rarely a question of “if” but “how.”

Therefore, if you want to move from want-repreneur” to entrepreneur, you must become someone who continually asks, “How?” rather than “If.” Because, asking the latter gets you nowhere: It allows your brain to simply say no.” It signals your return to evenings of Netflix and popcorn.

Related: Want to Be a Bona Fide Entrepreneur? Avoid These “Wantrepreneur” Habits!

Asking “how,” in contrast, gets your creative juices flowing and allows for solutions:

By assuming that something can be done, you’re just a matter of time away from figuring out how to make it happen. For example, when I invest in real estate, I don't ask if I can afford to buy a property; I ask, “How can I afford to buy?” That question has allowed me to acquire more than 50 rental property units, and I’m just 30 years old.

So, how are you going to reach your goals?

2. Whom are you learning from?

Three times a week, I play racquetball at my local YMCA against my good friend Robert. Robert has played, on and off, for almost as long as I’ve been alive; naturally, he kicks my butt every game. So, why do I keep playing him?

Because I’m getting better. Sure, I could play someone with less skill, but I’ve had to ask myself: Do I want to win games, or do I want to get better? If I wanted the former, I’d play against my 4-year-old niece, Jada.

The same principle applies to entrepreneurship. While it seems silly to take advice from someone less successful, want-repreneurs do it all the time. They take money advice from broke friends and entrepreneurship advice from family members who have only ever worked a day job. Half of the advice is bad, and the other half is far too kind.

On the other hand, entrepreneurs look for those who are wildly more successful than themselves. They want their butt kicked because it means they’re growing. They want to suffer because they know suffering produces endurance, and endurance produces character.

3. What do you do about your many ideas?

Both entrepreneurs and want-repreneurs have a lot of ideas.

Want-repreneurs have a new idea each week and are constantly chasing the next shiny new object. Each idea seems more awesome than the previous one, and they spend a few days thinking and planning until the passion fades and they move on to the next idea.

Entrepreneurs, on the other hand, understand that the passion will not last, but they continue to work on just one idea for as long as possible. They know that nearly any idea will work, given enough time and focus. Rather than jumping from one idea to another, entrepreneurs follow one path until it either fails or succeeds.

Related: From One Newbie to Another: How I Stopped Dreaming & Started Taking Action Towards My First Deal

They know that success is not about doing the right work, but doing work right.

4. What’s on your schedule?

Here’s a little riddle for you: What day is the best day to work on your business? For the want-repreneur, it’s always tomorrow. Want-repreneurs have a lot of plans and ideas, but rarely take the time each day to work on the nitty-gritty in their business.

Entrepreneurs, on the other hand, schedule time each day to work on their most important tasks. This concept, often known as time-blocking, can completely revolutionize a business because tasks are given a place of priority among all the calls, meetings, commuting, haircuts, kids’ soccer games and other daily events. Time-blocking is how entrepreneurs get things done.

Being a want-repreneur, then, is easy. All you need to do is dream. But if you want to see your actions produce fruit, you need to shoot the ‘want-repreneur’ in yourself and start taking action.

[This article originally appeared on Entrepreneur.com.]

How are YOU taking action on your goals?

Sharon Vornholt from Goshen, KY
Great article Brandon. These are simple concepts that are overlooked by so many “wanna-be’s”. Sharon

Randy E. Rental Property Investor from Durham, NC
Tomorrow is ALWAYS a great day to do something. 😉 But today is usually the best day. I just don’t always want to do it today. 🙁 Thanks for the kick in the pants, Brandon. I need to do something today and was just about to let it slide until tomorrow.

Douglas Larson
Great reminders Brandon, especially about learning from those far above ourselves. I’ve got to implement that better than I am. It’s just too easy to stagnate or plateau when things are comfy.

Carlton Francis Real Estate Professional from Irvine, California
Love it! Working to put that ‘Want’-repreneur in me to death each day!