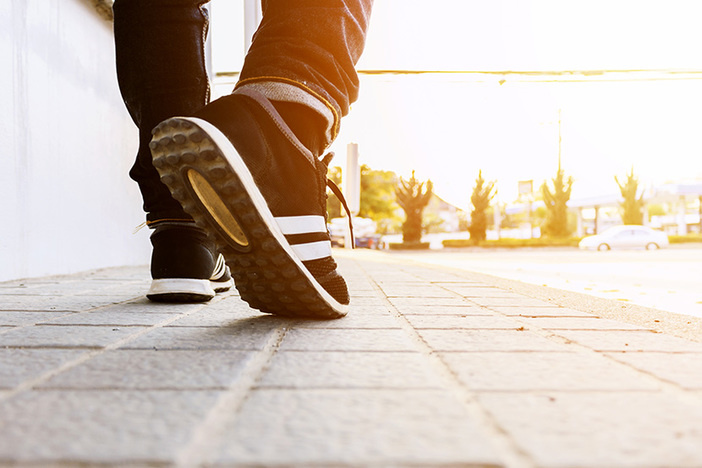 America is still mourning the death of legendary NBA player Kobe Bryant, who died Jan. 26 in a tragic helicopter crash along with his 13-year-old daughter, Gianna, and seven others.

Kobe and Gianna were laid to rest Feb. 7 in a private funeral in Corona del Mar, Calif., according to news reports. A public memorial took place Feb. 24 at the Staples Center—where for nearly 20 years, Kobe played for the Los Angeles Lakers, delighting fans and etching his name on the list of basketball’s greatest names.

As we honor Kobe’s memory, I’m reminded he was much more than an athlete: He was a husband and father, a creative artist, a philanthropist, and even a capitalist. He lived a remarkable, although not perfect, life full of lessons on how to persevere, succeed, and overcome hardships and mistakes.

Following are three lessons from Kobe’s life we can reflect on.

This is a character trait that has largely been lost in the past generation or two—not just by athletes but by Americans as a whole.

Kobe stayed with the Lakers his entire career, which spanned two decades. He certainly could have been lured away by the glitter of a championship ring or a few million more dollars from another team. And I’m sure this tempted him. But he resisted that urge for the sake of his teammates, his coach, and his reputation.

We would all do well to consider where our loyalties lie. Have we made promises to an employer? Employees? A spouse? Parents? Children?

Related: If You Fail Because You Dodge Accountability, Here’s a Surefire Solution

Numerous skills can be attained by training. Many subjects can be learned by education. But loyalty is an inner character trait, a barometer that puts our other values to the test.

Loyalty often looks like putting the interests of others before your own. Bryant showed loyalty to the game of basketball and his friends in his very last public statement. The day before his death, his on-court rival, LeBron James, surpassed him in the scoring record books.

Kobe’s response? “Continuing to move the game forward… Much respect my brother,” he tweeted at James.

We never know when a conversation or a comment will be our last. Kobe Bryant finished well in this regard. And this is one way he will be remembered.

How do you want to be remembered?

Kobe was famous within the NBA community for his unearthly focus and work ethic. Even in high school, it’s said he arrived to start practicing at 5 a.m. and left at 7 p.m. After a hard session, he would recruit players to stay behind to play to 100. Even as a pro, he kept players after practice to try out new moves.

Bryant kept a running tally of all his points in practice and wouldn’t stop until he hit 400. He was even known for grueling workouts on game days.

According to ESPN’s Rick Reilly: “Among a dozen other drills, Bryant does suicide push-ups. At the top of the push-up, he launches himself off the mat so hard that both his feet come off the ground and his hands slap his pecs. He does three sets of seven of these.”

Bryant retired as a result of three painful injuries. Through his pain, he scored 60 points in his last game on April 13, 2016. We all could learn something from Kobe’s work ethic.

For example, as an entrepreneur and investor, my biggest mistake over the years was chasing shiny objects. But as the ancient Chinese proverb says, “He who chases two rabbits catches neither.”

Saying yes to the one thing you want to be remembered for means saying no to a thousand others. The question is, are we willing to pay the price to get it?

It’s common knowledge that many well-paid professional athletes and celebrities wind up broke and bankrupt. Not Bryant. As a savvy capitalist, he co-founded Bryant Stibel, a venture capital fund that invests in tech, media, and data startups.

One of his investments, a $6 million share in a soft drink, turned into $200 million when it was acquired by Coca-Cola a few years ago.

Related: Inspirational Success Stories Are Great—Unless They Lead to Goals You Never Wanted

Bryant didn’t “luck into” these types of investments. Though he could have kicked back to enjoy retirement, he worked as hard off the court as he did on it. He understood the long game.

His stated goal was to create something in the investment realm that would be built on and remembered for generations.

This final lesson is relevant to approximately 40 million Americans who are looking to retire within the next decade or so. Currently, six in 10 people who hit retirement age have less than $10,000 saved. You don’t have to be a basketball legend to be prepared for retirement, but you can be ready for it by focusing—like Kobe did—on the long game.

Kobe Bryant left us a legacy of loyalty, hard work, and focus and an investment strategy we can all learn from. As we mourn his passing, let’s ask ourselves what we can learn from the many triumphs throughout his too-short life.

John C. Investor from New York, NY
I don’t watch any sports. So, all I know about Kobe is his name on the news. But that was a great tribute to a very fine human being. Thanks for the article, Paul.

Paul Moore Investor from Lynchburg, VA
Thanks so much, John C. Very kind of you.

Logan Eckstein from Durham, North Carolina
"Currently, six in 10 people who hit retirement age have less than $10,000 saved." This blows my mind. Thanks for the great read.

Paul Moore Investor from Lynchburg, VA
I appreciate that, Karen!

Pamela Bills
Thanks Paul for this great article!

Paul Moore Investor from Lynchburg, VA
And thank you for your kind reply, Pamela!

Brandon Dukes Rental Property Investor from Baltimore, MD
Thanks Paul for the article

Paul Moore Investor from Lynchburg, VA
You are welcome, Brandon.

Andrew Syrios Residential Real Estate Investor from Kansas City, MO
Kobe also had that killer instinct to just get it done. I hated him when he was playing (Blazers fan) but whenever he took that final shot, it was like he willed it into the basket. The only one who was better at that was Jordan IMO.

Paul Moore Investor from Lynchburg, VA
Andrew, Well-said. It was like "Think and Grow Rich" for basketball, wasn't it?

Paul Moore Investor from Lynchburg, VA
I know, and it makes me doubt the stat. But I believe it is real! My dear parents were an example.

Dan Kryzanowski
ABC (Always Be Classy)... A fair number of my childhood/college friends played against Kobe, all summarizing that he was "Killer on the court, most polite guy off the court" https://www.wnep.com/article/sports/jack-lyons-and-willie-chandler-on-the-late-kobe-bryant/523-f2f3d32e-1bc4-4290-a963-57dee04a8785

Paul Moore Investor from Lynchburg, VA
Hey Dan, Great to hear from you again. Yes, that is what they say!

Account Closed
Great Points Paul, Can I use your article for my video? And I'll definitely mention your name or your article link or your social media link in my video

Paul Moore Investor from Lynchburg, VA
Absolutely! (And that is a strange name for an account BTW)