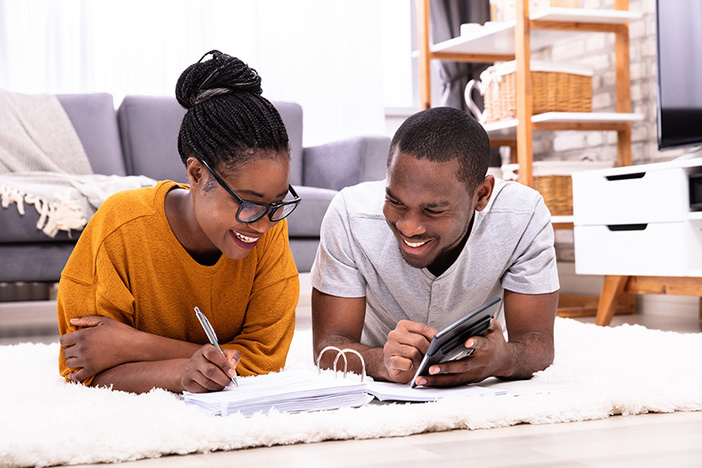 One of the most beautiful benefits of real estate is the tax credits it allows, the most famously known being the 1031 exchange.

In the summer of 2018, while guest hosting a show, I came across ANOTHER strategy, a variation of the 1031 called the 721 exchange—aka “real estate’s best kept secret.”

(Here’s an article I wrote in Entrepreneur.com about this.)

I’m currently in the process of selling off one of my first properties, a New York City triplex, where I stand to make a decent spread on the purchase price. Naturally, I have to figure out whether to 1031, take the tax hit, or—as would be the obvious choice—to 721 it into one of our developments.

As fate would have it, I recently reconnected with the czar of this strategy, Julio Gonzalez, real estate investor and CEO/founder of tax advisory firm Engineered Tax Services. As an investor, Gonzalez has built an impressive real estate portfolio since 2001. His latest deal was buying a property for $1M, and then leasing the freakin’ roof to AT&T—for $5 million.

A bonafide tax expert, Gonzalez works with Congress, the Senate, and the Administration on tax code.

"I'd say 96 percent of large developers aren't aware of the tax strategies and tax credits made available to them," Julio says. "Just the instant depreciation strategy alone, most developers don't even know that."

This tactic allows you to get INSTANT depreciation on any non-structural component of a building. (Including condos. I’ll get back to that strategy in a second.)

We recently sat down to discuss some of the latest tax strategies, what investors—big or small—can do to save themselves a lot of money.

If you're a regular on BiggerPockets, you of course know about the 1031 exchange, a very popular tax deferral strategy used by pretty much every professional investor. However, the 721 exchange allows you to take the capital gains and put it into several real estate projects and/or funds.

Unlike the 1031 exchange—which forces you to identify a similar property to buy within 45 days, a timeframe that may force you into a subpar deal—you can identify several and diversify your capital gains.

So how do you do it? And what does it cost? “You have to talk to your CPA and have him do the paperwork for you,” Julio said in our sit-down. “But the costs are in the $1,500 range.”

I personally loved the sound of this and couldn't wait to scribble it down. Obviously, some of the coolest things about real estate investing are the tax benefits it grants you, including depreciation.

Related: Depreciation: Learn the Basics Ahead of Tax Day!

In short, you can write off the value of your building in taxes over the course of 27.5 years. The logic being that a building’s physical structure loses value over time due to wear and tear. (Even when everyone, including the IRS, knows that it really doesn’t.)

One little-known tax hack, however, is the instant depreciation method through a cost segregation analysis of your investment property. The non-structural components of the building can be written off.

“What you do is you do a forensic study of building to determine what’s structure vs. non-structure,” Julio told me. “From there, you can expense the non-structural component immediately.”

Even better? You can use it on condos! Which are, by definition, almost entirely non-structural. In other words, you can credit the depreciation savings you’d collect over nearly 30 years immediately.

OK, so the whole point of writing this article is to shed light on little-known strategies—hence why there’s little written about them in the major publications.

Every few years the deduction expires. From there, Congress includes it in an extender bill, often on a retroactive basis. This is exactly what happened on Dec. 20 by the President, per Bloomberg—the only mainstream media source I could find even detailing this.

Related: The Battle for the Throne: Opportunity Zone or 1031 Exchange?

“The 179D allows you tax benefits for achieving certain energy-efficiency thresholds,” Gonzalez explained to me.

“The 179D allows investors a deduction of up to $1.80 per square foot for the installation of energy efficient property. It behaves similarly to bonus depreciation as it is an immediate write-off, which reduces the depreciable basis of the asset.”

One thing to pay attention to here. In order to be eligible for this tax code, your building has to be 10,000 square feet and up. The costs to do this come out to 2 to 3 cents per square foot, Gonzalez said.

So, how do you know whether your building is energy efficient? “It goes according to ASHRAE standards,” Julio explained. “They come up with benchmarks; you just have to beat them.”

This one is potentially more potent for younger investors with smaller properties.

Only difference is that eligible properties include three-story/smaller multifamily. Meaning qualifying properties include apartments, condominiums, townhouses, and single family homes. "Other than that, it's pretty much the same [as 179D]," Gonzalez added.

So, how does this one work? “You can model it based on IRS-approved software,” he said. “Takes a week to get done.” (Here’s a list from the government of approved software, should you decide to go this route.)

Questions about the above? Comments?

Christopher Smith Investor from brentwood, california
Absolutely nothing secret or magical about 721, it's been in the tax code essentially forever and simply permits in most (but not all) situations for someone to make contributions to a partnership without the immediate recognition of gain, as 351 does in a similar manner for contributions to made to a corporation. Sounds like someone is just a little desperate to find something to write about.

Lam Quan
Agreed, 721 is not a secret. However, Phillip did a great job writing this and added value for many people on here. No, he did not come across as desperate. Rather than strike him down, we should be encouraging his efforts. To pick on one simple word and devalue his entire article is petty.

Dave Rav from Summerville, SC
Great article! I loved the little known secrets in the tax code you discussed. Thanks

Joseph M. Rental Property Investor from Sacramento Area, CA
Hi, I think you might want to have a talk with a tax professional regarding Cost segregation and INSTANT depreciation. I currently use this method for all of my properties and have been for years. It is NOT INSTANT depreciation. In cost segregation, it is determined what is structural and what is not. The components (and their value) of the property that in not structural is set to the side. Those components are then separated by their respective depreciation schedules. Some are depreciated over 3-years, some 5, 7, 15 years. The non-structural component value is then subtracted from the total depreciation value of the structure [which is the property value - land value]. That amount is the structural value and that is depreciated according that schedule (27.5 years or 39 years, depending the schedule the property falls under). Under Cost Segregation, you get to capture more depreciation in a shorter amount of time (3,5,7,15 years) while your continue to depreciate the structural components over the standard amount of time. Just note, over time, the shorter depreciation time period will end and your depreciation expense will lower accordingly. It works out very well if done properly. I am a believer in getting my dollars back as soon as possible, but I also realize that it is NOT INSTANT! I would advise anyone that is going to do this to talk to their tax professional to see if it is worth the trouble for your situation. Hope this helps.

David Cook New to Real Estate from Sheridan, Wyoming
Joseph, I'm not an expert by any means, but I believe what you're speaking of is how it was done prior to the 2018 tax changes. I believe post 2018 you can get instant depreciation on anything with an expected life of less than 20something years.

Lee Ripma Rental Property Investor from Los Angeles, CA
Looks like a 721 can only be used for REITs. Can it also be used for stares in LLCs.

Ashok Bhojwani Investor from Plainfield, Illinois
Great Article Philip. Of Course like anything else recommendations are to consult one’s CPA before taking any steps. Just knowing this added value for me. Thanks for sharing. Best Regards Ashok