The Best Advice I’ve Ever Gotten (For Life and Business) 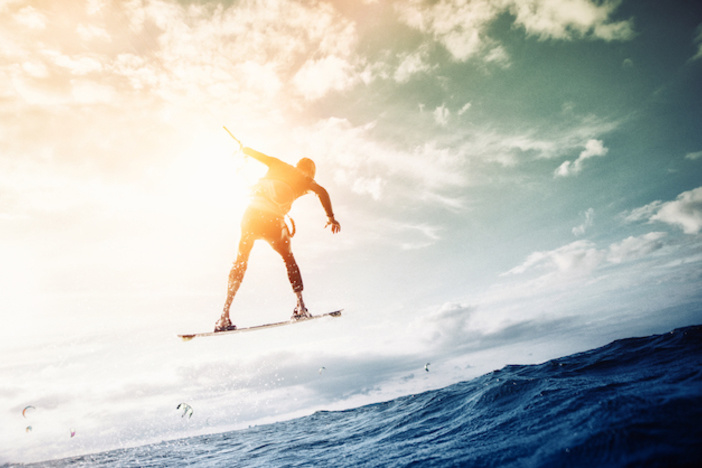 One of the most pervasive yet irrational fears that virtually everyone shares is that of other people’s opinions. I certainly have suffered from it, and it was especially bad back in my youth.

Fear of what others might think should never guide your actions. The input of people we trust should inform our decisions; but fear of failing, and fear of looking silly or ridiculous, should not.

Now, I don’t mean that what other people think of you is not important. Indeed, maintaining a strong reputation is critical in real estate or any business — and in life in general.

But I can only wonder how many great ideas, businesses, inventions, or relationships never came to be because someone was too afraid of what others might think. The number is incalculable, and the world is a lesser place because of it.

The Best Advice I’ve Ever Gotten

I’ve become a big believer in using “systems,” not just in our business, but in life in general. For example, one system I employ is that everyday, I must either go to the gym or get dressed to work out. I don’t have to work out if I don’t feel up for it, but I do have to show up. Almost invariably, just taking the first step will get me to work out. (By the way, I shamelessly stole this technique from Scott Adams.)

But this philosophy goes deeper than just using systems to order your day or manage your business. "Systems" can be as simple as rules to live by — to alleviate fear or any other sort of bad habit. The best one I’ve heard is from Brian Tracy, from his book Change Your Thinking, Change Your Life:

“There is a rule that I have learned from experience: Never do or refrain from doing something because you are concerned about what people might think about you. The fact is that nobody is even thinking about you at all.”

We are all the heroes of our own stories. We often believe people are paying much more attention to us and our foibles (real or perceived) than they are.

I have paraphrased Tracy’s advise into this simple rule that I have pounded into my brain and systematized into my life as best as I can:

“If I want to do something, and the only reason that I would not is for fear of what others might think, I do it.”

Give yourself no outs. Give your mind no room to wander through the various disaster scenarios, which almost invariably will not come to pass. My dad once told me that “99 percent of what we worry about doesn’t happen.” And it’s true. Most of life’s true misfortunes blindside us. The endless worrying we do is pretty much just a waste of time. Again, this doesn’t mean that you shouldn’t prepare or be cautious. Preparation and caution are very different from worrying. If this rule isn’t enough in and of itself, follow Dale Carnegie’s advice in his book How to Stop Worrying and Start Living. Take a pen to pad and write down what the best and worst possible outcomes of taking a certain action might be. Then write down what you would do if the worst outcomes came to pass. Usually, when you write it all down and see that the worst case scenarios aren’t actually that bad, your fears diminish.

But returning to Brian Tracy’s advice, the key is to hammer this rule into your mindset. Eventually, it will become something close to second nature.

Related: Ready to Quit Your Job? STOP! Here’s Why That’s The Worst Idea for New Investors

Putting it Into Practice

Take a common scenario: John is afraid to ask Jane out on a date (or vice versa). He lets his mind wander through a thousand different scenarios: “What if she rejects me?” “What will my friends think?” “What if I embarrass myself?”

Your friends might talk about it for days to come. Someone might even make a snide remark. The horror!

Now maybe John shouldn’t ask Jane out. Maybe they just met and it would be inappropriate, at least at this time. Or perhaps they are work colleagues and it could cause all sorts of inter-office problems. Or maybe he’s married, in which case, why are you even thinking about this, John? Or maybe Jane is a bloodthirsty psychopath hellbent on John’s complete and total destruction. Those would all be good reasons not to make such a request. But fear of judgement should have nothing to do with it.

Let us turn to real estate. Should you jump into real estate investing full time? Well, there are reasons not to. Perhaps you don't have enough savings right now and need to save up. Perhaps you have a baby on the way and it would be best to wait until things are more stable. Perhaps you just got a lucrative seven figure job offer. Those are good reasons to delay your decision or even turn to something else.

But if you really probe your own thoughts and feelings, you can usually parse out what the real motivation is behind your consternation. And quite often, you will find that such feelings result from fear of what others might think. Some might claim a fear of failure is also at play, but I would argue that those fears are mostly one in the same. The fear of failure is, for the most part, the fear of what others (and perhaps yourself) will think of you if you fail.

Related: How to Uncover Amazing Deals By Simply Changing Your Mindset

As Henry David Thoreau put it, most people “lead lives of quiet desperation.” People may judge you if you try, and also if you fail. So what? In all likelihood, their judgement is simply a rationalization of their own inaction. Deep down, they will envy you, even if you fail, because you tried and they did not.

So make it a rule. Make it a system to live by: Whenever there is something you want to do, if the only reason not to is the fear of what others might think, do it.

No other questions need be asked.

What advice do you live by? Drop me a line below!

Geoff Neidenbach Investor from Saint Louis, Missouri
Great article. This is something that can be read on a regular basis as a reminder.

Mario Mormile Investor/ Real Estate Agent from Burton, Ohio
Powerful… fear can cripple us like none other. Fear held me back from pursuing real estate early on in life. When I realized that I wasn’t so incredibly important and that everyone was not watching and waiting to see everything I did next, I was able to take action. Thanks for sharing, Andrew!

Jered Souder Accountant from Eugene, OR
Awesome Article, this one gets me a lot. I need to get my fear under control. Hope things are Good in KC.

Andrew Syrios Residential Real Estate Investor from Kansas City, MO
Hey Jered! Glad you found it helpful. By the way, I’ll be in Oregon around October 8thish, we should definitely grab a drink.

Paulo Silva Investor from Montclair, NJ
Very good article… about 15 years ago I had an opportunity to buy 2 multifamily properties in Montclair, NJ consisting of 18 units for $240,000.00. I didn’t, I remember telling myself ” I don’t have a collage degree, I don’t come from money, I’m not experienced enough I’m getting in over my head” I walked away from the deal with everything approved even my mortgage and I cancelled the deal. Today those 2 properties are worth over $2 million dollars, I have since bought and sold over 30 properties and every time I get nervous I ask myself does the deal not make sense or am I just scared, and if I’m just scared I know exactly what I have to do !!!

Elizabeth Price
Great article! It is a challenge to overcome our own fears about doing things we truly wish to do. A wise friend and colleague gave me this formula to remember along these same lines, when feeling stuck in a “what if” loop about other people’s opinions of what we do: SWSWSW=N. “Some Will, Some Won’t. So What? NEXT!!”

Andrew Syrios Residential Real Estate Investor from Kansas City, MO
That’s a good saying, although it could use a few vowels to make it easier to pronounce.

Fernando Galvan Investor from North Kingstown, RI
Nice article. Fear can be debilitating but it’s just in our heads and be overcome.

John Murray from Portland, Oregon
When one learns to embrace fear and control the thrill of the edge one has mastered life. Jump out into the cold dark night at 30,000 feet with your comrades in arms all else pales. Do something extraordinary when you are young, this will separate the individual from the heard of followers. Survive something that others run from, success willow follow. The caveat is when is something is intelligently brave and what is just plain stupid. The risk matrix must be analyzed to have a successful outcome. RI investment is a skill with many factors that mean success or failure. The individual must have a risk matrix for success or failure is for certain.

Minna Hu Rental Property Investor from San Jose, California
This year has been a really challenging year for me and my husband, having a newborn, work full-time, and self-manage our rental buildings, though we had lots of help from family members, once a while I got into the worrying mood and I dwell myself days into worrying, about finance (lots of bills to pay), our health and work. I really need to remind myself about living in the present. Thank you very much for the sharing. I started to read the book How to stop worrying and start living. Few pages into it, I feel very helpful! Thank you, Andrew!