Beware “Yes,” Master “No”: The Surprising Key to Skillful Negotiation 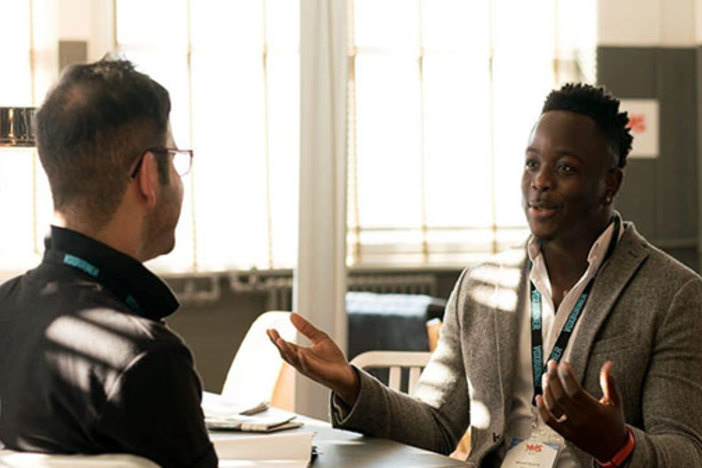 This week, I pick up on my discussion of some of the key concepts of Never Split the Difference: Negotiating As If Your Life Depended On It

by Chris Voss, which is easily the best book on negotiating I’ve read.

One of the main points is to "beware ‘yes,' master ‘no.'" The problem is that many negotiating techniques are obsessed with "getting to yes" at all costs and do so by creating a chain of small and inconsequential "yeses" in order to make people feel obliged to say "yes" to the offer. Indeed, this would seem to make sense and falls into the concept of consistency I wrote about when discussing Robert Cialdini’s book Influence: The Psychology of Persuasion

“It is, quite simply, our desire to be (and to appear) consistent with what we have already done. Once we make a choice or take a stand, we will encounter personal and interpersonal pressures to behave consistently with that commitment.” (Cialdini 52)

Related: The 3 Things to Remember Before You Negotiate a Real Estate Deal

Cialdini gives many examples including one saleswoman who convinced him to pay $1,200 to join a membership club with discounts for various things that he didn’t want because she created a “chain of yeses” by asking him whether he likes to go to the movies and eat out and whatnot, as if she was giving a survey.

The Line Between Persuasion & Manipulation

This may sound effective, even if it's manipulative. But that's the problem—it comes off manipulative because it is manipulative. She didn't "convince" Cialdini to buy that membership; she manipulated him to buy it. With small items, this technique can work (sometimes), but with big things—like, say, real estate—it will usually fail.

Indeed, you may be able to get the person to say yes, but then they go dark for a few days. Ever had this happen to you? Then when you’re finally able to get them back on the phone, they hem and haw back and forth and eventually back out of the deal. I’ve rarely seen a deal get saved from this ledge in any way, shape, form, or fashion.

In some contexts, this technique is effective, although it needs to be used in a constrained manner. For example, in my article on Cialidini’s book, I note one way to take advantage of this in real estate would be when showing a house for lease or sale and saying something like, "I love this house. Don't you think it has a fantastic deck and backyard?" This makes them consciously agree that the house has a fantastic deck and backyard, which means, to be consistent, they should probably go ahead and apply or make an offer.

But overuse this technique, and you will come off as manipulative and lose any rapport and trust you may have previously built. Instead, at the absolute most, it should be peppered in here and there. Chris Voss walks us through the psychology with a very familiar example:

“Let me paint a scenario we’ve all experienced. You’re at home just before dinner and the phone rings. It is, no surprise, a telemarketer. He wants to sell you magazine subscriptions, water filters, frozen Argentine beef, to be honest, it doesn’t matter as the script is always the same. After butchering your name and engaging in some disingenuous pleasantries he launches into his pitch. The hard sell that comes next is a scripted flow chart designed to cut off your escape routes as it funnels you down a path with no exit but yes.

“‘Do you enjoy a nice glass of water from time to time?’

“‘Well yes, but…’ ‘Who is this guy with a fake smile in his voice,’ you wonder, who thinks he can trick you into buying something you don’t want. You feel your muscles tighten, your voice defensive and your heart rate accelerate. You feel like his prey… and you are.

“The last thing you want to do is say ‘yes’ even though it’s the only way to answer when asked ‘do you drink water?’ [By the way, if this ever happens to you, just say ‘no’ with as straight a face as possible and see what the telemarketer can do when thrown off script] Compromise or concession, even to the truth, feels like defeat. And ‘no,’ well ‘no’ feels like salvation, like an oasis. You’re  tempted to use ‘no’ even when it’s blatantly untrue just to hear it’s sweet sound.”

These calls are uncomfortable. Sometimes people get bullied into buying from them. But most of us have learned to slither our way out of it. I should note, the same goes for negotiations in real estate, and one of the ways sellers slither out is to say “yes” and then go dark. If this has happened to you a lot, you can blame those “crazy sellers” all you want, but you’re the common denominator.

Instead, Cialdini’s view (as well as mine) needs a thorough updating. Voss again:

“Now let’s think about this selling technique. It’s designed to get to ‘yes’ at all costs as if ‘no’ were death. And for many of us, it is. We have all these negative connotations with ‘no.’ We talk about the rejection of ‘no.’ About the fear of hearing it. ‘No’ is the ultimate word. But at the end of the day, ‘yes’ is often a meaningless answer that hides deeper objections. And maybe, is even worse. Pushing hard for ‘yes’ doesn’t get a negotiator any closer to a win. It just angers the other side.

“So if ‘yes’ can be so damn uncomfortable and ‘no’ such a relief? Why have we fetishized one and demonized the other. We have it backwards. For good negotiators, ‘no’ is pure gold. That negative provides a great opportunity to clarify what you and the other party really want by eliminating what you don’t want. ‘No’ is a safe choice that maintains the status quo. It provides a temporary oasis of control.” Don’t Be Afraid to Hear “No”

We should want to hear “no” a few times if the negotiation is more in-depth than just shooting out offers at REO listings to see what happens. We have to train ourselves to stop dreading the word “no.” Indeed, one particularly useful exercise I had in a negotiating class back in college was “collecting no’s.” Basically, we had to get told “no” on 20 requests and write them down. “Will you move my furniture for me?” “No.” And so on. Instead, we should aim to hear the word “no” and not avoid it like the plague. “Would you consider seller financing?” “No.” Same thing.

This is not only because the word “no” allows both parties to clarify what they want and don’t want as Voss wrote above. It’s also because it helps the seller trust you more. If the seller can tell you “no,” then she’s not being manipulated. She feels in control and is much more likely to believe you’re a straight shooter and not some slimy, used-car salesman. She’ll also be happier about whatever agreement you make if you can come to one because it didn’t feel like she was bullied into it. She will take ownership of the deal. People don’t go dark when they are happy about the agreement they’ve just made. Finally, the fear of hearing that dreaded two-letter word makes it harder to ask for what you really want. Perhaps the answer to “would you consider seller financing” is actually “yes” despite you’re preconceived notions. Seeking “no” makes you less afraid to get it. And that makes it more likely you’ll get a very profitable “yes” even when you aren’t expecting it.

We live in a cynical culture, and it seems to be becoming less and less trusting every day. If you try to shoehorn people into relentlessly saying “yes,” they will feel trapped, and more often than not, rebel against your petty tyranny. Give them the out of saying “no” and it will build trust. And give yourself the out of hearing “no,” and it will build confidence.

How do you view hearing “no” when speaking with prospective buyers?

Bob Langworthy Accountant from Brunswick, ME
Great timing on this article. I’m meeting with the owners of an unlisted property later this month. They don’t “need” to sell, but would like to be free of the property. And I just ordered Voss’s book!

Andrew Syrios Residential Real Estate Investor from Kansas City, MO
Voss’ book is definitely worth reading in full. I would also recommend Thinking Fast and Slow by Daniel Kahneman, although it’s not directly related to negotiating.

Cheryl Vargas Rental Property Investor from Rohnert Park, CA
I liked what you said about how people can trust you more when they have said no to you. It makes complete sense, because they won’t feel the pressure of the manipulative ‘yes’ techniques. I’m also going to say no to the next salesman who calls me and asks a common ‘yes’ question!!

Andrew Syrios Residential Real Estate Investor from Kansas City, MO
It’s a bit counter-intuitive, but it fits my experience perfectly. It’s amazing how long it took negotiating “experts” to figure this out.