Being in the military opens you up to an array of benefits for a financially abundant life. You have access to VA loans, a tax-free housing allowance, and a pension (if you stick around long enough). That’s why it’s of the utmost importance to start saving and investing while you’re young and in the military. But, that wasn’t exactly what David Pere (From Military to Millionaire) did when he was first enlisted.

David grew up with frugal parents, who never splurged on much. So when he joined the Marine Corps in 2008, he was ready to catch up on the spending he never was able to do. As he describes it, he spent his first salary on “a truck, tattoos, and drinking”. Not the best way to set yourself up for financial freedom! It wasn’t until a few years later when a friend gave him a copy of Rich Dad Poor Dad that David discovered he could be doing A LOT more with his money.

He bought a duplex with an FHA loan for $81,000 and house hacked it so his tenants were paying a majority of the mortgage. When he was shipped off for duty, he ended up leasing out the other side of the duplex and cash flowing an extra $300 per month.  He then went on to buy a 10-unit with just 5% down and also got in on a small syndication in South Carolina.

Everything was looking good, until David decided to partner up on a 40 unit, mixed-use building with a sizable amount of leverage. Some things happened and the deal turned sour, now David is in a legal battle to get his money out of the deal. Even with this massive deal not going through, David pushes the importance of scaling, but not too fast. Scaling to an amount where you aren’t overleveraged but at the same time pushing yourself to accomplish more is the sweet spot!

Help us reach new listeners on iTunes by leaving us a rating and review! It takes just 30 seconds. Thanks! We really appreciate it!

Book Mentioned in the Show 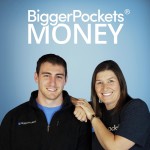 Finance Friday: First Down Market? Here’s How to Stop Stressing
All the Money Hacks We WISH We Had Known About
Frank Advice on What to Do When a Real Estate Investment Goes Wrong