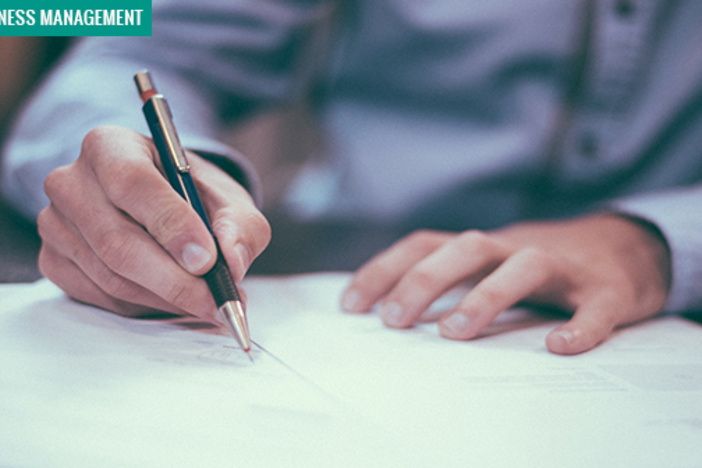 Years ago, my grandfather owned several rental properties, but as he aged, he decided to sell them. I don’t believe he was aware of certain tax strategies like providing heirs with a stepped-up basis, as he was a pipe-fitter by trade. After he passed away from a heart attack, he left his estate to my grandma.

Several years later, my uncle, also a pipe-fitter, who was single and had lived at home with my grandma for most of his life, passed away at the early age of 49 from cancer, and he too left my grandma his estate, which consisted of some vacation rentals.

The reason I’m telling you this is because the nursing home wiped out her entire estate in a relatively short time. I’m sure my grandpa and uncle had no idea that the assets they worked so hard for would be taken by the nursing home and the tax man.

It wasn't until years later, when I was working as an insurance agent and financial planner, that I realized all of this was preventable, especially if I focused more on controlling assets, instead of simply owning them.

Related: The Fundamental Advantage Real Estate Investing Has Over Stocks

If you’re aging like I am, maybe it’s time to start moving assets out of your name (as many assisted living facilities have a five-year look back period) and see if long-term care and other insurances may make sense for you. It’s never too early to do some serious estate planning if you really care and want to give your heirs the greatest gift, a well-thought-out estate plan.

The Best Form of Asset Protection

Recently, I wrote an article discussing when the best time to start an entity is, and it quickly turned into a conversation about asset protection strategies. But when I think of the best asset protection there is, it’s to not own assets. After all, it’s hard for someone to take what you don’t own. The problems come from actual ownership more than anything else.

That said, if you decide you want to own something, you need to put up a barrier to protect these assets. If it's real estate and you're in accumulation mode as an investor, and if you have earned income, you'll probably want the tax breaks of various deductions, while also taking advantage of all the depreciation.

If that’s the case, then setting up trusts and LLCs can create some barriers to those trying to sue you.

But I do think asset protection is about more than just insurance and entity selection. It comes down to what you really want—is it income, assets, or perhaps both?

The best asset protection strategies I’ve seen involve sweeping some of your money and assets off the table and putting them into safer buckets, such as family partnerships, trusts, LLCs, or even IRA accounts or insurance contracts. The more buckets of separate accounts, the better.

The Problem With Estate Planning

The biggest problem I see with estate planning rears its head when the real estate investor approaches old age. The dilemma is if you don’t want to deal with managing the real estate anymore (or your heirs won’t help you) and you sell it. Now you’ll have a long-term capital gain tax and depreciation recapture tax to pay.

The ideal is to wait until you pass away, then have the properties transferred—hopefully with some life insurance to your heirs, as they’ll get to take advantage of the stepped-up basis. The only real problem with this strategy is if your heirs aren’t around to help you manage the real estate before you pass. So what’s an investor to do—1031 exchange into a REIT (real estate investment trust)?

Most real estate investors are so used to being in accumulation mode that they aren’t always thinking about the best tax and estate planning strategies. So, a couple of years ago, I made the decision that the best gift I could leave my family was to get some of my house and estate plan in order. It was no easy task and it took me over a year, but I feel much, much better having updated my plan.

Related: Retirees: The Most Highly Profitable, Yet Grossly Underserved Niche in Real Estate

I've already mentioned strategies like utilizing family trusts and owning assets in your IRA, but there are other ways to limit ownership or exposure as well. This could be anything from having a non-recourse loan on a large commercial asset to buying smaller properties with owner financing or taking over the property via subject to financing. Even a lease-option deal is a perfect example of gaining control without ownership. Other ways to limit exposure to credit risk is through hard money, private debt, or even by raising private equity. If utilized properly, all the techniques mentioned can limit personal exposure.

So, let me ask you, how do you limit your various risks, whether it’s liability, taxes, or even the nursing home? Have you ever considered attaining control instead of ownership?

Dave Van Horn Fund Manager from Berwyn, PA
Hi Kris, I’m referring to trusts generally, not any specific kind. There’s no one size fits all when it comes to trusts. It really is a decision to make alongside an attorney and/or a financial planner. Best, Dave

Douglas Skipworth Rental Property Investor from Memphis, TN
Dave, this is an advanced topic, which I assume most people don’t understand or think much about. I know I’m guilty. However, it’s probably one of the most important posts you’ve ever written! The story about your grandmother is so true. I’ve seen estate planning done well and and done poorly in my own extended family. A good plan beats no plan every day. Asset protection is becoming a topic I think about regularly. I haven’t done as much as I should have to this point, but my goal is to go from ownership to control in the coming years. I’m definitely going to be picking your brain as I move forward. Thanks so much for the excellent post!

Dave Van Horn Fund Manager from Berwyn, PA
Thanks Douglas! Please do! I was in the exact same boat years ago. There’s a lot that varies from state to state and that depends upon the person, their assets, their heirs, etc. but there are plenty of general strategies and ideas that could help point you in the right direction. If you haven’t already, I would suggest reading Missed Fortune 101 by Douglas Andrew, Killing Sacred Cows by Garrett Gunderson, and Parlay Your IRA Into a Family Fortune by Ed Slot. Best, Dave

Mary White Rental Property Investor from Klamath Falls, OR
This is a great post. We’re in our thirties and have been talking about structuring for growth and for taking care of our children when we pass. I like the idea of having a clean operation where everything is held in protected pockets with efficient tax and estate planning/management. Do you recommend people wait until they have a sizable number of holdings before establish a control structure or can we start now? We have a 6-plex, 4-plex and 2 single family homes and are looking to add ten doors minimum per year (in multi-families). Thank you!

Susan Maneck Investor from Jackson, Mississippi
If you’ve got children I would think you need a Living Revocable Trust immediately. Remember minors can’t inherit directly so you’ll need to provide for a Trustee. It is easy to add assets as you acquire. I just use one of those programs Suze Orman has and save myself the expense of a lawyer. Just be sure you register the Trust with your county government and update it regularly.

Joel Owens Real Estate Broker from Canton, GA
The end game for many is to own commercial retail assets NNN that are passive. They are usually 1031 exchanging from single family or apartments. It takes some investors decades to get to that point. Some of my other clients are surgeons, high level executives, business owners in the tech space etc. and they get big amounts of money and have no time so they invest in commercial real estate. I have seen some owners of pharmacy stores for NNN have it to where they pass away the family gets a dividend instead of the money all at once. In this way they want the heirs to have longer sustained wealth and not blow the money all at once.

Susan Maneck Investor from Jackson, Mississippi
Can you do 1031 exchanges directly into a REIT? I have long term care insurance, plus most of my property, including my primary residence, is in a Living Revocable Trust which anyone with any assets whatsoever should have. The only real estate properties not in my Trust are held in my solo401K. Since I plan to retire in a different state from where I own most of my property I will gradually be handing over the management of these properties to my son and daughter-in-law. They already own three properties of their own.

Susan Maneck Investor from Jackson, Mississippi
Oh, one thing I should add. If you own properties within a retirement account you can’t pay your children to manage it, like you can with your other properties. That would be a prohibited transaction.

Dave Van Horn Fund Manager from Berwyn, PA
Hi Susan, Thanks for reading, and good point about the prohibited transaction. To answer your first question, yes I believe you can do so if you follow some extra steps. Just did a quick search and found the following explanation: “You can change from a property owner to a REIT investor (without the tax gains) with help from IRC’s Section 721, defined as “Nonrecognition of Gain or Loss on Contribution to a Partnership.” To do this, you exchange out of your property into a Delaware Statutory Trust (DST), which is usually controlled by the REIT. You then have the option to convert your ownership in the DST into shares for Operating Partnership (OP) units through an Umbrella Partnership Real Estate Investment Trust (UPREIT).” It may be something you could discuss further with your attorney/financial advisor. Best, Dave

Dave Van Horn Fund Manager from Berwyn, PA
Good point, Kay. Just goes to show how state specific estate planning can really be. And also to keep in mind closer to retirement age when considering a move to another state.

John Hardy from Prescott, Arizona
Can you recommend a custodian for a self directed ira or self directed roth ira? I live in Prescott, AZ and would prefer someone in my area or perhaps in the greater Phoenix area.