Best Deal Ever Show: The Marketplace Landlords Are Using to DOUBLE Their Rental Income 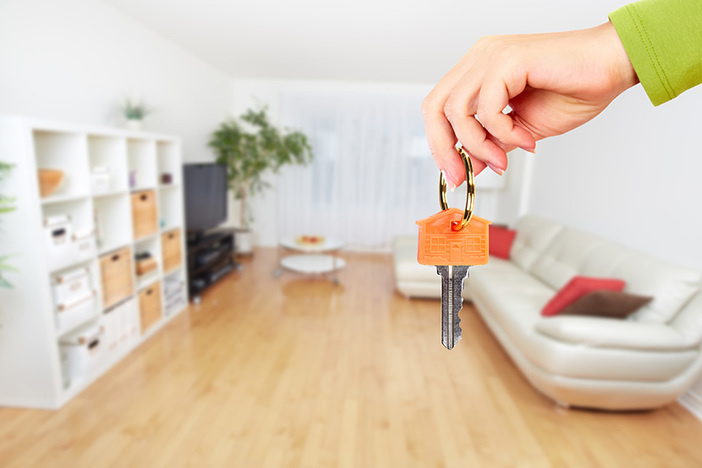 In this episode, we meet Frank Furman from Atlanta. Frank is currently the COO of PadSplit. His business partner is his brother in law, Atticus, who's been in the real estate investing business for many years. Just four years ago, Frank met with Atticus about a new business opportunity, which they ended up launching two years later.

Frank was previously in the Marine Corps. When he left the Marines, he moved to London to work at a consulting firm. But upon having kids with his wife, they decided it was time to move to Atlanta.

Developed just two years ago, PadSplit is a platform for affordable housing. It provides an opportunity for homeowners to rent out vacant rooms, while also offering safe and affordable housing for renters. On average, renters stay around seven months. However, some stay short-term (from 1-3 months), usually for work. Other renters stay long-term (from 1-2 years); these are usually older renters.

Frank’s best deal at PadSplit was his first. It was actually a house owned by Atticus, located in southwest Atlanta. It was a bigger house that included five bedrooms and lots of extra space. It served as a Section 8 rental for several years.

Atticus bought the house in 2011 for $30K. In 2016, an older tenant moved in under Section 8. Everything was going well until… he got a call from the Atlanta Housing Authority, suggesting he look into what’s going on at the property.

Apparently, the house was being featured in several videos online consisting of drugs, guns, etc. Sure enough, it was true! The sweet little lady was not alone. Family—and even extended family—were living with her, and some of them were producing (not-so-appropriate) videos at the property. They’d caused an extensive amount of property damage, angered neighbors, and had the cops called on them.

Frank says that one of the disadvantages of owning Section 8 is that you don't have great control over what's going on at the property. Plus, you don't get a lot of incremental value if a house has extra rooms. Due to all the issues, Atticus did what any landlord would do and evicted the tenant.

That property then became the first PadSplit. They used insurance money from the damages to turn it into a six-bedroom home, invested in utility efficiency, furnished the house, and updated it. When all was said and done, the outside was appealing—much more desirable than rentals across the street. The property was ready for rent in December 2017, and they were able to fill occupancy through Craigslist ads.

Now, instead of getting $1,200/month through Section 8, the total rent collected is $3,600/month. By the time they cover expenses like utilities, wifi, furniture rental, etc., they still have a cash flow of around $2,400/month.

Properties collect rent on a weekly basis. Frank says this helps tenants budget better and makes it easier to remember when rent is due, as it typically falls on the same day they get paid.

Renters through PadSplit are not signed as tenants; they are members. So when they apply, they sign a membership agreement with PadSplit.

Related: Best Deal Ever Show: Driving for Some Serious Dollars—An 8-Unit for Only $200K

Because the company rents furnished rooms, they operate under the innkeepers exclusion in the state of Georgia, much like a hotel does. For instance, if you go to a hotel, fail to pay, and don’t leave, you won’t get evicted. The hotel would call the police and ask to have you removed. Since PadSplit operates on weekly rentals, they can remove tenants within a week as opposed to going through a lengthy eviction process.

That said, they do offer other payment plans for these types of situations. In fact, PadSplit even assists with job placement through their relationship with a staffing agency.

Most of their properties are owned by buy and hold investors. The investors sign a lease with PadSplit. This longer-term lease allows investors to get financing on their homes easily—unlike an Airbnb investor, for example. For all of their services, PadSplit gets a 12% cut of revenue.

While not for everyone, the PadSplit model is definitely proving to be something investors should pay attention to. And as evidenced by their growth so far, this could very well be the next big trend in real estate investing.

Click here for more episodes of the Best Deal Ever Show.

Joseph Konney Real Estate Agent from Forest Park, IL
I've considered a similar strategy to avoid the eviction process as it would be extra burdensome for an SRO unit. However, here in Chicago, SRO occupants are considered tenants regardless of memberships. Per Chicago Police Department Special Order S04-01-03: "In determining whether a person who resides in a single room occupancy (SRO) building, hotel, motel, apartment hotel or YMCA/YWCA is a tenant, the officer must determine whether the occupant pays rent/room charges on a periodic basis (e.g. a month to month basis) and that he or she has no other permanent address. If both conditions are met, he or she is considered a tenant."

Nathan G. Real Estate Broker from Cody, WY
This is a good model.if you have the right policies and procedures in place. For example, I suspect there would be more inter-personal complaints like noise, theft, harassment, invasion of privacy, etc. Who cleans the toilet and who ate my leftover pizza?

Jeff Bosaw Rental Property Investor from Saint Louis, MO
I was thinking the same thing. Is the common area furnished? If something is damaged in the common area and no one takes the blame then what? I dont think turning a SFH into multifamily is a good idea unless they are all friends or related. In this case you would not be able to charge $150/wk rents when everyone could pool up $300/mo instead 300*6beds $1,800. I guess there are many shared space air bnbs out there but I think 6 randoms is too much. You would need at least 1 host to stay on site or a full time housekeeper who lived on site for free and was paid for keeping common areas clean and clean up bedrooms between new guests.

Vaughn K. from Seattle, WA
I think there are a few specifics here that make sense of things.

They're furnished. That's a boost in rent. They're mostly mid-length rentals, not for years on end mostly. So people put up with living with weirder people, and let more stuff slide than if they thought it would go on for years. As for broken stuff, note $1,200 a month in costs! They probably DO pay for a maid and broken stuff and just eat it out of the massive cash flow.

Honestly, if you were picky with who you let in, like mostly just generic white collar youngish professionals, I could see it working. Throw in a maid and I think it would be bonus awesome actually. I can certainly see people doing something like this for 6 months when they first move to a new city, and that could be your demographic that just churns through in a major metro.

That said, I don't know that I'd want to deal with it all! I'm moving somewhere smaller anyway where it wouldn't work as well. But even if I weren't it is a whole "thing" unto itself to do this, just like Air BnB. You're putting in a lot of extra work for that extra cash flow, so you have to decide if it's worth it or not.

Samira Hirji
Curious if there is a PadSplit type service in Washington state? It doesn't look like they are available here yet.

Kevin Polite Flipper/Rehabber from Decatur Atlanta, GA
Currently this is mostly illegal in most of metro Atlanta and especially DeKalb County and City of Atlanta and they have started issuing fines through Code Enforcement due to these properties not adhering to the current local zoning laws in place. Rooming houses have been around for years, but when you start advertise and they are targeted to mostly minority areas only you start to get the eyes of government on you.

Wilson Pun
thanks for the post Ken. Did not know this model existed, definitely worth looking into and considering.