Investors: Don’t Compromise Your Numbers Just to Buy Deals in a Hot Market 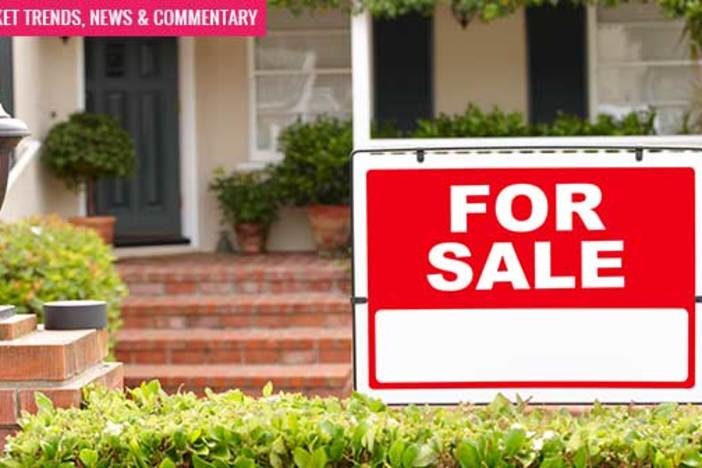 Are you settling for smaller deals because of a hot market?

I find myself walking away from a lot of deals, particularly rehabs, these days. I wholesale deals every month, but I am very particular with the deals I take on due to hard money costs, time, and dealing with contractors. To me, some deals are just not worth the stress and paycheck in the end. I just think my fellow investors should be mindful about buying certain deals that are slim. You don’t want to get caught with a bad deal if the economy shifts.

Related: 3 Stories That Prove You Can Still Find Local Deals, Even in a Red Hot Market

Recently, I was looking at a deal that I could pick up for $155k in a hot pocket of town. The house was 1,600 square feet. A smaller house that was a 1,050 square feet earned $275k. The problem with the deal I was looking at was that it wasn't exactly on the best street. The road was still a little rough. So, I knew I would have to discount the square footage amount. I spoke with my real estate agent, and they confirmed my theory and recommended the list price be $325k max once the house was done. I was eager to pick this deal up, but I did not want to put myself in a position where I'd be overstressed and regretting taking the deal.

Why I Walked Away

I was planning to place the property on the market in November, which is a down time to sell houses. On top of that, this does not give me the 20% return I like on my rehabs. For taking on all that stress, I would be making closer to $35k, when I should be making $60k+. I refuse to put myself in that position just to take on a deal. There are better deals out there where I’d risk a less amount of money and where the rehab could be done in the same amount of time to make the same profit. I’d rather take on a smaller deal.

Related: How to Minimize the Wholesaling Competition in a Hot Market by Using Leverage

I recently bought up a smaller deal in the outskirts of Charlotte. I picked it up for $140k, put $25k into it, and sold it for $230k. The whole process took 60 days, and after all costs, I walked away with a check for $39k. I am now more open to buying up properties on the outskirts of Charlotte. I refuse to get into a bidding war for essentially who will make the least amount of money on a deal. I’ve learned not to act like the latest deal will be the best deal ever. You will always find another good deal.

Don’t Kill Your Profit When You Buy

In conclusion, I warn you all against getting involved in deals that could earn you a less return. Don’t get into bidding wars that kill your back-end profit. The solution is be open to deals on the outskirts. Promise yourself only to buy deals that make your desired return. The market has not turned yet, and things are still good. However, I still see a lot of people getting into rehabs they had no business buying and getting hurt on the back end. It’s just not worth it.

How are you dealing with a tighter market? Have your deal standards shifted or are you sticking to your numbers?

Joe Zaniboni Investor from San Diego, CA
Great article! Learned this lesson the hard way on our first deal. Thankfully we learned from it and the second one more than made up for it!

John Teachout Rental Property Investor from Concord, GA
We paid nearly double the amount for a similar house in the same neighborhood than what we did in 2011. We can still make it cash flow due to not having a loan on it. Doesn’t pay the same ROI though. We just turned down a counteroffer this morning on a fixer up SFR. Though we’re only about $6K apart, we had to draw the line. So we probably wont get this property. Gotta know your numbers and stick to them.

Gary Wyatt from Prescott Valley, Arizona
Hey John, Good info. I do have a question thought. Are you a realtor? My wife and I are just getting started in the Business, however we have little assets, besides our home, which I am not sure getting a 2nd on it is worth it. If you are not a realtor, how long did it take to flip your first house after you started? Did you have to get an investor for the first flip, or did you have the cash for it? We are going to have to get an investor for our first couple I think. Could you share a little more about how you first deal went, like Nasar did? No worries if you do not want to divulge that information. I understand.

Gary Wyatt from Prescott Valley, Arizona
Hey John, Good info. I do have a question thought. Are you a realtor? My wife and I are just getting started in the Business, however we have little assets, besides our home, which I am not sure getting a 2nd on it is worth it. If you are not a realtor, how long did it take to flip your first house after you started? Did you have to get an investor for the first flip, or did you have the cash for it? We are going to have to get an investor for our first couple I think. Could you share a little more about how you first deal went, like Nasar did? No worries if you do not want to divulge that information. I understand.

Susan Pi from Tampa, Florida
An excellent article! Numbers speak loud. and not letting our emotions get in the way. Thank you!

Gary Wyatt from Prescott Valley, Arizona
Hi Susan. I was curious what your thoughts are on going to the courthouse steps for auctions to buy houses. Is that too much of a risk, or is that a good way to go to get them cheap? Thank you.

Tim Puffer from Lansing, Michigan
Love it! Never settle for anything if it won’t be worth it to you!

David Roberts from Brownstown, Michigan
I saw someone post on another forum that they are doing full rehabs and are happy making 3-5k (not a typo) since they are trying to do volume. For full rehabs,not wholesale deals. Sounds like bs to me, but i thought I would post it since it has bearing on this article.

Leury Pichardo Real Estate Agent from Saddle Brook, NJ
Short article and straight to the point! Thanks for the write-up!

Jerome Kaidor Investor from Hayward, California
Similar conditions for my buy&hold multifamily landlording business here in the SF east bay. Everything is priced past where it would make any money. On rents, anyway. Inventory is very low. I just got off the phone with an RE agent who was basically begging me to consider selling my Hayward building.

Gary Wyatt from Prescott Valley, Arizona
Hi Jerome, my wife and I are just getting started in real estate investing and rehabbing. You mentioned buy and hold. Would you mind explaining how that works? It sounds interesting.