How to Build a Highly Effective Real Estate Team 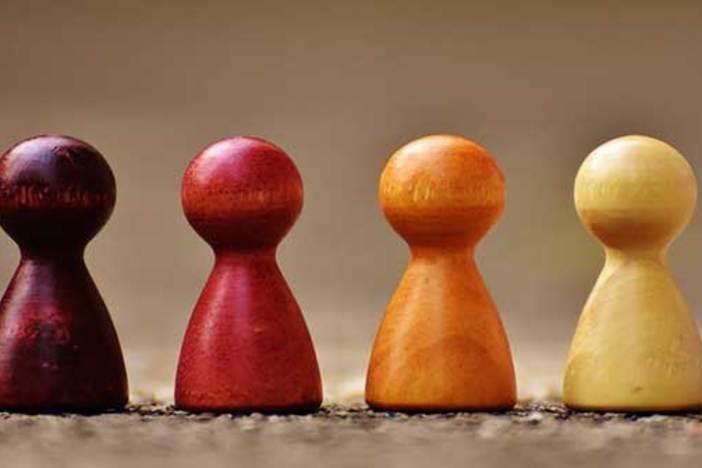 Whether you're working with partners, colleagues, vendors, or employees, you will need to build a team to become a successful real estate investor. Most things in life simply cannot be done on your own.

But not all teams are created equally. A great team will be more than the sum of its parts. On the other hand, a mediocre team will be little more than a collection of individuals, and a bad team will actually be worse than the alternative of everyone working on their own.

You may have heard that the most effective way to brainstorm in a group setting is by just having everyone throw ideas out there without judgement and write them all down. Then, after everyone has exhausted every idea they can think of, you begin to discuss and evaluate the various ideas. One of the reasons this is so effective is because it puts everyone in the group at ease. No one is afraid of looking stupid if you’re just throwing ideas out there. Indeed, such brainstorming sessions usually work best when the leader makes it explicit that weird and goofy ideas are not just permitted, but encouraged.

Every once in a while, those goofy ideas are actually brilliant.

Nowadays, we all take successful real estate or real estate-related companies such as Zillow, HomeVestors, and even BiggerPockets for granted. But creating a profitable online property database with an algorithm to give a value estimate of each property, franchising a real estate investment company nationwide and creating a real estate information website that would be more than a blog but also profitable without the expensive guru products very well sounded unrealistic and maybe even goofy before they were launched.

How many other “goofy” ideas are out there waiting to be uncovered?

This can go for individual properties, too. You would be shocked at the things my dad has turned into student rentals. They include an office building, an old frat house, and a cider factory originally built in the 19th century! And we’ve used some fairly creative techniques to close packages of 41 and 97 houses as well.

Related: 7 Small Things You Can Do to Boost Team Strength

, Charles Duhigg describes the research of Amy Edmondson on effective teams. She found that:

“…a handful of good norms that seamed to be consistently associated with higher productivity. On the best teams, for instance, leaders encouraged people to speak up; teammates felt like they could expose their vulnerabilities to one another; people said they could suggest ideas without fear of retribution; the culture discouraged people from making harsh judgements. As Edmondson’s list of good norms grew, she began to notice that everything shared a common attribute: They were all behaviors that created a sense of togetherness while also encouraging people to take a chance.

“‘We call it ‘psychological safety,’ she said. Psychological safety is a ‘shared belief, held by members of a team, that the group is a safe place for taking risks.’ It is ‘a sense of confidence that the team will not embarrass, reject, or punish someone for speaking up… It describes a team climate characterized by interpersonal trust and mutual respect in which people are comfortable being themselves'” (Duhigg 50).

This starts with you. If you ever want to read a book that will make you feel utterly depressed about yourself, I highly recommend you read What Got You Here Won’t Get You There by Marshall Goldsmith. The book is a kick in the gut, but a needed one if you want to improve and become a better leader.

He notes 20 bad habits that many successful people have that hinder them from getting to the next step. One is called “killing the messenger.” I figured that I obviously don’t have that. But it turns out I do because “killing the messenger” is more than just blaming someone who gives you bad news for that bad news. It’s actually just getting angry at the bad news once it’s given to you, even if that anger isn’t directed at that messenger. This is because no matter how obvious it is to you that you aren’t mad at them but just mad at the situation, it comes off to the person that gives you the news that you are mad at them.

A strong reaction to situations such as these makes people not want to tell you bad news and also not want to give you those weird and goofy ideas because they know you are likely to get angry. Most people don’t like making other people angry. This dynamic works the same in groups. It is thus very important to keep the tone of meetings positive and optimistic and prevent hostility, even if that hostility is pointed at someone outside of the group.

Duhigg notes two major points that good teams need: The first is that “…all the members of the good teams spoke in roughly the same proportion.” And second, “…good teams tested as having ‘high average social sensitivity’—a fancy way of saying that the groups were skilled at intuiting how members felt based on their tone of voice, how people held themselves, and the expressions on their faces” (60-61).

It may be a bit touchy-feely, but you need to keep these things in mind as you lead a team or even participate in a team. Don’t just meet for the sake of meeting. Be active in getting everyone to participate and keeping the tone optimistic and encouraging.

I will leave you with these five points Duhigg quotes from Lazlo Bock’s, Google’s head of Operations Department, advice on what a effective team needs:

“Teams need to believe their work is important.

Teams need to feel their work is personally meaningful.

Team members need to know they can depend on one another.

When putting  a team together, keep these principles in mind. See building the team’s dynamics as a project in itself and not something that just happens. Teams are much more than just a group of people working together to solve whatever problem.

What have you found to work in building great teams within your business?

James Wilson Investor from Fort Worth, TX
Interesting article. I like the part about encouraging the goofy ideas within the team because that is how a lot of new/great things come about. Most new ideas are met with sharp criticism, but you can’t create something great if you don’t try. I think also with team building it is important to have an emphasis on competence or talent. I think I was listening to a Gary Vee show where he said let’s play pick-up basketball, 5 versus 3. You think your team of 5 will beat my team of 3, but what if my team of 3 has Lebron James on it?

Andrew Syrios Residential Real Estate Investor from Kansas City, MO
Most goofy ideas are stupid, but most brilliant ideas are goofy, at least at first. It’s separating out those few brilliant from the the rest of the litter that counts. But if the atmosphere of the team is hostile to “bad ideas”, most people will just keep their mouths shut. I definitely agree with you, this is one of the most important ways to run an effective team.