As Foreclosures Plunge Toward Pre-Recession Rates, What’s in Store for Investors? 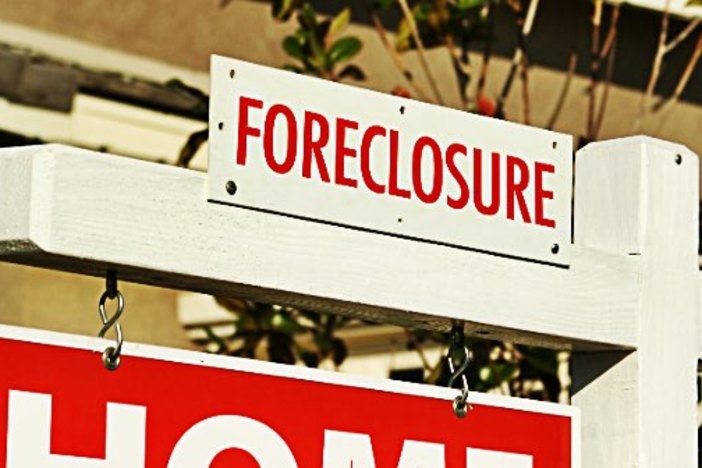 It wasn't so long ago that the words "foreclosure crisis" and "foreclosure wave" were on every other headline.

Those words carried some real sting, too. Millions of homes nationwide cycled into foreclosure in the wake of the Great Recession, and millions of other homes lost value because foreclosures undercut neighboring values so badly.

The times they are a-changin’, though. And for once, they’re changing noticeably for the better.

RealtyTrac’s mid-year foreclosure report offers plenty of reason for hope among real estate owners, although first-time homebuyers and investors may not like every implication.

Foreclosure filings — which include all three stages of foreclosure (default notices, scheduled auctions, and bank repossession/REO) — fell 20% in the first half of 2016, to 533,813.

Showcasing that the downward trend shows no sign of stopping, foreclosure starts (properties with default notices but with no auction yet scheduled) were at an all-time low in the first half of 2016.

And wrapping up the first half of 2016? In June, foreclosure filings dropped to a 10-year low, the lowest level since July 2006.

In 15 states, foreclosure activity so far in 2016 has actually been lower than pre-recession levels. This is a sigh of relief for those who’ve felt economic recovery has limped along too slowly.

…But There Are Lowlights, Too

The downward trend is far from equally distributed, however. In 19 states, foreclosure filings rose year-over-year, bucking the trend and worrying local economists. Particularly troubling are the foreclosure spikes in Massachusetts and Connecticut, at 46% and 40% respectively — not the results these states had in mind as they tried to legislate their way out of foreclosure problems.

Despite the common narrative, it’s not only rural areas struggling with foreclosures. Of the 20 largest metro areas in the United States, five of them saw higher foreclosure filings in the first half of 2016. Boston in particular appears in crisis, with a soaring increase of 38% (compared to a 7% rise in the next hardest-hit city, Philadelphia).

Nationwide, real estate has performed well in the last five years, with the median sales price rising 35.1% from June 2011 to June 2016. In fact, RealtyTrac puts June as the all-time record high for median single-family home prices in the United States.

The decline in foreclosures over the last five years has certainly contributed to that rise. When foreclosures surge, they undercut “normal” home values by flooding the market with homes selling at bargain basement prices. High foreclosures also mean more inventory for sale, albeit through forced means.

As foreclosure rates have slimmed down, less bargain inventory has been available on the market, depriving bargain hunters of the previous glut of cheap supply.

Speaking of inventory, housing starts and completions both ticked up in June. As welcome as that news is to first-time homebuyers, total housing inventory is still down 5.8% year over year. Supply won’t be outpacing demand any time soon.

And to the extent that strong employment means strong demand for housing, July’s sunny jobs report reinforces the case that cheap real estate is not on the immediate horizon.

What It Means for Investors

All indications are that we’re in for a seller’s market for the foreseeable future.

This is great for everyone with a 200-property portfolio, but what about investors still looking to find deals?

First, keep a pulse on your state and local market. As outline above, there are many states where foreclosures are rising, not falling. Bad news for the local economy, but it can represent opportunity to investors.

Second, consider expanding your modus operandi. If you’ve never tried using bird dogs, maybe now is a good time to try something new. Or perhaps you’ve always been intrigued by tax liens. Or estate sales, or a closer partnership with a real estate agent, or the brilliant new method you invented. As the market changes and evolves, so must we all.

Lastly, consider other sides of the business that might make more sense in your market. With fewer borrowers defaulting, perhaps now is a good time for note investing. Or if you do have a knack for finding values, there may be more demand than ever for your wholesaling skills. Nothing says you have to stay in your comfortable market niche.

Finding bargains may be harder, but nationwide, real estate certainly looks like a good place to have money right now.

Foreclosure investor? Foreclosure survivor? We’d love to hear some stories, and your take on what declining foreclosure rates means for real estate investors. Alternately, if you’re in a market with rising foreclosures, any thoughts on why your market is bucking the trend?

Curt Smith Rental Property Investor from Clarkston, GA
I have found in my REIA that most investors are resistant to change and choose to lay back and say there’s no deals out there. My company on the other hand have developed simple techniques to find pockets of where new jobs are being created at a greater rate than others, yet no rentals and also the days on market are high creating the recipe for REI profit. Cheap purchases to supply a flip or rental. There’s always cheaper houses that are in high demand. You may have to drive 1-2 hours. Most investors are not willing to drive!!!! I asked in my REIA 2 yrs ago how far you’d drive. The farthest was 45 min. From that point on we drove 1 hr or more!!!! We also developed techniques to find high jobs and growing jobs the fuel that under pins both rentals and flips and thats where we work. We don;t drive that often with good contractors and once the renters are in we never drive, just text the contractors to fix what ever. The trade is we have almost no competition and can do all the deals per year we can fund.

G. Brian Davis from Baltimore, MD
Very true, that many investors are unwilling to venture out of their local comfort zone. I’m from the east coast, and unfortunately anywhere I drove within several hours would still be easily accessed from a decent sized city and therefore competitive, but you make a perfect example of “going where the competition ain’t” as the saying goes.

Anne M. from Kiryat Ono, Israel
“Finding bargains may be harder, but nationwide, real estate certainly looks like a good place to have money right now.” Would you say it’s a good place to put new money into as well? Compared to a decade ago, I mean.

G. Brian Davis from Baltimore, MD
That’s a market-by-market question, I’m afraid. But experienced cash-flow investors can usually find good real estate investments in any market, since rents don’t usually crash the way values can in a market correction. The other side of that is that I do think that it’s harder to find bargain properties today than it was five years ago, in most markets nationwide.

Hannah Diment from Studio City, California
Great article–as someone trying to break into real estate now, it’s nice to know that it may take a little more time and creativity. Is it good to buy somewhere like Boston just because there is a flooding of foreclosures, or is that indicative of a larger problem at play?

Peter Mckernan Residential Real Estate Agent from Newport Beach, California
Great article Brian, This is a great example of hoe different each market is across the country. Each state, city, and town are different from one another. There are many ways to use this information to find that niche that someone in an investor’s market has not tapped into yet!

G. Brian Davis from Baltimore, MD
Thanks Peter, and very true that each market is unique. Just driving a half hour from home can put you in a completely different market than your home town!

Peter Mckernan Residential Real Estate Agent from Newport Beach, California
Very true, that’s why those target markets are key and I only realized that just recently. Keep up the good blogging! Thank you for the reply!

John Murray from Portland, Oregon
Great article Brian! I live in metro Portland Oregon and the REO and Short Train left the station about 2 years ago. I purchased my last REO about a little over 1 year ago. Implementing my exit strategy over the next few years. My game now is to maximize tax savings. The Subprime Crises has been very very good to me. Thanks Treasury and the American Tax Payers! Don’t forget the Occupiers for all the pressure put on the Treasury and the American Tax Payers. The ironic part of America is we tend to forget things and repeat our mistakes. It will happen again and the trick is to be cash rich in the downturn.

G. Brian Davis from Baltimore, MD
Thanks John, and thanks for sharing your exit plan and broader strategy moving forward!