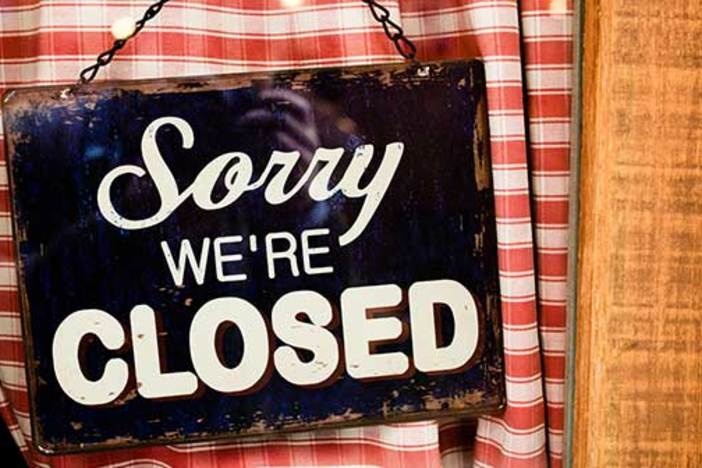 What does the future hold for retail real estate in America?

2017 set the record for retail store closures. At least 6,700 stores were slated for closure between January and October alone. That’s hundreds more than in the pit of the crisis in 2008. These numbers aren’t just for small mom and pop stores either. These are major national credit tenants and famous brands like Macy’s, Rite Aid, and Michael Kors—as well as tech savvy chains like Gamestop. A few may be consolidating branches in order to optimize business or as the result of acquisitions and mergers. Still, hundreds are the result of major retail companies going bankrupt.

Related: Why I’m Investing in Affordable Housing for the Long Haul

Some may have even noticed Starbucks locations closing in their neighborhoods. That is an unusual trend. In fact, the retail apocalypse has gotten so bad that one mall operator has sued Starbucks to keep some of its Teavana locations open. Starbucks planned to completely shut down all it its stores under this brand by the end of 2017. A judge sided with one property manager who feared the store closing would wreck its assets by triggering a domino affect among other stores in its malls.

Amazon recently made a very high profile acquisition of Whole Foods. While this was partially a play into the grocery business, it was also a big real estate move. It gives Amazon already operating distribution centers across the country from which it can ship all of its wares.

From smart fridges and smart home devices to smartphones that order for you and even discounts offered for ordering online and picking up from the curb at Walmart, the whole shopping process is being transformed.

I exhibit a prime example of a change in consumer behavior to save time. Over the last year, I transitioned to shopping on mobile for my groceries. I use an app to do my shopping, and it is delivered to my door. Target has since made an announcement that they will be purchasing the app in an all-cash transaction.

While we still enjoy getting out for entertainment, people aren’t shopping in brick and mortar stores at levels that support yesterday’s floor spaces.

Related: How to Beat the Coming Housing Slowdown With a Value-Add Multifamily

The Future of the Real Estate Landscape

Retailers that get ahead of the curve early enough may be able to cut enough overhead and stores to survive. Many won’t. This will also impact the many commercial businesses and properties which have supported retail stores. Think cabinet makers, point of sale manufacturers and servicers, alarm and security companies, and many others. This is all in addition to the major shift in the office property market over the last 10 years. With the majority of workers now operating remotely from home or in various co-working spaces, there just isn’t the need for office buildings like there once was anymore.

On the bright side, as discussed in this article on BiggerPockets, all this will create more opportunities for investors to acquire these properties at a discount and transform them. Some may get away with being updated for online shoppers to come pick up and try on merchandise. Others may be completely transformed into shipping and distribution centers. We’ll need more of those locally as online stores compete on speed of delivery. Then there is is the critical need for more housing. Just as some developers are now redeveloping old factories as apartment buildings, retail could become the next frontier for conversions to multifamily housing.

All is not rosy in the retail world. This may be the last holiday season for thousands of stores across America. Fortunately, this could inadvertently lead to solving the far larger housing shortage and housing affordability crisis we are facing. It’s not a matter of if this will happen but of who will be the fastest to step up, bail owners out of distressed retail property, and convert it into something more relevant and useful.

How do you predict retail will shift in the coming years?

Christi Hawkins from Columbus, Ohio
Great article!!! I love the idea of turning empty retail spaces into affordable housing. I think it will be especially valuable in small towns where the “downtown” is on life support if not already dead. It could be a fantastic way to revitalize those spaces

John Bierly Rental Property Investor from Bainbridge Island, WA
Speaking as a former retail architect, turned multi family housing developer, I agree with some of your points but not all. Certainly you are correct about the amount of vacant retail space that will continue to become available for some sort of redevelopment. However, with the exception of older “mains street” type properties, most retail spaces developed in the past 50 years average 80′ – 100′ in depth and lack windows – that’s just the model. These are very difficult to renovate into housing as opposed to older New England factory buildings (which tended to be narrow and have lots of windows) that have been successfully renovated into loft units. More likely is that a lot of this building type will be simply knocked down and the land will become available for redevelopment into multifamily.

Melvin Plummer
Some of those large big box stores like Super Kmart wouldn’t qualify for rezoning to multi-family units. The cost to tear it down and build multi-family units would be exorbitant and would depend on the number of units in the plan. To make it work you would need more than big pockets, you would need very Deep Pockets. Even then, the risk is very high! A better option may be some sort of distribution center or warehouse.