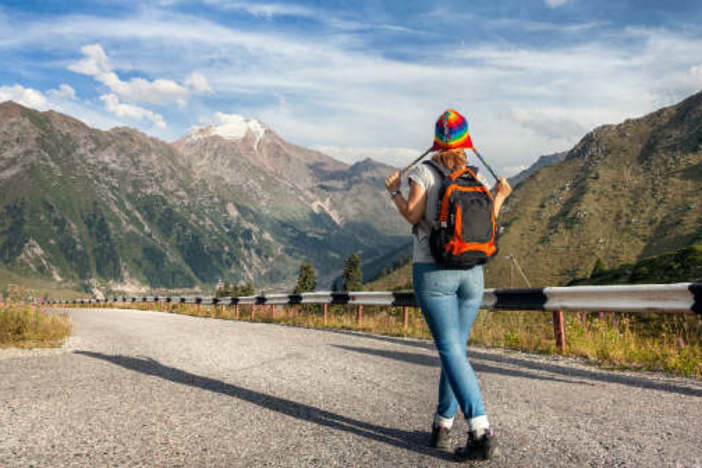 HouseCanary's quarterly Canary Rental Index (CRI) explores rent return across the country; we examine how rental yield varies from state to state by pinpointing the effective gross yield (EGY) that investors can expect on average in any given state and in certain markets. The EGY calculation includes rental expenses (like the price of the home and state and local tax levies), then determines what kind of return on investment a rental investor can expect given the local fair-market rental value of homes.

In our most recent CRI, we see that EGY across the country is hovering at 7.7%. Rental investors can therefore expect a return on their investment of around 7.7%. That's a solid return, but as we can see when we dive into the Mountain West region of the country, returns tend to be higher when real estate prices are relatively low (though not always), and there are ripple effects spreading to nearby markets from hot real estate market centers exploding with buyer interest (like Denver).

As a result, the home price growth in the Denver-Aurora-Lakewood metropolitan statistical area has been some of the fastest-paced growth in the country. Colorado as a whole showed an 8% increase in price growth year-over-year, and the results in the capitol MSA vary widely. For example, Franktown and Castle Rock to the south and Westminster to the north show the slowest current growth pace at 5.1%, but the 80218 ZIP code—spanning the North Capitol Hill/City Park West neighborhoods down through Cherry Creek and to Alamo Placita—experienced a whopping 11.8% price growth in the past year.

But that high price growth doesn’t necessarily translate into increased rental yield for investors. In the 80218 ZIP code, the average gross yield for rental investors is 5.8%. But the 80219 ZIP code, which encompasses the Barnum, Westwood, Mar Lee and Harvey Park neighborhoods, show a gross yield more in line with national averages at 7.7%. It’s important to remember that gross yield and EGY aren’t exactly comparable (EGY includes the expenses of state and local taxes), so even that relatively high-return area of Denver sits below the national average when you factor in property taxes.

You’ll find the highest gross yield in the Denver MSA in Limon on the Eastern plains—almost an hour outside of the city proper—which boasts an 11.3% gross yield for rental investors. Closer to the city center, investors would be well-advised to look at outlying suburbs like Thornton to the north. In between Denver and Boulder, Thornton is capitalizing on both “hot” markets by being somewhere in the middle. Its gross yield is 11.1%, the highest in the central metro area by at least 3 percentage points.

Colorado’s Front Range is home to several MSAs besides Denver, that said. From south to north, the Front Range encompasses Pueblo, Colorado Springs, Denver, Boulder, Fort Collins, and Greeley, stretching in a chain across the state. Are these metros seeing any effects of Denver’s red-hot market. And should investors be considering them more closely?

Absolutely! In Boulder, for example, price growth has been slower in Longmont and Lyons—but the only place in the central city where price growth has been slow is on property owned by the University of Colorado. Otherwise, Boulder has seen a collective price growth of 8.4% in the metro area during the past year, and in Central Boulder and North Boulder, that price growth is up to 9.6%. Those are also some of the worst places for investors to hope for relatively high returns: Central and North Boulder showed average gross yields of 4.4%, compared to a potential 6.8% gross yield in Longmont.

The best MSA to invest on the Front Range? Believe it or not, Pueblo, Colorado, has an average EGY of 15.5%—one of the highest yields in the country and more than double the 7.7% national average. This is one area where high price growth hasn’t seemed to hurt rental yields very much: Pueblo’s price growth over the past year ranges from 7.8% in its 81004 ZIP code, which straddles I-25 from Pueblo’s Mesa Junction neighborhood all the way down to Colorado City, up to 13.6% in the 81005 area, which encompasses neighborhoods from Aberdeen to South Pointe. But despite that robust price growth, the lowest average gross yield in Pueblo is a respectable 12.8% in Stone City and Pueblo West, up to 16.8% in Avondale to the east of the city.

Would you consider investing in any of these locales?

Chris Ayers Rental Property Investor from Warrenton, VA
Moral of the story: invest in the next place that legalizes weed.

Chris Pasternak Real Estate Broker from Pueblo, CO
Not exactly. Legalizing MJ in Iowa or Kansas is not going to cause a mass influx of people.

Eugene Vollucci from Palos Verdes Peninsula, California
REAL ESTATE OUTLOOK MAY 2018 LOS ANGELES, CA. Recently, we have seen a cyclone of economic and political news and developments that has affected the real estate industry. Overall, these developments have created somewhat higher downside risks. Growth and inflation data over the last month have not come up to our forecasts. In our view, the mixed data suggests a temporary pause in growth. Lower inflation data could indeed imply slightly higher labor costs and perhaps the continuation of a Pollyanna outcome. The Federal Government is moving ahead with monetary tightening. Several risks are rising, in our view. First, the risk of an escalation in trade tensions, with the investigation into Chinese intellectual property practices. Second, risks in the Middle East are rising again. Third, rising tensions with European countries could hinder an already-difficult reform process. In addition, there is a flattening in the US Treasury yields. Currently, we do not think that these developments have a major significance for the real estate markets. However, if there is a return to a situation of rising risk in the US dollar, this upset could cause prices to become volatile again. Although Treasury yields have flattened again, they are close to the recent lows. At this point, we think there is no major cause for concern yet. In the US, the downward revision of the first quarter 2018 is partly offset by some upward revision for fourth quarter 2017, and employment remained strong. . Overall, growth in the first quarter still appears to be at a 3% pace, and is expected to pick up later in the year, because of the effects of the US fiscal stimulus. Because of robust growth and subdued inflation, we believe that this has supported valuations of the industry over the last few years. Keep in mind, there are questions during the period of moderate financial market volatility. The most recent data suggest that the Pollyanna effect may persist for a little longer. Therefore, we are staying with our belief of economic growth. However, it is still too early to jump to a conclusion as to the end of the current upswing, despite ongoing trade tensions. The Los Angeles Times recently reported that institutional investors bought more single-family rental homes in 2017 than in previous years, the first increase since 2013, according to data compiled by Amherst Holdings. Wall Street firms such as Blackstone Group and Tom Barrack’s Colony Capital Inc. rushed into the single-family rental business when U.S. housing markets were reeling from the foreclosure crisis and homes were available and cheap. The feeding frenzy was short-lived. By 2014, big landlords were already paring back their purchases as foreclosures dried up and they tackled the challenge of managing widespread homes. Now they’re buying again, at a time when single-family landlords are raising rents faster than apartment owners are. While multifamily landlords face pricing pressure from new supply, very few single-family homes are built specifically for leasing. Demand for rental houses “feels like it’s insatiable,” Gary Berman, chief executive of Tricon Capital Group Inc., said in an interview. Tricon, the third-largest publicly traded owner of U.S. rental houses behind Invitation Homes Inc. and American Homes 4 Rent, bought about 850 homes last year, said Amherst, which analyzed data from CoreLogic Inc. The biggest purchaser was Cerberus Capital Management, with an estimated 5,100 houses. Amherst itself bought almost 4,900 homes through its Main Street Renewal subsidiary. There’s another factor driving Wall Street’s renewed acquisitiveness. Now with their businesses well established, the large landlords are having an easier time financing purchases, said Greg Rand, CEO of OwnAmerica, an online platform for buying and selling rental houses. Rental properties should remain well ahead of other major property types because they are generally more stable. Three important factors account for this stability: 1. They are less dependent on business cycles for occupancy than any other types of real estate investments. It does not matter if interest rates and home prices are high or low, rental properties are generally more affordable. 2. Rental properties have shorter leases; thereby offering greater protection from inflation than the long-term leases associated with other properties. That is, rents can be negotiated more frequently. 3. The pool of tenants is much greater for rental properties than other types of properties. This ensures a more consistent occupancy than industrial and commercial properties, which usually have only a few tenants from which to choose. ABOUT THE AUTHOR: Eugene E. Vollucci is the Director of The Center for Real Estate Studies, a real estate research institute. He is author of four best selling books and many articles on real estate rental income investing and taxation. To purchase a subscription to Market Cycles and to learn more about the Center for Real Estate Studies, please visit us at CALSTATECOMPANIES.COM

Federico Morales Rental Property Investor from San Jose, CA
Hi Alex Villacorta, Thanks for this awesome article. I am trying to decide which out-of-state market to get into, and I had considered to start using Zillow’s API to mine Zestimate vs rent estimate and organize it by zip code. When discussing with one of my colleagues (since I’m not a software engineer, I figured it’d be easier to have a friend do it for me than spend a couple of weekends winging python, ha), he said it’s a good business case and someone probably thought about it already. So I googled and here we are 🙂 Couple of questions: (1) is the name of this specific rent yield product the Canary Rental Index? I mean, that’s what I’m looking for on the website to get reports on rental yields by zip/city, right? (2) Do you have historical data? What I’m interested to know is how those yields performed during the 2008 downturn in those specific cities/zips. I’m looking to enter the market and am worried that a downturn may be coming soon. I would hate to get into an investment just to lose all my renters in a downturn, even though the yield is hot now because jobs are plentiful now! This would especially suck as I’m just getting into it 🙁 (3) is canary hiring? Lol. I’m an IT business analyst (functional side, not software side) in international banking (currently consulting in Europe), but looking to head back home and work in some more REI oriented. I’ve also got an interest in big data. House Canary seems very forward thinking 😉