American homeowners have $2 trillion more in equity than they did a year ago, according to a recent report from CoreLogic. That’s $33,400 per mortgage holder, thanks to rising home prices caused by pent-up demand and short inventories.

This all comes amid a recovering economy and a vaccination drive that now has more than half of the United States population vaccinated against COVID-19.

For much of 2020, interest rates were at their lowest levels in decades. That allowed for a massive refinancing push—so homeowners locked in better rates and saved on interest, leaving more equity on the table.

Today’s homeowners are wealthier than ever before

Frank Martell, president and CEO of CoreLogic, said, “Homeowner equity has more than doubled over the past decade and become a crucial buffer for many weathering the challenges of the pandemic… These gains have become an important financial tool and boosted consumer confidence in the U.S. housing market, especially for older homeowners and Baby Boomers who’ve experienced years of price appreciation.”

But as the economy climbs back from last year’s fallout, consumer prices, manufacturing, and the cost of construction have all increased—as has consumer spending and confidence. Plus, mortgage and eviction moratoriums are ending this month, which could bring a host of issues to the forefront.

The question moving forward: Will the housing market start to feel pressure?

Will equity provide a buffer against a market collapse?

It was reported that mortgage lenders were giving out 72% of their mortgages to borrowers with 760 credit scores and higher towards the beginning of 2021. Furthermore, with debt-to-value ratios incredibly low, it’s hard to envision the catastrophic collapse we saw in 2008 repeating itself.

Yes, home prices appreciated between 2005 and 2009, but debt was progressing quickly, too. Once prices leveled off and began to decline, the bubble popped. Add the fact that mortgages were given out like candy to borrowers who most likely wouldn’t get one today, and it’s easy to see why flames sparked.

Today, the situation is much different. Inflation is rising, and the cost of living is only going to become more costly. Wage growth hasn’t exactly measured up to reality, either. That’s been a nagging issue in the United States for years now, but how much it affects this real estate market is up for debate.

Homes are flying off the market, families are moving, people are spending money, consumer confidence is growing, and travel is making its recovery. Debt is not climbing faster than mortgages—in fact, it’s climbing at just one-third of the rate at which home values are climbing.

Most loans are on low, fixed-interest rates, especially coming off of last year’s refinance boom. That’s another stark contrast from the Great Recession, where variable rates were king. Now, homeowners have stability in their monthly payments. And thanks to increasing equity, they have the necessary mobility to make adjustments when things get tight.

So, if the market started to level off and perhaps even face some depreciation, home sales might slow down, but forced sales wouldn’t be the driving nature of the market. Sales wouldn’t be driven to a loss either, and the vast majority of mortgages wouldn’t default.

Successful investing requires accurate, easy-to-understand information about your properties and the markets you invest in. BiggerPockets Pro gives you the information you need to find your next great deal and maximize your current investments.

So where is the fear coming from?

Considering the volatility of 2020—and the unprecedented actions taken to combat the pandemic—it’s natural to feel uneasy about the economy.

Before the pandemic, the economy was doing fantastic. Then, the pandemic hits, shutting down many industries for months. Now, we’re in the recovery phase and numbers are looking good—especially the housing market. But there’s still a feeling of uncertainty in the air, and rightfully so. The last time home prices appreciated significantly, there was a massive crash on its tail.

This time around, it’s easy to get caught up in the drama of market appreciation and doomsday scenarios, but the fundamental indicators just don’t point to this sort of massive crash. By Q1 2021, only 2.4% of mortgaged properties were underwater.

CoreLogic’s chief economist, Frank Nothaft, says that the average homeowner now has $216,000 in equity. This is tremendous leverage, and something we didn’t have 12 years ago.

Moving forward, the main concern isn’t a market crash, but rather younger homebuyers getting locked out of the market due to a lack of savings and stagnant wage growth. But as of now, there are not many reasons to expect massive fallout in the housing market.

However, it’s important to keep our eyes on the key indicators and be prepared. If last year taught us anything, it’s to expect the unexpected. 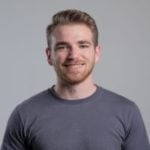