With mortgage rates topping 7% and home prices remaining elevated, Americans are less confident than they’ve ever been about their home-buying prospects. According to Fannie Mae, only 16% of consumers believe it’s a good time to buy.

While affordability remains a barrier, there’s another reason to be concerned—nationwide home prices are likely to depreciate from their current values. This could leave new homeowners trapped in high-interest mortgages as their home equity declines. Home prices have already fallen 1.3% since June, the first decline in a decade. The total number of applications for mortgages is fewer now than during the Great Recession. While most analysts don’t expect a devastating crash akin to 2008, it’s likely to be the second largest hit to home values of the post-World War II period. But some experts are more optimistic than others.

How Far Will Housing Prices Fall?

Researchers at Goldman Sachs predict home prices will fall 5-10% from their peak in the U.S., which wouldn’t offset the rise in home prices through the pandemic. Many homeowners made strong equity gains and socked away extra cash during lockdowns, setting them up to weather a downturn. A recession can force people to sell, but most homeowners have fixed-rate mortgages and may choose to rent their homes instead. That would maintain the relative shortage of supply, which could keep prices from falling too rapidly.

Researchers at Wells Fargo predict a 5.5% decline in home prices in 2023. But they note that several factors could cause a greater or lesser decline.

Moody’s Analytics thinks the fall will be more drastic. Researchers are predicting a 10% decline in home prices but estimate a drop of up to 20% in the event of a recession. Falling prices will vary by region—Moody’s estimate is a nationwide average. But with so many overvalued housing markets, researchers think this will be a necessary correction to restore affordability.

When Will Prices Hit the Bottom?

It may take a while for housing prices to bottom out and begin to reverse. Moody’s analysts predict that it won’t happen until late 2025. Wells Fargo researchers report that home prices will begin to rebound in 2024. And analysts at Goldman Sachs pinpoint March of 2024 as the time home values will hit bottom.

Which Markets Will Tumble the Most, and Which Are the Most Resilient?

Predictions from Moody’s Analytics and Redfin show the steepest declines in markets that saw the greatest increases in home prices over the past two years. In other words, the most overvalued markets will experience the sharpest corrections. For example, Redfin expects Boise, Riverside, Phoenix, and Tampa to be among the markets with the greatest risk of a downturn. Moody’s predicts that house prices will fall more than 10% in 196 markets. Researchers believe prices in Morristown, Tennessee, will decline -26%. Other markets that will drop sharply include Muskegon, Michigan, and Flagstaff, Arizona.

Above is Redfin’s analysis of housing markets in the 98 U.S. metros where sufficient data was available and uses several housing-related indicators for each metro, including home-price volatility, average debt-to-income ratio, and home-price growth. Each metro is assigned an overall risk score, relative to the other metros in the analysis: 100 represents the highest likelihood of a housing market downturn, including year-over-year home-price declines, while 0 represents the lowest likelihood. Click here for the full methodology.

Conversely, markets that have remained affordable since 2020, including many Rust Belt metro areas, will be the most resistant to falling prices. Redfin cited Cleveland, Ohio, and Buffalo, New York, as two markets with the lowest risk of a downturn. Moody’s forecasts the smallest decline in Montgomery, Alabama, at only -1.4% Other resilient markets include Erie, Pennsylvania, and Trenton-Princeton, New Jersey.

This is consistent with research on housing market trends that suggests prices follow the principle of mean reversion. When housing prices in a market deviate from their fundamental value, they eventually return to that fundamental value. In volatile markets (e.g. Phoenix and Tampa), the price cycles are typically larger than in tame markets (e.g. Chicago and Cleveland). But in more volatile markets, increases in housing prices during appreciation periods are more pronounced than decreases in housing prices during a downturn.

What does this mean for investors? When housing prices are rising, investors will realize greater appreciation in volatile markets. But they’ll also be at risk of seeing steeper declines in home values when a downturn hits. The longer a market has been overvalued, the more likely it will revert to the mean in the near future.

But even when prices in these markets fall below their fundamental value, the decreases are somewhat smaller than the increases. Over time, holding a property in a volatile market through the ups and downs may prove to be more profitable, assuming you bought when prices were low. On the other hand, short-term investments, like fix-and-flip deals, may be riskier in these markets.

Is Now a Good Time to Invest in Real Estate?

Investors should proceed with caution over the next year, especially in highly overvalued markets. Rent-to-price ratios are high in some of the more tame markets like Cleveland and Chicago, and sellers across the country will be more willing to negotiate prices as competition wanes. If you can get a price reduction on a property that will yield strong positive cash flow and hold the investment through the anticipated price declines, then you’ve got yourself a deal.

But you should be conservative with your rental income estimates, as rent growth is slowing, and expect home prices to fall before they rebound. Looking at historical changes in home prices for the market you’re interested in may help you determine where prices will land when they’re at the bottom.

Be poised to pounce—sometime between early 2024 and late 2025, analysts expect prices to hit bottom, and the Mortgage Bankers Association expects mortgage rates to come down to around 5.4% by next year’s end. Bolster your cash savings now so you can take advantage of the best deals when they arise.

Find an Agent in Minutes

Match with an investor-friendly real estate agent who can help you find, analyze, and close your next deal. 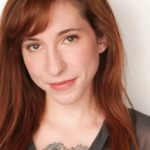 Lindsay Frankel is a freelance writer who covers personal finance and real estate topics for a variety of publications...Read More

New Redfin Report Shows Which Housing Markets Are Gaining—And Losing
NAR Economist Thinks Housing Prices Could Rise In 2023—Is That Possible?
2023 Mortgage Rate Outlook: You Won’t Believe What Could Happen