The importance placed on closing deals, especially in real estate and sales, can trick us into believing that closing deals is different or harder than any other goal. But no matter what you are going after—whether it is closing more deals, setting better goals, or hiring real estate rock stars—the success formula is the same. And it doesn’t start with action. It begins with your mental environment surrounding that specific target.

The formula for closing deals

What is your formula for closing deals? If you have experience in sales, your answer to this question is likely based on how you have closed deals in the past. Experience is valuable, but it can also be limiting if it defines your future.

As a coach, my “formula” for closing deals is quite different. My answer to that question is, “Some deals close, and some deals don’t.” What does this mean? The best way to close deals is to play the numbers game. The more you go after, the more you will close. A major stumbling block to closing a deal is the inability to stay agile and move forward, even when it doesn’t close.

It’s easy, especially as a new real estate investor, to get emotionally attached to the success or failure of each individual deal. But focusing on one project’s outcome can limit your effectiveness on future opportunities. It is beyond the fear or sting of “failure” that the magic happens.

Success is more than closing deals

Achieving success is not dependent on closing a certain number of deals. By knowing that your goal is much larger than the project you are currently working on, you can have a better perspective on what you truly want to accomplish. Sometimes the failure of a deal can be more valuable than closing it. When a deal falls through, pay attention and keep moving forward—life is teaching you something you may need to know before closing a bigger, better deal in the future.

Simply wanting to close more deals is playing the short game. To play the long game, align yourself with success and get excited about discovering your unique path to achieving it, no matter how many or what deals you close to get there.

If you have read my other posts, it won’t shock you that the fastest way to create success is by aligning your mental environment with success.

If this is a new concept for you, here is a quick explanation. Your mental environment is your frame—you can also think of it as your expectations. Your frame creates your mindset. Your mindset creates your strategy and determines your actions. The best strategies and most productive actions arise from a frame that is aligned with what you want and embraces what life is bringing you. Aligning your frame with success, no matter what life is bringing you at that moment, is the fastest, easiest, and most enjoyable way to turn ambition into reality.

When you align your frame with your real target—success—you can remove the pressure around individual deals and start playing a better long game.

Focus on what you can control

Let’s break it down. What is a deal? It is an agreement reached by two people. That’s what makes closing deals unpredictable. When you look back at your experience, I bet there are some deals you were convinced would close that didn’t, and some deals you thought would never happen that ended up coming through. The result isn’t a reflection of your work ethic, preparation, or competency. It’s not that personal. You were either able to reach an agreement or not.

You control yourself and no one else. Have you ever spent time before an interaction analyzing how you will control the outcome? I know I have. This is a fool’s errand. No matter how much we prepare, we can never control other people. No matter how passionate you are about a specific deal, the result lies in the hands of another person. Not closing a deal isn’t a failure. It simply means an agreement wasn’t reached, and it’s time to move on to the next deal.

Since we can’t control other people, our energy is better spent focusing on what we can control. The only thing you have complete control over is your mental environment—your frame. Don’t get caught up in the details. It doesn’t matter what the market is doing or that you didn’t close a deal you really wanted; it’s all about your frame.

Your frame is your starting point. Your target is success. Before taking any action, start from a place of success and certainty. Tell yourself, “If a deal doesn’t close, it’s because a better deal is on the way. I don’t know what deal is going to close next, but it’s going to be a good one.” Decide to believe this 100 percent, and you will begin to experience the power of mindset.

You are always one phone call away from closing a deal. What happened yesterday or last year is irrelevant. Anything can happen next. Start living in that reality, and your life can become a fascinating journey down your unique path to success, as opposed to a daily grind focused solely on closing more deals. Which one sounds more fun?

There is no formula for closing deals. A deal is an agreement between two people. And since the only person you can control is yourself, there is no foolproof method for closing deals. Remember, it’s as simple as this: Some deals close, and some don’t. If you want to close more deals, align yourself with success and start going after more.

Success is your starting point, not your destination.

Feeling stuck? Shift your mindset and make the impossible a reality.

Life is just waiting to give you everything you deserve and desire—you just need to shift your mindset to achieve it. If you’re feeling stuck, this book will push you towards a future you never imagined possible. 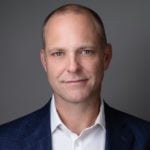 Jason Drees is an entrepreneur, author, speaker, and performance coach based in Austin, Texas.

Ed Mylett on Intention, Creativity, and How to Succeed in Recessions
Mindset: How You Can Fulfill Your Potential and Break Barriers
How to Hire Real Estate Rock Stars