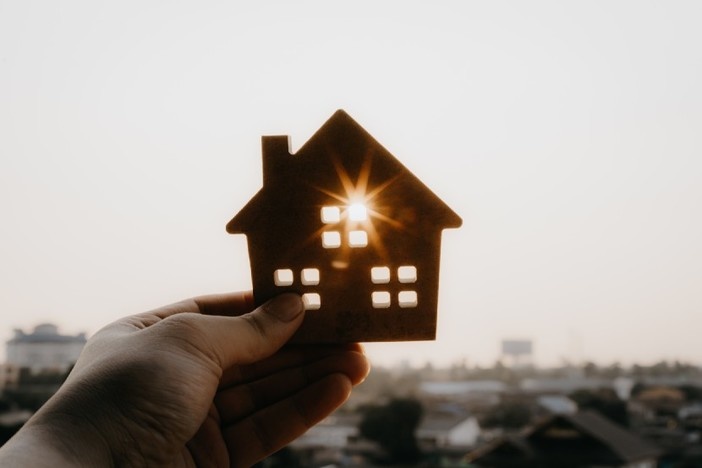 Usually if something seems too good to be true, it is.

But what about investing in real estate with low or no money down? Is it just a myth or can it really be done?

I’m here to tell you there are paths you can take to start investing with only $1,000—or less.

Low on Cash but Ready to Invest? Here’s Where to Start

You're probably not going to find a loan where the bank says, "Sure, we'll take $1,000 down payment. We won't even charge you any extra fees."

That’s not gonna happen. But there are paths that you can take to start investing without a lot of cash. Let’s call it creative finance, because you’re going to replace all of that cash you normally would need with a creative method instead. So, let me give you a few good places to start.

Find a great deal, and use the deal to attract a partner who can fund it.

Let’s say there’s a new real estate investor named Bob. Bob only has a thousand bucks—but he’s motivated, he’s excited. He’s dedicated to getting started making passive income. So Bob finds a great real estate deal from someone who responds to his marketing (maybe a Craigslist ad or a letter he’s sent out using this thousand bucks).

Then, because a $1,000 is not going to be enough to get the deal through a traditional bank on his own, he finds a partner who can bring the down payment needed.

Now, why would someone agree to put down the whole down payment and then split the deal with Bob? Because Bob has the deal. And in today’s economy, he who has a deal, has the gold. And he who has the gold, gets partners.

It’s as simple as that.

Here's how they typically work: A hard money lender is going to fund up to, let's say, 65 to 70 percent of the after repair value. In other words, they'll lend around 70 percent of whatever the property is going to be worth when it's all fixed up.

Alright, so it’s their friend Bob who happens to find this nasty property, and he gets it under contract for $80K. Now he could potentially get the hard money lender to fund the entire purchase and the rehab, because they’ve got the $140K.

It might sound crazy, but it’s not. House house flippers buy nasty properties at those margins all the time.

Of course, not all hard money lenders are going to fund 100 percent of everything—even if it’s a great deal—because they like to see that you have some money invested. It’s what we call “skin in the game.”

But there are companies who will do 100 percent, or you know, maybe Bob combines the last technique with this one—he brings in a partner to help supply that skin in the game.

See, it’s all about thinking creatively.

And hey, check out BiggerPockets.com hard money lender free directory to find lenders in your state.

Put simply, wholesaling involves finding a great deal, signing a purchase and sale agreement with the seller, finding someone else looking for a deal, and agreeing to sell your deal to them for a wholesaling fee.

Here’s an example with Bob. Bob finds a great real estate deal from someone who responds to his marketing like we talked about earlier. Bob and the seller sign a purchase and sale agreement for, let’s say that $80,000.

Now, Bob only has $1,000. So instead of buying it, he finds another house flipper—someone looking for a deal—and he agrees to sell the deal to them.

To be sure, there are some state-specific legal rules that need to be followed when doing wholesaling. But the gist is this: the house flipper pays $90K for the deal. The seller (the original seller), they get their $80K. And Bob keeps the $10,000 difference as his wholesale fee.

Does that make sense? So he’s buying it for the 80. But he’s selling it right away basically for $90K. He keeps the difference, and now he’s got 10 grand more to go put into more marketing to get more good deals that he can wholesale.

So, what do all three techniques have in common? They all require finding a great deal. That’s why I often say knowing how to find a great deal is the most important skill an investor can have. So learn up has also. Why teach a class every week at Bigger Pockets Dot.com Sites webinar where we walk through how to find deals and run the numbers? We do live together. We’ve even got investment calculator on bigger pockets so you can analyze deals in under five minutes.

All right. So those are three way. Somebody can get started investing in real estate with a thousand bucks. Was it easy? No. Is it worth it? Definitely. So what do you think? Let’s chat in the comments below. And don’t forget to smash that thumbs up button and subscribe to our channel for bigger pockets. Dot com. My name is Brandon Turner. Sign enough.

Watch my video above for additional details about each technique and to learn more about the one thing they share in common—finding great deals! It’s the single most important skill an investor can have, and I can help you master it.

Let’s chat below in the comments.

Sedriah F. from Charleston, SC
@BrandonTurner, on number 1, when partnering up how do you structure the deal. Did you just write up an agreement with them and have it notarized with the terms or do you set up a LLC with them? Since I am new to flipping I’m looking at partnering up and using HML but don’t know how to partner up correctly.

James Rodgers Financial Advisor from Charlotte, NC
One idea I have come across is peer to peer lending. After doing some research, it seems it’s a workable strategy for getting the upfront cash for rehabs. Is it possible, or advisable, to use something like peer to peer lending to buy, let’s say, a tax deed or foreclosed property? This is something I thought of while reading some blig posts and listening to one of the podcasts. Any feedback on this question would be appreciated!

Nicholas Myler Rental Property Investor from Dallas, TX
Those all sound like great ideas but they seem like a bit of a stretch. And with only the $1,000 to throw in I'd say you'd have to be pretty lucky to score any of those deals. What if you could invest that same $1,000 completely hands-off and collect a 3 - 12% rate of return? This is what real estate investing apps like Tellus are doing so that investors can do a lot more with smaller sums of cash.

Tom Wilson from Saratoga, California
Partner up, that's what even we help investors with. Thanks for sharing this, Brandon.