Waiting to Invest Because the “Market’s Too Hot”? You’re Missing Out—Here’s Why 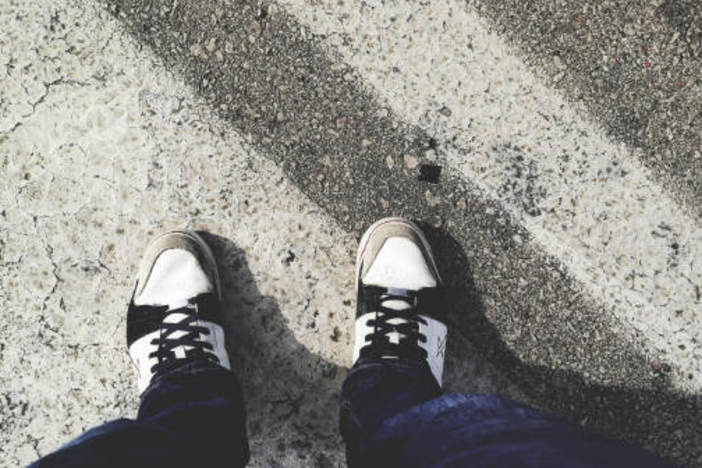 Are you one of the proponents of this point of view? If so, you are not in the majority, but your feeling is valid enough to engage in a discussion.

Let’s talk this through.

I know this may sound to you like semantics—a bit of hair-splitting or nit-picking—but when you say something like “this market is too hot,” what exactly do you mean by “market”? Is all of the United States one market, as far as you are concerned? Do you view Dayton, OH same as Denver, CO? Do you see Peoria, IL the same as Phoenix, AZ?

Sounds stupid, doesn’t it? But aside for beginning with the same letter, these locales have nothing in common. Interestingly, all of them are doing well in this cycle, but while some are leading the way with solid economic fundamentals, others are simply riding the coattails of the overall booming economy.

We need to make this distinction first in order to have a meaningful conversation on this topic. There is no such thing as “the market.” There are many, many markets, and all of them need to be spoken of separately.

“Rents Are Historically Too High and Unsustainable”

I used to feel this way, but then I used my brain.

The Fed’s stated policy is 3% annualized inflation, which they see as neutral. This has been their position for many years. And if this is the goal, then necessarily, each and every year, rents are supposed to climb to new historic highs.

Related: 4 Simple Steps to Assess Reality & Make an Offer in a Seller’s Market

So I am not sure what exactly the statement "rents are historically too high" means. I'm sure rents are much higher today than they were in 2003. So are the S&P, the NASDAQ, and real estate.

Furthermore, as we already settled, all markets are not created equal. Let us agree that rents have inflated because everything else has inflated. But in some cities, the inflation is accompanied by population growth, job growth, and income growth—while in other cities, it’s not.

With this in mind, I think it’s fair to say that just like pricing of real estate, rent increases in some localities have staying power, while these increases in others are likely much more questionable.

But we do have deflationary economic cycles, and surely rents have to be impacted to some extent. Rents can’t go up in good times and in bad. So, let’s take a look at that.

I moved from Ohio to Phoenix, AZ about three years ago. I had a portfolio in Ohio but never syndicated in that market. The main reason for this was that I just wasn’t comfortable projecting structural growth. The Midwest is a place characterized by an aging, declining population, high property taxes, limited employment opportunities, and bad weather.

When putting people’s money into a deal, my first concern is safety. Safety in real estate is a function of growth—period! Growth solves many problems. Growth solves physical vacancy issues, economic loss issues, and rent growth issues. Growth is what you want as a sponsor.

I know that many of you will point to cities like Indianapolis, Cincinnati, Columbus, and Tucson—and the historically low cap rates those cities are trading at—and say, “See, Ben, this is growth.”

But is this growth sustainable?

This is why I stopped buying there in 2013, and it’s why I couldn’t put people’s money in play there. This is also why while I have had many opportunities to buy in Tucson, and I just can’t pull the trigger. When I get calls from brokers telling me they are moving 1980s product at a 5.5% cap rate in these markets, I just laugh. I can buy in Phoenix at that price.

But, What Makes Phoenix More Sustainable?

Well, Phoenix MSA is nothing short of a population explosion. At over 5MM population, Phoenix is now the fifth largest city in the nation. Maricopa county has been the number one growth county in the nation for several years running.

Last year, Phoenix clocked in rent growth of over 7%. This year, Marcus & Millichap is projecting over 6%, and others are projecting higher.

Is that sustainable? No, not in perpetuity because nothing is sustainable in perpetuity. However, while average rents nationally sit somewhere around $1,470, Phoenix is only at $1,070.

So, Will the Rest of the Country Come Down?

Perhaps, but here’s what I know.

I started buying small multifamily in 2006 in a town you’d never heard of before you listened to BiggerPockets Podcast episode 14. By 2009, I had about 12 units. I stopped buying in 2009, but picked it up in 2011, and by 2013, I’d gotten up to about 30 units. So, I had rentals throughout the Great Recession, in a town that hasn’t gained population in five decades.

Do you know how much my rents went down?

Do you want to know how much rents went down in Phoenix MSA during that time?

Approximately $50, according to Department of Numbers. And this was at a time when Phoenix was a different market, without a diversified economy, driven mostly by construction at the time. Night and day to what it is now.

This $50 constituted about a 6% decline from the average rents in the MSA at that time of around $813. Phoenix grew by more than that in 2018 alone! If a similar decline were to take place again—frankly, whatever—there would be not much of an impact on my business plan long-term. That would simply take us back to 2017 levels.

This exact scenario is exactly what we saw in Phoenix during the Great Recession. We saw our rent peak in 2008, before dropping the aforementioned $50 by 2010. However, 2010 rents were still higher than 2007, which gives me more reason to buy!

Just in case, though, I stress test a $100 decline in rents on every deal I syndicate. And $100 is double the decline we saw in the Great Recession in dollar terms, which would constitute not a 6% decline, but an almost 9.5% decline from the current averages.

“Wait for the downturn!” they exhort.

Just as we can’t talk about the entire country as one market, we cannot consider the entire country on one cycle. Some places have been in the recovery for over a decade, while others only kicked into gear four of five years ago.

Should this play into your decisions? Yes. But, does the statement “the cycle is too late” apply in equal measure to all of the country? No.

“But the Downturn Is Coming!”

Yes, it certainly is. It always does.

“I’ll Wait to Buy Until Prices Come Down.”

OK! I might point out to you, however, that I am much more likely to get that call than you. Why? Because I am a known commodity. I am a brand. People know me as someone who signs on the line and then performs.

You, on the other hand, are known as the smart guy who’s waiting for the downturn.

See any problems in that?

Things I Would Not Syndicate Today

I would not syndicate in secondary.

I think you’ve got to own property where most people have a reason or desire to be. The vast majority of this is driven by jobs, which pushes us into primary markets.

I would not syndicate in tertiary markets.

I learned this, among other things, from Brian Burke. He had an unfortunate and costly experience with this early in his career and makes it a point to advise against it.

Sometimes we refer to these markets as “one-trick-pony” markets. Perhaps there is one very large employer in town—or even two. Or perhaps there is a military base driving all of the economic activity. That’s just scary on many levels!

I would not syndicate in any market with declining population.

I would not syndicate in any market that is late in the recover cycle.

I suppose if you’re prepared to stay in for 10 years—and not as a contingency, but as your primary option—then this wouldn’t matter. But since there are much younger recovery markets, I see very little reason to be anywhere else.

I would not buy in any market with high property tax.

I think this is self-explanatory.

What are your thoughts: Are there still markets you feel comfortable investing in? Or are you sitting on the sidelines for now?

Rob Barry Rental Property Investor from Ramsey, NJ
Hm so when did Phoenix become a primary market? Was that this year? Coulda fooled me. Fortunately, those people (none of whom I know) still claiming that “the market is too high,” would likely be glad to know that except for maybe two big exceptions, the overall national market for real estate typically follows 18-year cycles. So, historically, we wouldn’t be due for one until around 2026. (Your submarket may varry). I like Phoenix, the last deal I bought was in Phoenix. Population and job growth there is very compelling. But it’s an area still weak to possible hypersupply. M&M mentioned in their 2018 report that most of the best value-add deals of this cycle are behind us. So we’re getting into the zone where new construction becomes more viable than rehabbed 1980s-1990s construction. A few more years in and a few flat jobs reports later and you’re looking at oversupply. The prudent move, pretty soon, will be focusing on core and core+ only, since we’re aboit at peak. But there are probably a few more years (YMMV) before value add in general becomes horribly reckless.

Sam Grooms Investor from Phoenix, Arizona
You don’t think Phoenix is a primary market? 5th largest city in the nation. Second fastest growing MSA, which was 4.75M in 2017. I get some people make the cutoff for a primary market at 5M, but Phoenix will be over that by 2020, if not already.

Sean Kollee Investor from calgary, alberta
What is high property tax? How do you compare tax rates Since some states don’t charge a state tax yet may have high property tax and vice versa. What % of the gross rent attributable to property tax is too high?

Harris Seed
Thanks for this article Ben! Do you know of a website or source that lists/charts what phase of market cycle various cities are in?

Andrew Syrios Residential Real Estate Investor from Kansas City, MO
I agree. I had a friend who was convinced the market was near a correction in 2015 and waited because of that. He missed out on a lot of good deals. That being said, I do think you want to be more cautious and demand better deals because we are, in all likelihood, nearing a recession.