Jeff Bezos, Likely to Be the World’s First Trillionaire, Sums Up His Business Philosophy in 3 Words 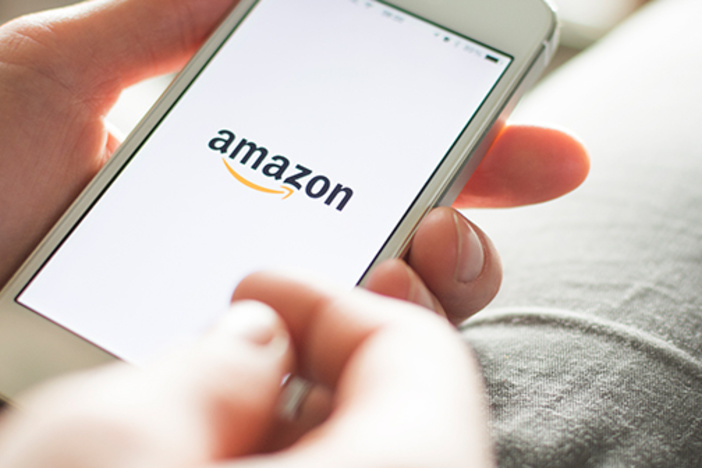 For Amazon founder Jeff Bezos, the last year’s been a gravy train like no other, including pocketing $6.6 billion in one day alone.

His personal fortune now sits at $93.8 billion, a year-to-date increase of $28.5 billion, according to Bloomberg’s Billionaires Index. Investopedia thinks Bezos could be the first trillionaire within 25 years.

Related: Why Newbies Should Adopt Richard Branson’s “Screw it, Let’s Do it” Philosophy

By comparison, Warren Buffett and Bill Gates increased their net worth by $7.84 billion and $6.28 billion, respectively. (And Buffett had to produce a record year just to stay within arm’s reach to Bezos.)

Anyway, back to what made you click this story in the first place:

A few months ago, Bezos released a letter to shareholders in which he revealed his philosophy on business, in just three words.
And it was brilliant.

So, What Does That Mean?

Here’s an excerpt from the letter that was released on the SEC’s website.

This phrase will save a lot of time. If you have conviction on a particular direction even though there’s no consensus, it’s helpful to say, “Look, I know we disagree on this, but will you gamble with me on it? Disagree and commit?”

By the time you’re at this point, no one can know the answer for sure, and you’ll probably get a quick yes.

I disagree and commit all the time. We recently greenlit a particular Amazon Studios original. I told the team my view: debatable whether it would be interesting enough, complicated to produce, the business terms aren’t that good, and we have lots of other opportunities.

They had a completely different opinion and wanted to go ahead. I wrote back right away with “I disagree and commit and hope it becomes the most watched thing we’ve ever made.” Consider how much slower this decision cycle would have been if the team had actually had to convince me rather than simply get my commitment.

Related: This Simple Advice From Warren Buffet Guides Me to Deals No One Else is Finding

Click out the SEC for the full letter, where Bezos also reveals his version of Will Smith’s “There’s no reason to have a Plan B.”

What do you think of Bezos’s advice?

Chris
You might note that Amazon Stock has a P/E ratio of about 280, so while the Company will undoubtedly continue to grow the pricing of the stock is likely unsustainable given that P/E ratios above 50 are virtually unsustainable by by an activity of this size for any extend period of time. Probably need to distinguish between the Stocks hype and the reality, however well the Company itself might be performing.

Nate T. Investor from Tempe, Arizona
Amazon has an interesting philosophy of taking over the world while not trying that hard to make a profit. So P/E might not be as reliable as with traditional companies.

Andrew Syrios Residential Real Estate Investor from Kansas City, MO
That’s a good point, you can’t always build a consensus, but that can’t paralyze you. Instead you have to press forward, but you need to at least recognize that there is a disagreement otherwise your team won’t feel heard or cared about.

Steven C. Suarez from Hurst, Texas
That’s cool. Build a good strong team around you that you trust wholeheartedly and allow them the freedom to create amazing things. I’ve been trying to do that more and more in my business and family life. And it’s working pretty darn good. I’m a recovering micro-manager so it isn’t always easy. ?

Chris Chessari Investor from Bloomfield, CT
Members of Congress should consider this approach.

Karen Rittenhouse Flipper/Rehabber from Greensboro, NC
Cut out the BS and get-er-done. Love this post. Thank you.