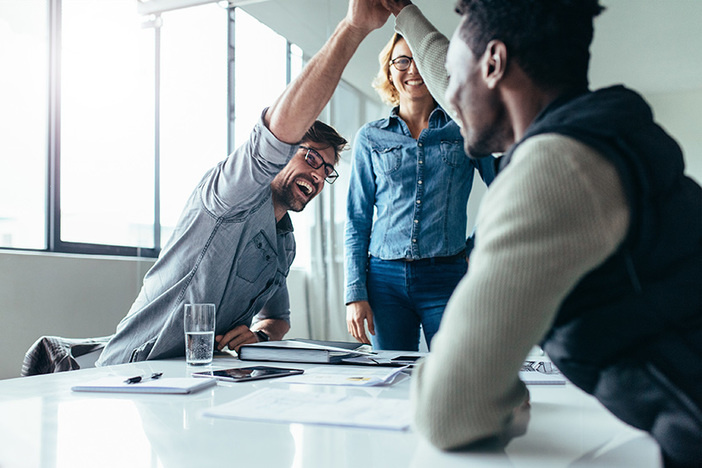 One last time I will delve into the amoral and borderline sociopathic book 48 Laws of Power by Robert Greene with a lesson that every half-decent politician knows: “Work on the hearts and minds of others.”

“Coercion creates a reaction that will eventually work against you. You must seduce others into wanting to move in your direction. A person you have seduced becomes your loyal pawn. And the way to seduce others is to operate on their individual psychologies and weaknesses. Soften up the resistant by working on their emotions, playing on what they hold dear and what they fear. Ignore the hearts and minds of others and they will grow to hate you” (Greene 367).

You know, there would be a fairly easy way to rephrase this into something that normal, decent, and totally not-power-hungry freaks would find helpful. The key lesson is that every person is the hero of their own story. And while you can force someone to do something (at least you can sometimes), you can never truly get someone to buy into a course of action unless they want to do that thing themselves. And the more you personalize your approach to that specific person, the better. (For example, using sports analogies around people who hate sports isn’t going to help.)

Related: The Best Way to Attract Like-Minded People for Your Real Estate Team

Treat Employees as If They Were Volunteers

This is why top-down styles of leadership that involve barking orders at people are generally ineffective. As my dad once put it to me, “You should treat all of your employees and contractors as if they were volunteers.”

Even if something is an order, you should phrase it in the form of a request. “Could you repair that A/C?” or something like that.

Sure, you will have bad employees, contractors, and other vendors who you might have to get tougher with. Indeed, you may have to let them go. Anyone in business for long enough will eventually have to fire someone. But with any good employee or contractor, acting as if their work is voluntary and trying to persuade them over to your way of thinking is far better than simple orders. After all, employees can quit and contractors can find work elsewhere. So in a way, they are volunteers.

And this goes for more than just orders and requests. It can come down to simple appearances. Greene gives an example of how this was done wrong with Marie-Antoinette:

“In 1784, the queen became embroiled in a scandal. As part of an elaborate swindle, the most expensive diamond necklace in Europe had been purchased under her name, and during the swindlers’ trial her lavish lifestyle became public: People heard about the money she spent on jewels and dresses and masked dances. They gave her the nickname ‘Madame Deficit,’ and from then on she became the focus of the people’s growing resentment. When she appeared in her box at the opera, the audience greeted her with hisses. Even the court turned against her. For a while she had been running up her huge expenditures, the country was headed for ruin” (368-369).

Five years later, the French Revolution broke out and, well… if you’re familiar with history, you’ll know that things didn’t work out particularly well for Marie-Antoinette.

How This Relates to Real Estate Investors

If you’ve had some success in any business, I can tell you that there is no better way to build resentment in your staff or colleagues than by constantly bragging about that success—either implicitly or explicitly. You may be able to afford a Lexus, but if you drive it to work each day, with it, you will probably create at least a little resentment.

That being said, this isn't universally applicable. If you are a real estate agent working with high-end clients on luxury houses, then you may need to fit the stereotype of a "high-flying" agent. In that case, a Lexus will help.

But generally, you don’t want to appear unseemly both in how you dress, as well as how you act (and what you talk about). Sure, you want to look good and professional, but keep it within reason.

Furthermore, if you are lazy or temperamental, that will rub off on others, too. I remember a business class I had back in college. The professor noted a large study that showed the most important thing a leader could do is “model the way.” Namely, if you want your employees to work hard, working hard yourself is the first step.

On the other hand, even for new investors, it’s important to show respect to everyone you work with. This is how you win “their hearts and minds.” If people feel like they are being coerced or pressured into doing something, they will automatically become resentful. They may even stop or back out entirely. And even if they still go ahead and do the work, the work will be done with less enthusiasm and quality than it otherwise would have been.

On the other hand, if you treat people “as if they were volunteers,” you are basically asking them, “Do you want to do this?”

If they go ahead and do it, they must have implicitly answered “yes.” If someone wants to do something, they will do it much better than they would have if they don’t.

In fact, if you can get someone else to take ownership of the idea, that is all the better. People will always put the most energy into ideas they came up with themselves. And while you may not be able to do any sort of Inception-style mind heists, you can at least sometimes get there by genuinely asking for other people’s feedback and brainstorming with them. Sometimes, they will come up with the idea you had originally or perhaps something even better.

Either way, if they came up with it or at least augmented it, they will take more ownership and approach the execution of that idea with more enthusiasm. So make sure to involve other people in your decision-making.

Yes, sometimes you will have to just tell others what is going to be done. But the more of a consensus you can build beforehand, especially if you can get others to take ownership of such ideas, the better it will be executed.

How do you go about working with people in your real estate business?

Allie Schraeder from Pittston, PA
Great article. On the topic of managing people, I like this quote by George S Patton, “Don’t tell people how to do things, tell them what to do and let them surprise you with their results.” It accomplishes two things: encourages underlings to take ownership of tasks, and throws your expectations out the window. If you tell a contractor exactly what you want something to look like, you’ll invariably be disappointed when a color wasn’t what you were imagining or the floor ended up looking weird with the cabinets. Maybe the second bit isn’t a problem for everyone else, but my contractor has a much better eye for design than I do.

Andrew Syrios Residential Real Estate Investor from Kansas City, MO
Great employees or colleagues often provide more value than you expected and new ideas you hadn’t thought of. Mediocre employees will just do what you ask and bad ones won’t even do that. Great employees are what really makes a company take off!

Thomas Breach
What of you’re paying them 30k for a modest condo renovation, it is still volunteer work? I once signed a vague contract and the contractor balked when I asked for more details. I then canceled it within the required three days. Lesson learned for a rookie homeowner, politely ask for a time/materials itemization before you sign. Get several quotes and see who “volunteers” the most organized proposal. Obviously, this article is great advice and I like how the author presented it. I’ll have to learn to follow it, even to be a hobby RE investor.

Joe C. Investor from Naples, Florida
As a contractor and fairly new real estate investor, I concur with a lot of what you've written. However, taking to light an approach in dealing with subs and employees can prove troublesome as well. I find treating people with respect, talking to them as equals and thanking them for a job well done is a proper way to conduct business. But just as important are clear instructions for the task at hand and what is expected as an end result. Too soft an approach and people walk all over you but too rigid and no one wants to work with or for you. You have to find that middle ground.

G. Brian Davis from Baltimore, MD
Great point Andrew about treating all employees as volunteers. Everyone has a choice to work where they like, and they can choose not to work for you. By acknowledging that choice, you can build a relationship with your workers based on mutual trust.

Andrew Syrios Residential Real Estate Investor from Kansas City, MO
Yes, a very good piece of advise my dad gave me a while back. At the same time, of course, you need to be demanding as well and expect results.