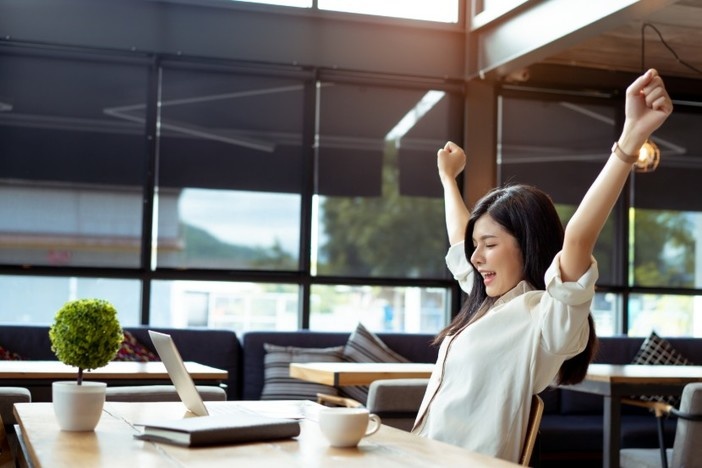 It’s hard to find someone more successful at his career than Mark Wahlberg.

You might know him from tiny little films like Transformers or The Departed or The Italian Job or Boogie Nights. Or maybe you know him from his role as executive producer on shows like Entourage, Boardwalk Empire, or Ballers. Or maybe you’ve eaten at his burger joint Wahlburgers.

But most likely, you still listen to his early band Marky Mark and the Funky Bunch.

It seems like, no matter what Mark puts his mind to, he accomplishes. But how?!

Well, I think his daily schedule has something to do with it. Let’s dive into six unique aspects of Mark’s schedule to see if we can become just a little more successful because of it.

According to Mark, by waking up early, he is able to knock out one of his most important things of the day (which for an actor like Mark is working out) before his family even rouses.

So, I think it’s smart to ask yourself: If you woke up an hour or two earlier in the day, what vital task could you get accomplished?

Mark’s very first activity of the day isn’t work, exercise, or even launching into an action. It’s prayer time. In other words, Mark takes time each morning to be silent and be grateful.

Gratitude has been shown in numerous studies to make people more successful, have a more positive outlook, and even exercise more regularly—which brings us to number three.

As Mark once said to host James Corden in a clip from The Late Late Show With James Corden, “The workout’s going to suck—but you’re going to go attack the rest of the day.”

Mark isn’t making this up. By getting a workout in early (he does it around 4 a.m.!), you may consume fewer calories and burn more fat throughout the day. It’s also said to help you sleep better at night, and it can give you more mental energy while reducing depression and anxiety.

In other words, by working out early, you’re going to attack the rest of the day. Thanks, Mark.

4. Mark commits to the process.

Look, Mark Wahlberg didn’t get his physique by accident. He works for it every day—and you’re not going to find success by accident either.

One thing Mark clearly understands is this simple principle: Results are the culmination of the process needed to get you there.

In other words, whatever you want to achieve in life—from business success to weight loss to becoming a better spouse—is preceded by some kind of process. Mark doesn’t need to stress about getting in shape, because he focuses on the process instead.

So, what process can you begin consistency and persistently following that will lead to the results you want to see?

I know this might sound odd from the onset—do you really need to schedule time with your loved ones?

Well, if they are important to you, why give them “whatever is left”? By being intentional about the time you spend with your family and friends, you’ll ensure that time is actually given. Props to you, Mark, for making that a priority in your life.

Finally, Mark goes to bed early enough to make sure he can start the day the same way tomorrow. Getting enough sleep is vital to anyone’s pursuit of success. Research shows that reduced sleep can lead to higher levels of negative thinking, cause inflammation, and even make you look… uglier.

One study even showed that people who averaged less than seven hours of sleep a night were about three times more likely to develop the common cold.

And one final note on Mark’s schedule: He has one.

In other words, he doesn’t leave it all to chance. He schedules the things that are important to him into his daily schedule.

And you should do the same!

Be intentional about your goals and plan them accordingly. You might even consider using a journal like The Intention Journal from BiggerPockets to do so.

And maybe you, too, can be as successful in your career as Marky Mark is in his!

Know of any cool (or weird) habits of your favorite celebrities?

Tara Wright from Bay Area, CA
Uh…. While I agree that some of these methods are worthy of emulating (schedules especially) he has a history of assault on minorities (violent assaults while screaming racial slurs). He left a man blind in one eye. I know everyone makes mistakes, but surely there are more worthy celebrities you can highlight?

Eric B.
Tara, after reading the article, I believe Brandon wants to highlight the habits that lead to success more than just saying Marky Mark is a perfect person. 1. Get up early 2. Be thankful/prayerful 3. Exercise before doing your day job 4. Understand that changes occur over the course of time with dedicated action 5. Prioritize your time so you don’t miss what is most important to you 6. Go to bed early so you can repeat (step 4) everything the next day. Although that list was inspired by Marky Mark, I would imagine that a fair number of successful people (regardless of how “success” is defined) follow similar principles.

Jay Pei
“Though it was reported that Trinh was blinded in one eye during the attack, the victim said in 2014 that he’d lost the eye in a grenade explosion when he was with the South Vietnamese army in 1975.”

Brian Pinckard Rental Property Investor from Atlantic Beach, NC
Tara, he was a sixteen year old kid who made a very very poor decision. Doesn’t mean he can’t be an inspiration for good now. https://www.latimes.com/entertainment/gossip/la-et-mg-mark-wahlberg-pardon-request-dropped-20160916-snap-story.html

Rick Thomas from Carmichael, California
I would agree. The stuff you’re referring to happened 30 years ago. It would appear to me that Mark has turned over a new leaf and is a much different guy now than back then. Aren’t we all? I would hope so.

Jeremy Absher
Thanks for the article. Some good stuff in here as usual. However, praying is not the same thing as being silent and grateful. Mark himself said, "I start my day, every day, by getting on my hands and my knees and starting a time of prayer and reading, reading Scripture." I realize you may want to neuter the God/religious language to make it more palatable to a secular audience but changing prayer (talking to God and/or hearing from God) to simply a time to be "silent and be grateful" is to spin what he said to what you wish he said. Spending time in silence and being grateful is a wonderful practice as you pointed out but it is a different practice then spending time in prayer and reading scripture. Think of it this way, how would you feel if you were interviewed and you said you spend time every day in silence in gratitude and someone turned around and wrote an article saying that you spent time every day praying to God and reading the Bible? Would that be fair? I'm not writing this comment to be over critical but I do believe it is worth saying and contemplating. Again, thanks for the article.

Jim Wells
Agreed! If you are going to promote the steps one takes to be successful, then do not reword his steps. Marks praying is one of the habits that makes him successful. If that offends anyone, then let them find their own number 2 habit to replace it. There are just as many people on this forum that appreciate pray, as there are that don't. And if you are offended with pray, fine, I won't hold a grudge against you. And I would expect you to be just as tolerant.

David Pfeffer
Thanks for the article! I didn't know that lack of sleep can actually increase inflammation.