This Is the Sweet Spot for Breaking Into Multifamily Investing 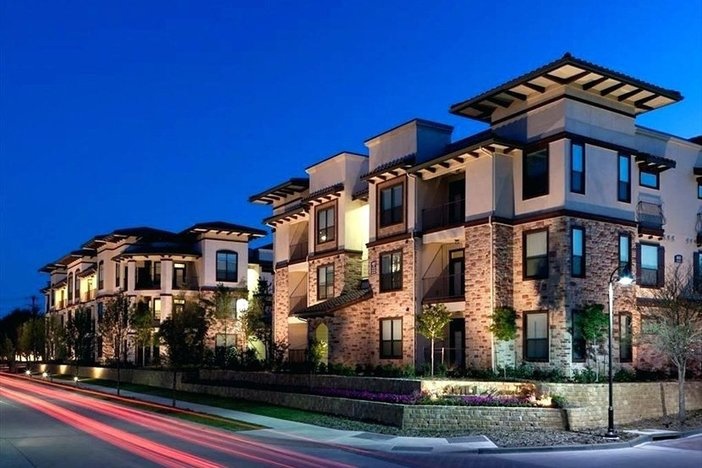 There are a lot of people looking for the same type of deals—the value-add, the larger apartments that are going to make them a bunch of money. That said, I like to think that there’s a sweet spot in real estate, especially if you’re just trying to get into multifamily.

The 5-30 range or 5-40 range is typically smaller than would attract the professionals. I don’t buy 30-unit mobile home parks. I don’t buy 30-unit apartment complexes. It’s too small to generate the acquisition fees and the overhead that I need for my business. And so I don’t look for that. So, you’re not competing on that level against me.

Related: 5 Reasons the Fourplex Is the Perfect House Hack

And eventually when you get good enough, then you can go compete with the people who have big teams, like me. And you can compete with us on the $50 million properties.

I would say they are more difficult than the bigger deals. They require more work than buying a 100-unit. The management isn’t baked into the numbers necessarily. They’re largely mom-and-pop managed (and oftentimes really poorly managed).

But you can find some incredible deals there.

The Idea In Action

I’ll give you a true story. I bought a 24-unit in Cincinnati two years ago. It lasted a year, and I finally gave up and sold it to the agent who brought it to me originally. I sold it for about what I bought it for.

If I really focused on it and put my laser beam on it, I could drive it to make money by really working my manager hard and making sure that they were paying attention to everything and following up continually. But I didn’t have the time for that.

But you know what? I sold it to the agent who ended up bringing it to me, and that agent has almost doubled the value of that property in the past year. He cleaned it up. He raised the rent dramatically. He kicked out a bunch of the riffraff that was there. And he has completely turned that thing around.

Related: 13 Items to Check When Performing Due Diligence on Multifamily Properties

He’s going to make a ton of money—he’s already making a ton of cash flow off of it. Congratulations to him. And I don’t feel bad about that at all. It just illustrates the simple truth: That level of property requires a certain level of management that I was not willing to put in. And because of that, I failed at that investment (or at least broke even).

After I sold it, I ended up using the money and bought a triplex here in Maui. This is awesome, because here I can dedicate my time and I have systems and people in place to manage that property. Plus, it’s way smaller, so it’s easier to manage.

The bottom line is you can still make really good money in that range of 5-40 doors. It requires a different level of work, and so if you can become an expert at it, I think that’s a great way to break into the multifamily space.

Get a bunch of those! Get really good at that in a certain market. Then, you’ll have the knowledge, credibility, money, and experience to be able to take on those larger multifamilies that will be your golden ticket later on.

Have you broken into multifamily or are you still working on it?

Tell us how you got started (or plan to) in the comments.

By Brandon Turner
Brandon Turner is an active real estate investor, entrepreneur, writer, and co-host of the BiggerPockets Podcast. He is a nationally recognized leader in the real estate education space and has taught millions of people how to find, finance, and manage real estate investments. Brandon began buying rental properties and flipping houses at age 21, discovering he didn’t need to work 40 years at a corporate job to have “the good life.” Today, Brandon is the managing member at Open Door Capital. With nearly 300 units across four states under his belt, he continues to invest in real estate while also showing others the power and impact of financial freedom.
Read more
13 Replies

Bryce Collins from Cincinnati, OH
Spot on. Recently shifted my focus from resi multi-fam due to all the retail investors in the space. Still some solid 5-10 unit buildings here in Cincinnati that are reasonably priced that will still flow 10%+ conservatively.

Ikenna Okoye Homeowner from Houston
Thanks for posting! This is the exact plan I will be following. Hunting for these smaller multi-family units is something I'm always on the market for. It's such a bang for your buck especially here in Houston where if you look hard enough, you can find them for the same price as SF properties in decent neighborhoods. Scaling up to value add and larger apartments is definitely a great goal (also my goal) to shoot for.

Austin Jones Real Estate Agent from Houston, TX
Hi Ikenna, I have a few pocket listings in the South part of Houston. Please reach out

Stephen VanMeter Realtor from Vero Beach FL
Agreed! Experience seems to be everything in multifamily. I’ve been making the transition from residential to larger multi family but I have yet to build the right relationships. I’ve been finding smaller multi-family deals and it’s only a matter of time before I find something I will buy in one of my two target markets, Charlotte or Treasure Coast Florida and build some much needed experience.

Harshil Swaminarayan Investor from Champaign- Urbana IL
Love it! Thanks Brandon. Started out with 3 units in Louisville, Planning to implement this plan and scaling up in the Louisville KY Market.

Brandon Fuhrman from Louisville, KY
Where are your units located in Louisville if I may ask?

Greg Shoss Rental Property Investor from Denver, Colorado
Interesting. No, I don’t have the capital or net worth to get into real multi-family just yet. But good to know that the smaller multi-family has some pain points that keep the bigger sharks away leaving some scraps for us smaller investors to chew and grow on :)

Carlos Ptriawan
Also, what's the typical Property Management fee structure when managing a 5-20 unit apartment? Is it different from res. PM fee structure? I find a hard time to find out this information. There's also seems hidden maintenance cost (snow removal, landscaping) that seems to affect the NOI a lot. I look at some NOI calculations from crexi and loopnet and the number doesn't seem so appealing?

Nicholas B. from Las Vegas, NV
Very true, the smaller MF properties are very often poorly managed and are undervalued as far as rents. My entire portfolio consists of these deals, 4-20 unit properties, many off-market deals and I tend to focus on a few specific areas to help with economy of scale. You also aren’t competing with the larger investors and are able to find higher cap rate deals. Most of my purchases turn into an 8%-10% cap rate within a year once fully stabilized, and fully stabilized for me is total rehab inside and out. C Class properties brought up to B Class standards and tenancies.

Nikita Herrod
I'm a week away from closing in my first multi-family property.

Shirley Wen Rental Property Investor from San Francisco Bay Area
Good read, thanks for sharing. I just bought my first out of state duplex, now I need to do major research on a good property management companies since I can't personally be there myself. If anyone has recommendations in the San Antonio area I'd love to hear about it. 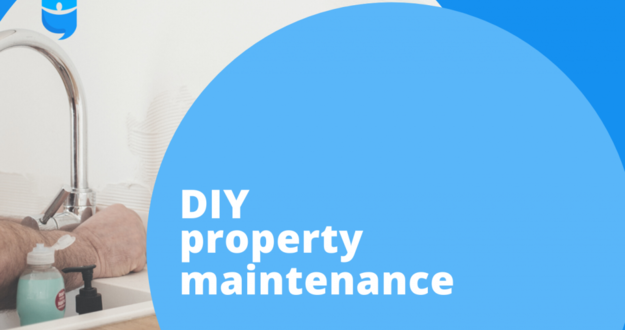 How do you know if you can save money and fix your maintenance problems on your own? Ask yourself these five questions.

END_OF_DOCUMENT_TOKEN_TO_BE_REPLACED 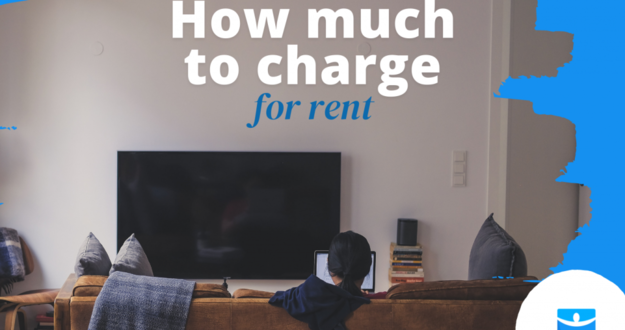 How Much to Charge for Rent in 2021: A Landlord’s Guide

END_OF_DOCUMENT_TOKEN_TO_BE_REPLACED 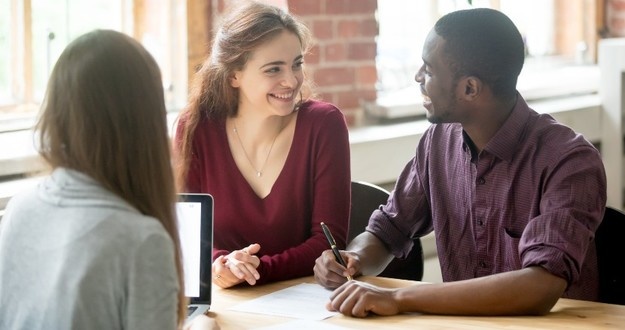 The Ultimate Guide to Lease Renewals

As a rental property manager, optimizing the lease renewal process is incredibly beneficial for both you and your tenants. Learn how here.

END_OF_DOCUMENT_TOKEN_TO_BE_REPLACED 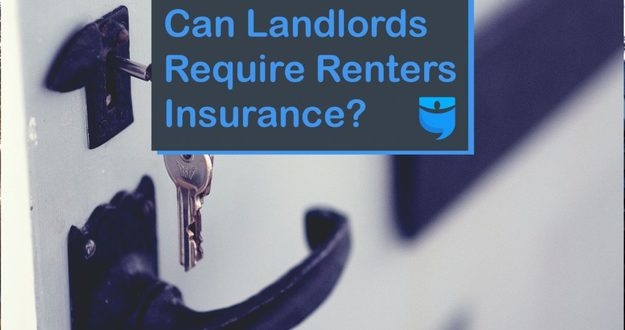 Landlords Should Require Renters Insurance—Here’s Why

Renters insurance can be an added expense for tenants—and yes, landlords can require you carry a policy. Learn more about the benefits of renters insurance.