Obviously, that’s a rather ambitious goal and quite frankly, I had no plan on how I was going to get this done. I just knew that I would.

Sure enough, it is now mid-April 2019, and I am officially free of my student loans! I beat my goal by eight and a half months.

I’m far from the only one who has (or had!) massive student loans. According to StudentLoanHero.com, as of 2019, Americans have $1.56 trillion of student loan debt spread out across 45 million borrowers for an average outstanding balance of $35,000 each.

So how did I get rid of my student loan debt? I’m going to tell you in this article.

And if you find yourself or a loved one drowning in a seemingly insurmountable amount of debt, I hope you can use some of the strategies that I describe here to pay those suckers off.

How to Pay Off Student Loans Quickly

Before we get into tactics on how to pay down your student loans, let’s first talk about the strategy. There are two types of strategies: the brawn method or the brain method.

The brawn method entails paying down your student loans with brute force. In other words, penny pinching and applying any savings to your student loan debt before you start investing. While the brawn requires less thought, it also requires much more work and time.

As Abraham Lincoln once said, “Give me six hours to chop down a tree and I will spend the first four sharpening the axe.”

Take the time to sharpen your axe!

What assets could you invest in that would give you a much greater return than the 4 to 6 percent interest savings of paying off your student loans? There is no one right answer.

Whatever you think it is, start purchasing those assets. Once you’ve accumulated enough assets that provide you with a substantial amount of passive income, you can then start making enormous paydowns on your student loans, allowing you to expedite the process.

In the words that follow, I will explain to you my exact thought process, the tactics I used, and how it all played out. My first and most impactful tactic: house hacking!

Let’s take a ride back into Craig’s brain just 16 months ago. I was in the middle of my first house hack, and I knew that I wanted to pay off my student loans AND purchase two more house hacks in the next two years.

But something did not feel right about me paying off a 6 percent interest loan when I had experienced firsthand the 100 percent-plus returns I could see from house hacking. Doing it again and again would allow me to save exponentially more.

Not only would I be making passive income, but I would also be eliminating my largest expense (rent) while building equity in a Denver market that has been exploding year over year.

Naturally, after the first house hack, it would make sense for me to pay off the student loans with my rent savings, right? Nope.

I would not let my student loans get in the way of house hacking. The returns from house hacking are literally 10 to 20 times better than that of paying down my student loans. Therefore, I continued to make the minimum payments through the first half of 2018 until I closed on my second house hack in June 2018.

Then I had two properties—both of which were making me $1,000 over the mortgage every month while I was also living for free. All of the money made from my properties, I funneled into my savings account to purchase the third house hack.

House hacking is a proven strategy where people consistently achieve returns well into the 100 percent-plus range. It’s pretty much a must-do, especially if you are young, single, and motivated.

The second most important tactic I used was optimizing the amount that I make at my W-2 job. The best-case scenario when working a W-2 is having two components to your salary: a base and commission.

To increase your base, it is as simple as asking your boss for a raise—although going into their office and just asking will likely not yield the result you are looking for. Instead present your boss with a strong case as to why he or she should give you a raise.

There could be another article written on how to ask your boss for a raise. The abridged version is to look at what the average pay is for someone in your role at other companies within your geographic location. My favorite resource for this is Glassdoor, but there are many others out there.

Now that you know how to increase your base, let’s talk about commissions. Commissions are a variable part of your W-2 income that directly correlate with your performance.

The most obvious examples are real estate agents. They get a percentage of every deal they transact. The more deals they close, the higher they get paid. The downside to being an agent is that there is no “base” component.

If you already have a commission part of your pay, great! Work your butt off to increase the amount you make.

If you don’t, this will involve another trip into your boss’ office. Ask him or her if there is anything outside the scope of your current position that you can do to help increase the company’s profits. Then explain to them if you do successfully complete the project, you would like to be compensated in the form of either profit share of the new project or be awarded a one-time spot bonus.

In the first case scenario, they are paying $2 for every $100 they receive. If someone offered me $100 in exchange for $2, I would do that every single time! I am sure your boss will, too.

How I Boosted My Salary

In my workplace, I have done both of these strategies. I increased my base salary by 30 percent over the course of one year and also successfully executed two large projects outside the scope of my job description. This was instrumental in being able to pay off such a large amount of student loans in a short period of time.

If you still think that there is no way your current boss or job will allow you to do this, I would strongly suggest thinking about changing positions. That’s what I did. I left my cushy job in Silicon Valley and took a lower initial base pay. In year one, I made less money than I would have had I stayed with my former company. In year two, after implementing the aforementioned tactics, I made over 50 percent more than I would have at my previous job.

How to Generate Even More Income

Taking on Side Hustles

The third and final way I paid off my student loans so quickly was through side hustles. House hacking is relatively passive once you get it all set up, and increasing your salary and earning commissions increase your dollar per hour during your 40-hour work week.

But this still leaves you with time to earn money outside of your full-time job. By now you’ve probably heard the commonly used term “side hustle.”

In the days of the sharing economy, there are tons of side hustles that you could do. Whether it is Uber-ing people around, walking dogs, or freelancing on your own, you can earn some extra cash one way or the other.

Related: 16 Side Hustles to Help Save Money for Your First Deal

What did I do? My side hustles were primarily Turo and Airbnb. My favorite mode of transportation has, is, and always will be my bicycle. I ride my bicycle to work almost every morning, which leaves my car sitting in the driveway idly most of the time.

However, I still do enjoy having a car for weekend trips into the mountains. Rather than selling it, I thought it would be a good idea to rent it out on a site called Turo. This allowed me to make an additional $400 to $700 per month. I did this for about 13 months.

My second side hustle was what is known as Airbnb arbitrage. My friend had a condo in downtown Denver that he could not get rented out at the price he wanted. As a result, he rented the property to me.

I paid him the exact rent amount he wanted and then turned around and rented it on Airbnb. I would make over $10,000 in the course of the year through this strategy, and my friend had a great tenant who paid the rent on time, all the time. Win-win.

There you have it! Those are the strategies and tactics I used to pay off $85,000 of student loan debt in 16 months. Everything I have done to date is repeatable: house hacking, increasing your W-2 pay, and taking on side hustles is something that almost anyone can do.

It won’t be easy. It will require change, discipline, and responsibility. But if your average small-town, middle-class guy can do it, so can you. No excuses!

Will it be worth it? I’m living proof, here to tell you that it definitely is.

Remember, “Nothing in life worth having is easy to attain.”

Would you repeat my strategies and tactics? Are there any additional methods you’d employ? What have you tried in the past to get rid of debt quickly? Did it work?

Let’s chat in the comments! 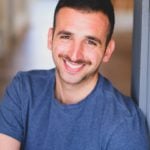 Craig Curelop (aka the FI Guy), is stationed in Denver, Colo., and is a real estate agent, investor, author, and emplo...Read More

Financial Independence: How Much of Your Income Do You Need to Save?
What is the 50/30/20 Rule for Budgeting?
Reduce Your Taxes with Short-Term Rental Properties