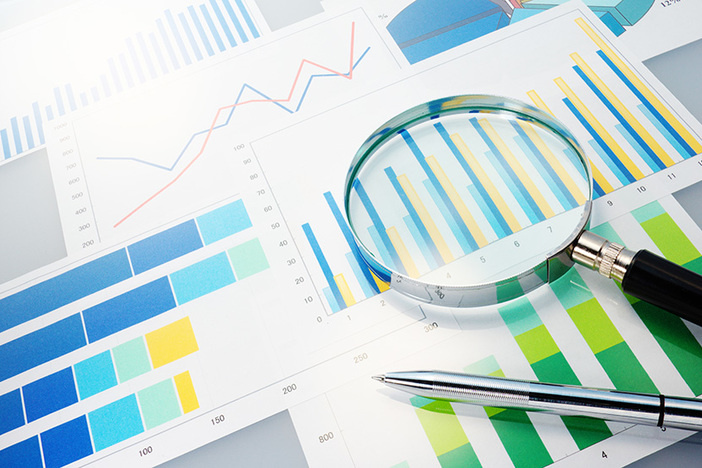 We've also done some massive storage portfolios. Still, multifamily investing is the core of the business. But it's been a while since I've put some serious thought into what really butters the bread.

Observations on the Market

As I survey the current landscape and look back at my notes and research reports from the past several years, several themes start to emerge. It has been a few years running now that some very smart, real estate-focused economists have been predicting that the new supply hitting the apartment market would overwhelm demand. They thought we'd start to see slowing rent growth and an uptick in vacancy.

So, why haven’t we seen this yet?

Starting on the supply side, it’s true that there’s been a wave of new units coming online. That looks to continue in the near future. Certain markets like Boston, Charlotte, and Jacksonville have pipelines representing a pretty hefty fraction of the overall inventory. But there are a few factors limiting the impact of this new supply.

Builders are experiencing high land costs and exploding construction costs, both on materials and labor inputs. This means that they have to build to a very high spec and attract high-income renters. They’ve also got to deal with land use restrictions and municipalities that can gum up the works.

On the single family construction front, we are still running far below historical levels. Homes that are being built are again at very high price points and in expensive locations. You’ve got almost nothing being built that is targeting renters or buyers with incomes below a fairly high threshold. Existing homes aren’t hitting the market either, because the current owners don’t have the means to move into bigger and better locations.

This leads us to the demand side of the equation. I’m not a believer in the theory that there’s been a long-term paradigm shift in people’s living preferences. People want to own homes; they just can’t.

I believe there is a significant amount of pent-up demand for home ownership that isn’t being expressed due to lack of product at the appropriate price point. This is why we continue to see absorption of new multifamily units rising to meet or exceed the growing supply.

So, what we have is continued rental demand from people who’d prefer to buy. If (and that is a big IF) they get the opportunity, that rental demand will evaporate in favor of for-sale housing.

Current State of the Economy

On the macroeconomic front, job growth is slowing and manufacturing and auto sales are weakening. In addition, there are potential headwinds to economic growth from a geopolitical perspective, including a reduction in immigration and worsening trade wars.

As building high-end apartments becomes less and less economical and it gets harder to justify sky high rents, developers may shift to the neglected for-sale development sector. We should keep a close eye on single family housing starts and condo developments as the natural threats to capture the pent-up demand. I don't see class B apartment development as a real threat, as these deals won't pencil out for the developer given the costs.

Looking forward at how to continue succeeding in the multifamily space, the word that comes to mind is “surgical.” Over the next 10 or even 20 years, which markets, sub-markets, and asset types are poised to hold up best? I truly believe winners and losers will be selected on a deal-by-deal basis. Who can do all of the small things right?

One long-term trend that I don’t see reversing is the domestic migration patterns we are seeing. People are generally moving away from the West Coast, Northeast, and Chicago in favor of markets in the Southeast and Southwest.

If you've got a home in San Jose that you bought for $400K and is now worth $800K, you could sell, take your $400K in equity, and buy a huge and beautiful home in Las Vegas or Phoenix, free and clear. And you'd probably have a nice little chunk of change left in the bank. Your cost of living would be reduced drastically, while your income and property tax burden is slashed. It's a no-brainer.

Chicago is mired in debt from which there is no escape; taxes are going up and they’ll continue to get worse. Anecdotally, a large percentage of the young and fairly successful people I know here in the Chicago area are at least considering the idea of leaving for greener pastures. Maybe Nashville will finally start to get some good pizza!

We need to be in cities where this long-term trend is in place. Places like Charlotte, Austin, Dallas, Las Vegas, Phoenix, Atlanta, Orlando, Tampa, and Nashville should continue to benefit disproportionately.

Related: Why Demand for Rentals Will Likely Rise in 2019

My first instinct would be to think that we want to be in the assets where the disappearance of high-income renter demand won’t be felt—workforce housing, class B/C value-add, etc.

However, cap rates for B and C product have compressed drastically. The spread between class A and B cap rates has historically been much wider than it is today. We see a lot of value-add deals that are trading below a 5 percent cap on T12. In other words, buyers are putting most of the value creation into the purchase price.

On a risk-adjusted basis, buying a class A deal at a 5 percent cap may be better than a class B deal on a pro forma cap rate of 5.25 percent or 5.5 percent. There is a lot of execution risk in achieving that cap rate, and you've given a big chunk of the value to the seller up front.

But we certainly can’t buy class A at these exorbitant rents! So, we have to be surgical. We need to find ways to add more value than the other guy. Try to find specific assets in specific locations where you feel like you can create an edge. There will still be good deals available in class B and C value-add assets.

One intriguing idea is to buy what we call “A deals.” These are deals that are only four or five years old, but all of the new development has quickly surpassed them in terms of amenities, finishes, and price point. These deals could benefit from some updates but still rent well below the new product. They look like a great value option for renters who don’t want to pay up but also want a better product than class B.

What are you seeing in the multifamily market?

Terry Lowe
I agree with the concept of new construction being so expensive that only those with lots of income can live there. I have B and C properties in up n coming neighborhoods. I can upgrade my units to attract at least B tenants, and as the neighborhood improves, my upgrades also improve. Right now, I am removing most carpet in exchange for vinyl plank flooring, new paint, new light fixtures, new appliances etc. This allows me a higher rent base. Maybe in a few years, I will update kitchens and bathrooms. There is flexibility and I can keep up with the emerging neighborhoods, as well as styles and trends.

Terry Briggs
What are the incentives to buy in an opportunity zone?

Richard Jacobs
Great article! You've included Nashville in your prediction, what are your thoughts on Knoxville?

Phil McAlister Specialist from Chicago, IL
Terry - Incentives to buy in an opportunity zone largely revolve around capital gains tax treatment. Any capital gains, not just real estate, can be invested in an opp zone. You can defer taxes on these gains until 2026, at which time you will pay a lower than normal tax rate on the gain. The gain on the opp zone investment itself can be 100% capital gain tax free, if you follow certain rules. There is also some community/value-based incentives in terms of putting money to work improving low income area. Richard - Knoxville is an interesting market. I view it more as a steady-eddy, meat and potatoes kind of market. Favorable cost of living, a high quality university, and some interesting developments should provide some longer term tailwinds. The main problem I've seen with Knoxville deals is, due to the hot market, they're being valued like they're basically Nashville deals, so it's hard to make sense of them on a relative basis. I'm not an expert in that market and I'm sure there are opportunities for astute investors. For me, I'd want to see a little better spread in cap rates there.

Matt Adelman Rental Property Investor
Great post. Will dig into markets mentioned here to get my first one!

Barbara Nannini
Any thoughts on areas in and around Albuquerque and Rio Rancho, New Mexico?

David Wright
Phil, great article and I agree. You touched upon it and one of the ongoing problems we face is affordable housing or the lack thereof. It is particularly a problem for Middle Tennessee and with these median prices listed below, not much opportunity to create affordable housing without huge incentives to builders. The cities and counties here are all faced with financial shortages, rising property taxes, and outrageous building permit fees, connection fees etc. Davidson County (Nashville) YTD median price of homes sold $299,000, 11 DOM (Days on Market) Rutherford Co. YTD median price homes sold $264,990 with 10 DOM Williamson Co. YTD median price homes sold $512,500 with 13 DOM

Phil McAlister Specialist from Chicago, IL
Barbara - I haven't spent any time digging in to Albuquerque, sorry! For new markets I always start with historical employment growth, and how it stacks up against other metros, will an eye toward which industries are growing. If that longer term thesis is in play, start looking at how much new construction is occurring and where. Are there any long term fundamental factors that will pull in a disproportionate number of people? David - Thanks! I wish more people in municipal government understood basic economics. How do we alleviate a housing shortage caused by increasing demand? Allow supply to increase and meet the demand!

Ben Leybovich Rental Property Investor from Chandler/Lima, Arizona/OH
Phil, your analysis is spot on. Surgical is the operative word. But, as we know, the money has always been in the Delta. As such, it's all about value add in Class B, which makes the purchase cap rate an incidental metric. The cap rate spread is what's crucial. I very much enjoyed not only your data points and logic but also your writing. Welcome to the BP blog.