Real Estate News Roundup: Most Expensive U.S. Markets Have Appreciated 2x as Fast as Least Expensive in Past 30 Years 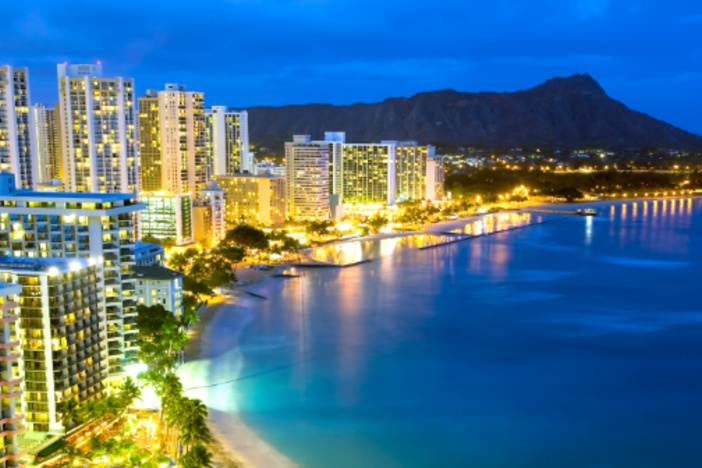 What’s going on in the big wide world of real estate? Let’s jump right in!

Compass, which is based in New York, plans to increase transparency in real estate transactions and to make them more convenient via online services. It currently has 24 offices within the U.S. and plans to open more.

The company aims to use its new funds to ramp up its technology for analyzing real estate markets. It has passed $100 million in revenue so far this year and plans to triple its 2015 revenue by 2016’s end. Compass makes money by taking a percentage of proceeds when people buy, sell, and rent properties on the site. It sees about $7 billion in transactions run through the site annually.

Most Expensive Markets in U.S. Have Appreciated Twice as Fast as Least Expensive in Past 30 Years

Inequality amongst real estate markets is only widening, according to a recent report by Trulia, as reported by CNN Money. Per the study, the country’s most expensive markets have appreciated much more dramatically and much more quickly — at an average of two times as fast — than the least expensive areas in the past 30 years.

The report cites the following stats:

The main factors that drove the discrepancy are thought to be income growth and housing supply.

Said Ralph McLaughlin, Trulia’s chief economist about the gap, “If there are going to be changes to inequality, we are talking generations rather than decades.”

Per the study, “There have only been four changes to the list of the 20 most expensive during the past 30 years: Portland, Oregon; Seattle, Denver and Washington, D.C. They replaced Dallas; Hartford, Connecticut; Worcester, Massachusetts and Riverside, California.”

The 10 markets that have enjoyed the largest returns on home values in the past 30 years include:

Chinese Investment in U.S. Real Estate Continues to Ramp Up

The past three years have seen an uptick in Chinese investors pouring money into high profile U.S. real estate ventures. Seeking to diversify outside of their country, these investors are continuing to fund commercial property at an unprecedented rate.

Related: Why It’s About to Become a LOT Easier to Invest From Afar in the Next 5-10 Years

Chinese investment increased 19% year over year in the first half of 2016 to $5 billion, and they have committed $12.9 billion including under contract deals this year — which nearly matches the total of $14 billion invested in all of 2015. For reference, back in 2014, Chinese investors poured in just $3.4 billion.

“The vast majority are looking for development opportunities,” said Stephen Collins, who oversees a global capital markets group at real-estate investment-services company JLL. Many of these opportunities include high-profile, often flashy developments in U.S. hotspots like New York City, San Francisco, and Los Angeles. They believe they can make more money building new rather than putting funds into existing buildings.

What will the rest of the year bring? Experts don’t see this trend slowing down any time soon — more likely, foreign investment is predicted to ramp up in 2017.

What do you think about the above stories? Any real estate news you’d like to discuss that’s not listed here?

Patsy Waldron Rental Property Investor from Orlando, FL
RE: Greater appreciation in the largest/ most dynamic cities vs. other areas- I read an article recently that argued that the U.S. has been moving, and will continue to move, towards a model of “megacities” surrounded by essentially empty hinterlands. We know small towns have been emptying out since the second half of the 20th century; it is likely that the same thing will also happen to smaller cities this century. Think about it- the large cities have the financial and human capital to support innovation- they are the most economically viable areas of the present and future. That’s where job creation happens and supporting (service) sectors thrive. These also happen to be where there is a strong emphasis on living wages, which translates to a strong consumer economy. If I could afford to, I would definitely invest in So. California, Seattle, and similar hubs.

Alexander Fick
It seems the ageing population seeking a better climate is also plays a factor here if I look at these cities which also supports the idea that this disparity will continue for a while.

Chris Field Investor from Milford, Connecticut
The Chinese are trying to get their money out of China. I’m seeing it they are buying everything they can in my area with cash. I think the policy of the communist party lately is driving it. Those with money are scared of losing it.

John Barnette Investor from San Francisco, California
@patsy A great book with very interesting reading by Richard Florida is an entire book about these changes happening around the world. Who’s Your City. Really a “should read” for folks interested in population demographics, trends, values…and ultimately investing.

Andrew Syrios Residential Real Estate Investor from Kansas City, MO
That doesn’t surprise me. Them coasts are getting ridiculous!

Timothy
Portland, really? Would never have guessed that when I lived there a few years back.

Mike Bargetto Rental Property Investor from Santa Cruz, CA
It should make you want to look long and hard at your next market. Many have been taught to not bank on appreciation but the gains from it alone should be taken into account, searched for and chosen over markets that have a less likeliness to earn those big gains. Here’s to coastal cities!

Peter Mckernan Residential Real Estate Agent from Newport Beach, California
Great article, especially the content about the foreign investors that have put in a significant amount capital between the end of 2014 and 2016. I am curious to see what 2017 looks like for the overall foreign investor investing in the U.S.