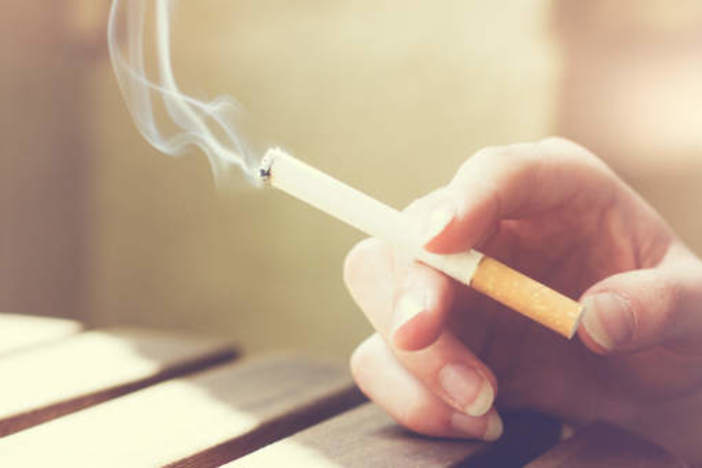 A short time back, I wrote an article about why systems are superior to goals. This is a concept that I shamelessly plagiarized from Scott Adams, who describes why systems are so superior in his book How to Fail at Almost Everything and Still Win Big: Kind of the Story of My Life

“If you achieve your goal, you celebrate and feel terrific, but only until you realize you just lost the thing that gave you purpose and direction. Your options are to feel empty and useless, perhaps enjoying the spoils of success until they bore you, or set new goals and re-enter the cycle of permanent presuccess failure” (Adams 32).

In that article, I go on to describe why this method is superior in terms of results. Here I would like to discuss why systems are superior to goals in terms of your own mental well-being.

The part that really jumped out at me from Scott Adams is the term “presuccess failure.” If you are always setting goals, then once you achieve those goals, you simply set new goals. Therefore, you have never actually reached a point where you can say “good job” to yourself. You are in a state of permanent “presuccess” failure.

Perhaps this is one reason so many high achievers are also quite stressed. But when you align your life with high-achieving systems, you don’t have to worry so much about hitting your next goal—and then setting a new one and going back to the point of “presuccess failure.” Or what if you miss your goal? Well, then you can feel just rotten about yourself because you are a miserable failure! What a wonderful way to live!

A few years back, I was a smoker—that is, until I read a brilliant book by Allen Carr titled The Easy Way To Stop Smoking

. What Carr does is flip the normal “how to stop smoking” routine around. Instead of blathering on about how bad smoking is for you, he goes over every perceived advantage that tobacco has and obliterates it.

For example, I would say to myself something like, “Smoking is a good cure for boredom.” Well, that’s dumb because it’s actually rather challenging to think of anything at all that is more boring that smoking a cigarette.

“It relaxes me.” Nope, nicotine is a chemical stimulant.

“I like the taste.” OK, stop. You’re embarrassing yourself.

But, of course, there are the terrible withdrawal pangs, right? Well, sort of. As Carr notes:

“Most smokers go all night without a cigarette. The withdrawal ‘pangs’ do not even wake them up. Many smokers will leave the bedroom before they light that first cigarette; many will have breakfast first. Increasingly people don’t smoke in their homes and won’t have that first cigarette until they are in the car on the way to work… These smokers have eight or maybe ten hours without a cigarette—going through withdrawal all the while, but it doesn’t seem to bother them” (Carr 34).

Yes, the withdrawal pangs exist, but they are mostly caused by the feeling of being deprived. That mental state is what really causes people who are quitting to jones for a cigarette.

So, How Does This Relate to Real Estate and Business?

Well, the point is that one of the reasons that quitting smoking is so hard (just like many other life changes) is because we are desiring an illusory goal. Carr describes a conversation he had with someone after he had quit smoking for three weeks using the “willpower method”:

“He said, ‘What do you mean, you’ve survived three weeks?’

“I said, ‘I’ve gone three weeks without a cigarette.’

“He said, ‘What are you going to do? Survive the rest of your life? What are you waiting for? You’ve done it. You’re a non-smoker.’

“I thought. ‘He’s absolutely right. What am I waiting for?’ Unfortunately, because I didn’t fully understand the nature of the trap at that time, I was soon back in it, but the point was noted. You become a non-smoker when you extinguish your last cigarette. The important thing is to be a happy non-smoker from the start.”

And that’s sort of the beauty of Carr’s method—as well as the concept of systematizing your life in general. As Carr points out, smokers who try to quit using the “willpower method” are “never quite sure whether they’ve kicked it.” Indeed, how do you know when you’ve reached a goal of not doing something?

Or if your goal is to lose 20 pounds, what happens when you hit it? Now you have to maintain it. Is that a new goal? A new presuccess failure perhaps?

At What Point in Your Business Have You Become Successful?

Many of these goals might make for good targets, but they are generally rather arbitrary. You want to have more success and become healthier and have more fun and the like. But only using goals is a way to obsess about a future that, almost by definition, can never come—because as soon as you hit that goal and that future becomes a reality, you have to create a new one. The future you aim for becomes like the fruit in the ancient Greek myth that pulled away from Tantalus every time he reached for it.

So, the key is to learn to love that path. Enjoy the process of improving your life, be it quitting smoking, eating healthier, working out, saving money, reading about business, networking, buying your first deals, expanding your business, improving your relationships, traveling, or whatever.

Since you will never arrive at some vague destination of “success,” you might as well learn to enjoy the path toward it.

How do you measure success and goals reached in your real estate business? Are you enjoying the journey?

Ruth Lyons Realtor from Highland, MD
Thanks for this article. Very interesting perspective that I hadn’t heard before.

Ramondo Sai from Fremont, California
Thanks Andrew. Best article I’ve read today. L Reminds me of advice a married friend gave me years ago to “enjoy the process” when my then fiancée and I were frantically scrambling around planning our wedding.

Natasha Keck Investor from Mountain View, California
Fantastic! This is not a new message, but you’ve delivered it quite cleverly and I got that “a ha” moment where the info really hit home. Thanks!

Andrew Syrios Residential Real Estate Investor from Kansas City, Missouri
By the way, has anyone else used Allen Carr’s book to quit smoking?

Ryan Swift Rental Property Investor from Irving, TX
I never heard of it until I read your article. I followed the link, bought the book, read it and have been smoke free for over 4 months now. Maybe not how you intended the article to help people but I thank you for sharing this great method! 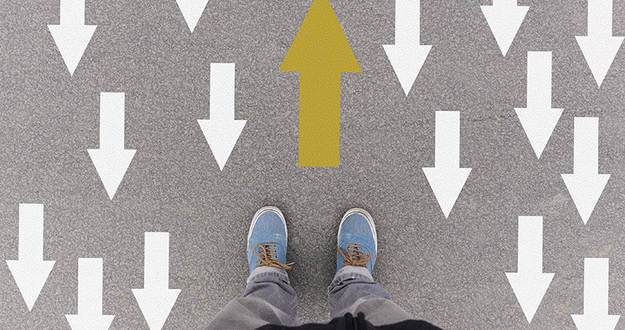 Turn decision making into a routine, systematized, or delegated process whenever possible to maximize your success. Here are several specific ways to do just that from the “father of modern management” aka Peter Drucker.

END_OF_DOCUMENT_TOKEN_TO_BE_REPLACED 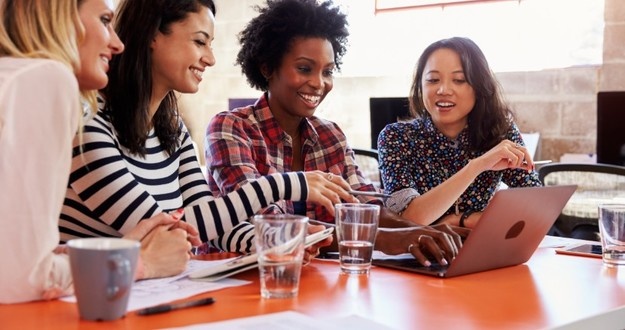 The Key to Reaching Your Personal & Professional Goals: Networking

Think about your own life—your own business, dreams, and goals. Are you putting yourself in places where you can connect with likeminded people? Are you growing your network?

END_OF_DOCUMENT_TOKEN_TO_BE_REPLACED 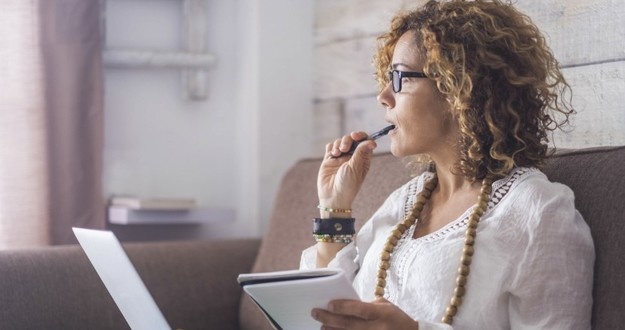 How to Gift Properties to Your Family (Not the IRS)

Unfortunately, we often see investors who focus so much on creating wealth that they neglect to learn the most tax efficient ways to pass that wealth on to future generations. Now is the time to start planning so that you leave your wealth to your beneficiaries, not to Uncle Sam.

END_OF_DOCUMENT_TOKEN_TO_BE_REPLACED 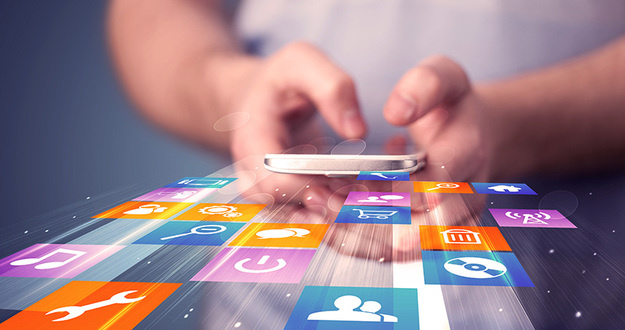 Believe this: content is king. And when you are posting free content all over the internet, you are providing value to those who are interested in your specific topic. This is huge in terms of building credibility, growing your network, and so much more.