6 Sports Stars Who Are Crushing It in Business & Real Estate 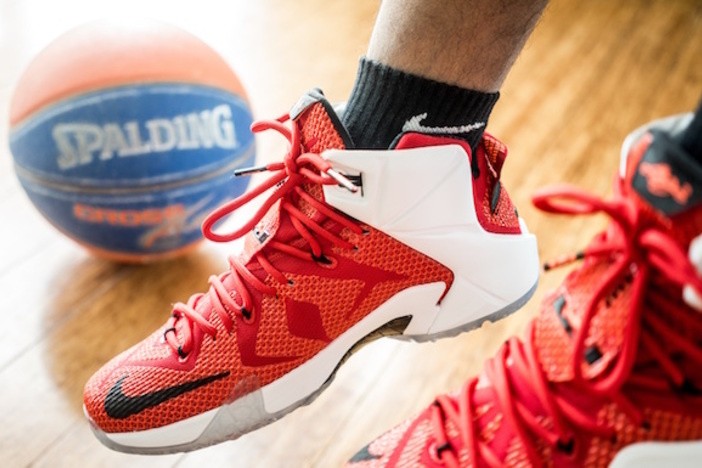 It’s common perception that cash-rich athletes go broke shortly after their careers are over — and it’s not necessarily an unfair one, either.

According to a 2009 Sports Illustrated article, within two years of retiring, 78 percent of NFL players go broke, bankrupt, or both. And these are guys who were making an average of $1.9 million a year.

But there’s a select list of athletes who actually have gone out and created real opportunities — not just endorsements and figurehead roles — to set up life after sports.

Here are 6 sports stars making big plays in the boardroom.

6 Sports Stars Who Are Crushing It in Business & Real Estate

I believe in innovation that will help athletes train and perform at their best. Finally we have a product that is THE UPGRADE athletes have been silently demanding for years! @drinkbodyarmor #entrepreneur #TasteRevolution #UpgradeYourSportsDrink

One of the fiercest competitors on the basketball court, former Los Angeles Lakers star Kobe Bryant announced a $100 million venture capital fund last year to invest in media, tech, and data — and he wants his business career to dwarf his on-court accomplishments.

“I got tired of telling people I loved business as much as I did basketball, because people would look at me like I had three heads,” Bryant said. “But I do.”

And in true Kobe fashion, the “Black Mamba” already scored 13 deals before going public with the venture. (He says there’s nothing to talk about until they make returns on deals.)

And get this: As a secret partner for ad firm Zambezi, Bryant was creating ads for Vitamin Water during the NBA Finals while playing in said Finals. “I wrote that s—,” Bryant said last week.

The NFL Hall of Famer set a series of records during his 1993–2006 run with the Kansas City Chiefs, including a 12 consecutive Pro Bowl — tops for most played Pro Bowl in NFL history.

Since retiring in ’06, the 2003 NFL Man of the Year Award winner has launched his own franchise, 68’s Inside Sports, a fitness and training center in Kansas City. Shields bought it a year after retiring and renamed it with his jersey number. The center setup mirrors the Chief’s facility at the Arrowhead in downtown Kansas City.

And unlike most athletes, he’s actually managed to keep his money — which is rare in today’s day and age.

The Danish soccer ace made waves in Europe, becoming the first Dane to captain a squad in the French Ligue 1. A natural negotiator, Braithwaite secured his own deal directly with the team owner, earning him the richest contract in Toulouse Football Club’s history.

As a real estate investor, Braithwaite cut his first deal last year, picking up an old castle for $2 million, which he then converted to a mixed-use office-residential space.

He’s since stepped into the U.S. real estate space (yes, I’m biased) and is currently doing a 16-unit mixed-use development in Philadelphia.

Like Bryant, Braithwaite has an obsessive temperament that lends itself well to business.
“I want to win in anything I do, but I want my business career to define me far more than my sports career,” he says. “A sports career is short-lived and is uncertain. Business, real estate, legacy, passing it down to your children, that goes on for generations long after I’m gone.”

Don't forget to tune into #AFootballLife 🏈on @nflnetwork tonight at 9 PM ET.

Back in 2016, I edited an interview with Emmitt Smith, thinking he was the standard superstar athlete who was simply lending his face to a brand. But in reality, the NFL Hall of Famer is out in the trenches cutting deals.

"I bought about four Walgreens at about a 7.5 percent to 8 percent cap rate, and I sold them at a 6.8 percent cap right before the market turned," Smith said in 2016 of his first deal. "It wasn't a huge spread, but at the end of the day there was enough to where I made a little bit of money and saw how the process worked."

He's since built and sold more than a thousand multifamily units in one market alone. Not too shabby for a guy in a field where most of his peers go broke within a few years.

“I’m more than just a former athlete or a Dancing With The Stars guy,” he said in that interview. “The sky is not the limit for any athlete or any person, so why would I put any limits on myself?”

Related: How to Retire in 3 Years Through Real Estate Investing

A big thanks to @wbcmoro @wbcboxing for having me host the 55th annual WBC convention in the great country of #Azerbaijan. Appreciate all of the hospitality.

Outside that mishap, “Magic Man” Malignaggi has managed to amass quite the business portfolio for himself.

“I’m not complaining. I’ve made a very good living from boxing, better than any living I possibly could have done,” he said. “Having said that, you don’t live the rest of your life off the money you make in boxing. You still have to create positive forms of income.

“Money can make money if you’re intelligent about it and don’t waste it the wrong way.”

Since that story broke, Malignaggi tells us he’s made out well from the restaurant business, including a pizzeria in New Jersey and a restaurant in Manhattan’s Lower East Side where he made a nice score. “I also play the stock market,” he says. “I try to disperse my investments so that I’m not placing all my risk into one spot so to speak.”

Even though he’s been retired for close to a year, he’s shrewdly positioned himself for a $10+ million payday to face McGregor in a boxing ring in March, including a possible return match in the UFC.

Not bad for a retired guy.

Arguably the best quarterback of all time, Joe Montana’s NFL credentials speak for themselves: Four Super Bowl trophies with the San Francisco 49ers.

Montana was the first player to win three Super Bowl MVPs. Toward the tail end of his career he somehow almost led the Kansas City Chiefs (along with fellow Hall of Famer, Shields) to the Super Bowl in 1993.

Today, Montana heads his own development, the Montana Property Group, which has invested in big projects in the San Francisco area.

Which sports stars do you admire for their business savvy? Let me know in the comments below!

Robert Wilson Real Estate Agent from Tampa, Florida
Vincent Jackson is doing buy and flip deals in the Tampa market… good guy, smart guy. Joe Montana…. may have been the GOAT… but you know Tom Brady is now.

Mark S. Investor from Pelham, New Hampshire
I second your comment about Brady going the GOAT. Brady could also be considered a business guru, with his TB12 brand. He also has some real estate history, having flipped his Brentwood, CA property after purchasing it for $11.7 million and selling a few years later for $40 million.

Mark S. Investor from Pelham, New Hampshire
I second your comment about Brady going the GOAT. Brady could also be considered a business guru, with his TB12 brand. He also has some real estate history, having flipped his Brentwood, CA property after purchasing it for $11.7 million and selling a few years later for $40 million.

Bradly
Roger Staughbach has had a hugely successful real estate career after football as well.

Ron Hall Investor from Joplin, Missouri
Dude, this is a real estate site and you forgot Cowboys great Roger Staubach. That cat’s net worth is probably close to a billion.

Cassandra Davis Lender from Lake Elsinore, CA
I love this. My son was a highly recruited D-1 college recruit who was presumably headed to the NFL a few years back. But a shoulder injury and a Coach/Administration upheaval changed that trajectory seemingly overnight. He stayed the course and graduated from Fresno State w/a Degree in Business w/an emphasis on Entrepreneurship. Even after graduation, he toyed w/the idea of pursuing football, and was actually being courted by two agents. Thankfully, his heart wasn’t in it. He’s now pursuing his Real Estate License, while working toward his PHd in Speech Pathology. I’m sending him this article…

Karl B. Rental Property Investor from Columbia, MO
Steelers great John Stallworth has to be mentioned. He founded a defense company – Madison Research – which he sold for $69,000,000 back in 2006.