The Stack: The Perfect Blueprint for Scaling Quickly in Real Estate 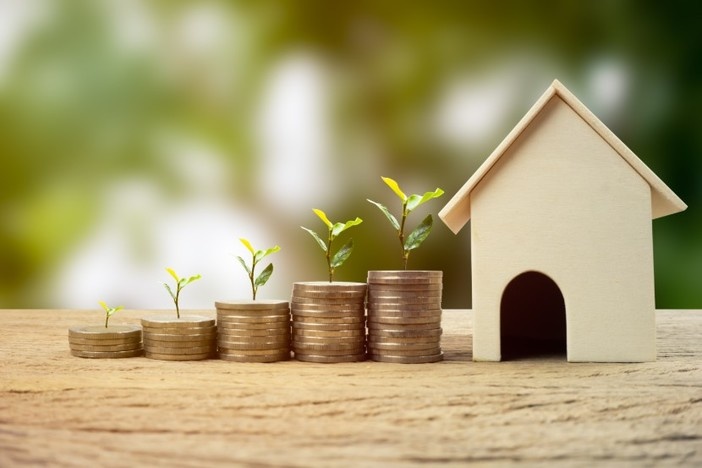 There was a study done that Harvard Business Review put out a few years ago. Basically the best way to continue moving forward on something is to facilitate small wins.

So those small multifamily properties are fairly easy to take down. Like if you’re out hunting, they’re like the rabbits that are everywhere. And you can do them. They don’t make a ton of money, you’re not going to get rich off the rabbits or, you know, get fat off the rabbits. But they’re good to get that momentum going.

Same thing when Josh was doing BiggerPockets or when I was doing my first stuff; it’s good to get those little deals, like that 25-unit you guys bought. That was good momentum. That didn’t make you rich, that one deal, but that one deal made you rich. In other words, if you wouldn’t have done that first deal, you would’ve never gotten to where you are today, but you have to start there.

And this is something I teach at BiggerPockets a lot. This is the aha moment that when I look back on my life, realized what I had done, and I put it into a framework that I can understand.

And people are like, “well, 50? I can’t even buy one property. That’s so hard. How would I buy 50?” So I explain this concept called the stack.

What is the stack?

And the stack is like this. Level one, if all you did this year was bought a duplex, nothing else. You got a duplex and then you sat around for a year and just learned how to do it. Now I’m not saying you have to start there. But here’s the logic, right?

Next year, a whole year later, you buy a fourplex. You’ve already bought a duplex. You did the hard part. You started the train moving. The momentum is going. You buy the fourplex, you figure out how that works.

After five years, you’re at over 100 units now and you scaled conservatively. You didn’t go crazy, didn’t start like, “I don’t even know what real estate is. Let’s go buy a 200-unit,” because that would be tough for most people. Unless you partnered well, which is the one way you can jump levels of the stack, by partnering with somebody who’s already gone through the stack.

Related: How to Calculate the Value of Multifamily Real Estate

But you scaled quickly but conservatively. And those two things seem diametrically opposed. But they’re not. You can scale quickly and conservatively because you just do it outside what I call outside your zone of comfort, but within your zone of ability.

But you also don’t want to live in your comfort zone forever, because that’s where you get stuck doing single-family deals all day long or duplex, triplex, and you never build up enough passive income to quit your job. So it’s that zone of where you’re outside your comfort zone, but within your ability zone.

When I look back on my life. I realize that’s what I did. That’s what the stack was.

What are your small wins?

Andrew Hogan Specialist from Indianapolis, IN
"Think big start small." "Keep you eyes on the sky and feet on the ground" Thanks for the post Brandon.

Brandyn Richardson Investor from Tacoma, WA
Do you have a link to your book by chance?

Cameron Tope Property Manager from Katy, TX
Agreed - get momentum early (via small wins) to carry you through to your larger goals. Thanks for the post Brandon! PS Beard is looking legit!

Lauren Moore
Just curious about this point ... what if you have plenty of experience with single family but no experience with multi family. HOWEVER you are 50 yrs old have built considerable wealth and don’t need to “start small”. The little real estate deals just don’t seem lucrative enough compared to where else you could invest your wealth but you love real estate!

Jorge Duarte Realtor from San Luis, AZ
This very much sounds like compounding not only your investments but your experience as well! I completely love it! @Lauren Moore since you already have plenty of experience on Single family homes, you can basically skip that stack now and invest on your outer circle, which if I'm not mistaken is the outer circle, the one that is out of your comfort zone. Another Great Article, Gracias.

Chris Burdick
It seems like this is not a hold strategy but rather your stack method is trading up, essentially 1031 exchanging into the next property? Otherwise, how could you afford each jump up unless you make a huge income from a job?