“I can’t make the numbers work!”

“My housing market is too expensive!”

If you’ve ever found yourself saying one of these statements to yourself—or your significant other who’s been telling you to “put your money where your mouth is,” or, “stop talking about it and just do it”—you should take a look at some of the high-level strategies I use to solve this common issue for many new investors.

I live in California, where there’s a housing shortage, and single-family homes are going for $500,000+. Many properties in the San Francisco Bay Area are above $1 million! But there’s a model that you can use that will give you high cash-flowing rentals even in an expensive market if you do it right.

I’m talking about the rent-by-room student housing market. By investing in local college towns, you can (in most cases) double the usual rental income on a property. For example, one of my properties makes $3,110 per month in rental income, but per Rentometer, the house should only rent out for an average of $1,530 per month.

Before you get started, there are a few key items you should focus on to create your own student housing system.

I’ve already covered finding the right property and right location in my previous article. Read on for the other two keys!

More on student housing from BiggerPockets

Figure out where your target tenant hangs out. For college students, you can use campus bulletin boards, Craigslist, or Facebook groups.

You want to create an ad that highlights the benefits of staying in one of your bedrooms—from a student’s perspective. Close proximity to campus, fully furnished rooms, a secure neighborhood, and plenty of parking are things that students value highly. So I try to provide all of these benefits at my rentals.

For example, something as simple as installing a garage spotlight or camera will give the students and their parents peace of mind when deciding to stay at your house.

As far as touring the house, you can have your previous year’s tenants do the showings for the new incoming tenants. Sometimes students are okay with just getting a video walkthrough or photos of the house before signing a lease. About half of the students who sign a lease with me don’t need an in-person tour once I explain that tours are limited, but we have plenty of pictures and video walkthroughs.

I do an individual lease for each tenant. However, I recommend you check with your City Planning Division first to see if rent-by-the-room is legal in your city. In my city, rent-by-the-room is allowed as long as you register a business license with the city and pay the city tax on that license.

Generally, the lease will be very similar to a whole house lease, except that you’re charging only for a bedroom, and utility bills are split evenly among all tenants. If a tenant leaves a little early, the landlord may need to cover that tenant’s part of the utility bill for that month. Luckily this can be deducted from your taxes because it would be considered a business expense.

I structure all my leases as one-year leases starting in mid-August of the current year (when school starts) to mid-August of the following year. The students are allowed to sublease during the summer school months and whenever they aren’t living there. Before subletting, the other tenants must approve of the chosen subletter.

There are a few key differences between a normal lease and a rent-by-the-room lease that I’m upfront about.

Ready to build your investment empire?

Think of us as your personal trainer. From detailed breakdowns of real-world deals, to one-on-one coaching sessions and a warm, welcoming community, hosts Ashley Kehr and Tony J Robinson bring on a wide range of guests to tackle the “newbie” questions you’ve wondered about but might be afraid to ask.

Whenever there’s a dispute between two tenants, I tell the complaining tenant that they first need to talk with the other party face-to-face and develop an actionable plan. Then implement that action plan.

If there’s still conflict after that, then they can come back to me. But nine times out of 10, I never hear back from the complainer. Either the issue gets resolved, or they’ve learned to coexist despite the issue.

If the face-to-face conversation and action plan don’t work, then I give one of the parents who cosigned the lease a quick call, talk to them about the complaint, and ask them to help us correct it. After that, I’ve never had any more issues. Though they are a last resort, the parent is usually an authority figure who can resolve the situation.

I love renting to couples because I’m able to charge higher rent overall for the shared bedroom. My rule of thumb is to increase the rent by 30% for the bedroom, then divide by two to get the per-tenant rent.

Whatever you end up doing, you’ll need to maintain a 3:1 person to bathroom ratio. The max number of people you’d want to share a bathroom is three. After that, it gets a little crowded.

Keep in mind that if you bring in a couple, you do run the risk of them breaking up. In that case, the lease may need to be renegotiated, or one of the partners may need to move out. But, generally speaking, you shouldn’t have issues with rent payments because most students will still uphold their agreements, regardless of relationship status. Though if necessary, this is where the ability to sublet can also come in handy.

How much can you make with student housing?

Here’s the real reason I invest in student housing: It’s a win-win situation for everyone. First, students get much cheaper housing than on-campus housing—about half the price. And as a landlord, you’re able to double the total rental income on the property. Even better, everyone is on a minimum one-year lease, so you don’t have to worry about turnover and clean up every few days like with short-term rental properties.

Here’s the brutal, no B.S. breakdown of my cash flow on a few properties.

This was the very first house that I purchased. I added a fourth bedroom and reinvested the cash flow and some W2 income to pay it off fully in a few years.

I purchased it in 2016 for $262,000. During that time, my interest rate for investment property was 3.625% with origination charges of $1,125. I chose to pay it off early to boost my cash flow on the property and didn’t overleverage myself.

Generally, I would recommend leveraging your cash as far as possible when you’re just starting. Then, after you have a few rentals under your belt, start paying some of them off so you’re in a stronger position if a housing crash were to occur.

Because I live in California, I’ve also gained some pretty massive appreciation on this first property. 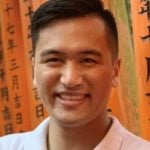 Ryan Chaw graduated with my Doctor of Pharmacy in 2015 at age 23. Ryan loves his job but he wanted to do something mor...Read More