Why Real Estate Deals Fall Through During the Buying/Selling Process 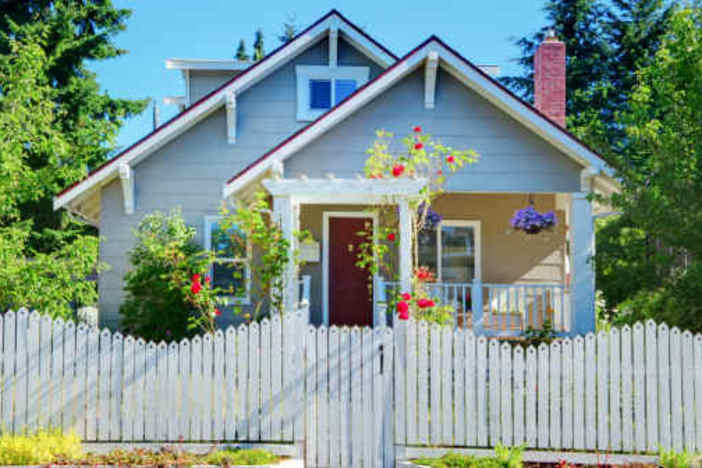 After being involved in thousands of real estate transactions over the years, I've witnessed my share of deal breakers on just about every side of the deal—as a buyer, seller, lender, REO owner, and even as an agent.

Of course, the buyer, the seller, and the agent each has his or her own perspective on what killed the deal, and you as the investor could be in any of those three roles.

I’ve seen deals fall through at different stages in the buying/selling process. It could really happen at any point right up until you sign the closing papers.

So, what are some of the things that can kill a real estate deal, and when do they typically show up?

Let’s start at the beginning.

The first stage comes before an offer is made and before having a signed Agreement of Sale (AOS) in place.

As an agent, an all-time favorite was “Uncle Louie,” meaning any trusted advisor who sprouts up to assist a buyer, typically a first-timer, in their biggest real estate purchase. What usually goes wrong is you’ll qualify a nice couple and start showing them properties for a few weeks, but when they find their dream home, Uncle Louie shows up to kill the deal. Maybe he has sticker shock, he hasn’t bought anything in 30 years, or he has no perspective on what the couple can afford—but the end result is that he talks them out of the deal.

On the side of the seller, a few things could keep him/her from going through with the deal. For example, the seller might change his/her mind after a lowball appraisal comes in, a long list of repairs needs to be completed before closing, or the offer is just too low. Or maybe the offer and repair list are just fine, but the seller is simply unreasonable. Or maybe the seller wants to do something unethical like discriminate against the buyer.

But overall, most deals are probably killed by the buyer.

There are many things that could cause me to change my mind about a property as a buyer. Since I was in construction for 23 years, I know that there’s a lot you can do to fix up a property, and access to money can solve many things, but the one thing money can’t fix is location. A poor location can be a big deal breaker.

Related: 4 Important Steps to Bounce Back After Losing Money on a Deal

Other things that have caused me to change my mind about a deal are if the property is functionally obsolete and hard to modify or if it’s too cost-prohibitive to bring it back from the dead. For me, a property may not be worth buying if it’s in a flood zone, has severe termite damage, or has extensive structural damage. I also shy away from weird lots, where the slope creates external water runoff problems. I have a buddy whose triplex is literally sliding off a cliff because the slope of the lot is so bad that the building is ready to be condemned.

After there’s an acceptable AOS signed, there’s another whole host of potential problems that could arise and kill your deal.

Most problems revolve around money and repairs and who will fix and pay for them. The worst situation is when something is so expensive that the buyer wants out or the seller just can’t afford to take care of it even if he/she wanted to.

A few times, I’ve had a buyer back out because the property was stigmatized, meaning that there was a dark past associated with it.

There can also be deal-breaking environmental concerns. I once had an experience with a home that had a high level of radioactivity. That’s just about as bizarre as it can get.

As for representing a seller post-contract, you’ll find that many deal killers stem from the domino effect.

For example, let's say the buyer had a mortgage approval that was contingent on his house selling and closing. If he doesn't sell his property, he would no longer qualify to purchase the next one.

The worst example I can think of involved several transactions, all depending on the previous deal to close. The first AOS was a low-income first-time homebuyer buying her first property off of this particular seller, and then that seller was buying up into the next property. And, of course, I was at the end of all of these transactions as an agent. I did all the work—and obviously I never got paid.

Sometimes buyers get turned down for a mortgage after doing something separate like co-signing an auto loan for a child while trying to buy a condo for themselves. Once I even had a buyer who got laid off a week before closing, so he couldn't get his loan.

Just before closing, I strongly recommend going through the property if you can, especially if you’re local to it.

The biggest issues with pre-settlement walk-throughs usually have to do with things like the contents being left behind or fixtures that were taken that shouldn’t have been. I’ve witnessed everything from abandoned cars and entire the contents of the house remaining to someone stealing the attic fan or the A/C condenser unit off the side of the house.

Also, things like unknown utility liens and taxes can pop up. Or maybe last-minute mold suddenly appears in the basement.

For most of these things, money and adjustments with proceeds will fix the situation.

The only thing that’s really tough to fix is if the seller doesn’t have enough money to make the closing happen. Either the agents end up working for charity, or the property just doesn’t go to settlement.

Now, regardless of what stage the deal is in, some issues that arise can also be seen as opportunities. So how do you decide whether to embrace the challenge or walk away from the deal altogether?

Take it or Leave it?

When making this decision, I think the biggest things to consider are your own skill set, your time commitment, and your budget. It really depends on the individual.

For example, when I was a painting contractor, I loved properties that needed painting work done. I could get a certain amount knocked off of the deal, and then I could bring my crew in.

However, if you can’t find a reasonable way to fix the issue or if the estimates are just too high, you’re more likely to walk away from the deal.

So, now that I’ve shared some of the biggest deal breakers I’ve seen over the years, I’d be curious to hear what others have witnessed.

Better yet, how have you saved or revived a dead deal?

Let me know your best stories below!

Maggie Tasseron Investor from Palm Desert, California
On the last day of escrow, just when funding was supposed to take place, Bank of America changed the terms of the loan and demanded that the buyer have 6 months worth of payments in the bank; the loan was supposed to be zero percent down so B of A had known all along what the buyer’s capacities were. Of course the buyers backed out. Well, that was in 2008 and we all know what happened then. I kept the property and rented it out for the next 3 years to 3 different nightmare tenants; what with people losing jobs those nightmares were easy to find back then. B of A should have disqualified the tenants from the start and I might have had a chance to find a more qualified buyer, but of course a lot of shady things were happening during that time. Needless to say, to this day I’m never surprised to hear B of A has come under fire yet again and I, for one, will never deal with them again.

Tim Boehm Investor from Tillamook, Oregon
If you think BofA was bad you didn’t know Washington Mutual. Those morons were so messed up they couldn’t find their asses with both hands.

Mindy Jensen BiggerPockets Community Manager from Longmont, CO
A fellow agent once had their buyers walk away when the buyers discovered upon final walkthrough that the sellers had dug up every plant in the yard except the trees. Every. Single. One.

Dave Van Horn Fund Manager from Berwyn, PA
Wowww! I’ve actually seen something similar before as an agent but on a smaller scale with sellers uprooting trees they planted for their kids, things like that, but nothing on the scale you described!

Domenick T. Investor from Springfield , New Jersey
Day before close buyer’s lawyer insisted we obtain a statement from the city stating the current rent was valid and legal. A process which takes months in my area. You would think an all cash buyer of an investment property with an existing tenant would be savvy enough to ask for this upfront and avoid thousands of dollars in fees by waiting for the last minute!