Investors: Use “How,” NOT “Why,” If You Truly Want to Succeed at Negotiating 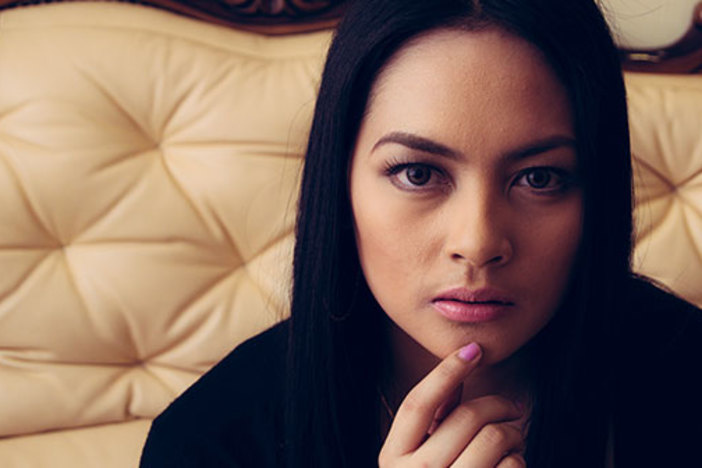 This week I conclude my discussion of Never Split the Difference (earlier articles here and here) by Chris Voss with why the simple word “how” can transform your negotiations. As he notes on his website:

“Don’t try to force your opponent to admit that you are right. Ask questions, that begin with ‘How?’ or ‘What?’ so your opponent uses mental energy to figure out the answer.”

We all feel natural in asking questions that start with the word “why.” But that question makes people feel like they have to justify themselves to you. “Why” becomes “Why on Earth would you ask me something like that?” It puts people on the defensive and is sure to intensify what is already a somewhat antagonistic situation. (Every negotiation has two parties who want something, so there is a built-in conflict to one degree or another.)

On the other hand, the word “how” puts you on the same side. “Please tell me how I can do this?” This could be translated from Negotianese into English as “Please tell me how you can solve my problem for me?” It puts both of you on the same side trying to solve the same problem. Yes, negotiations have an antagonistic quality, but the mere fact you are negotiating with each other implies there is a way that you can both meet each other’s needs, even if not as perfectly as either party would want. Asking questions that start with “how” is the first step down the road to those win/win negotiations we hear so much about these days.

And remember, negotiations are rarely a hurry. Perhaps if you know there are a lot of other offers coming in on a house, you may be in a rush. But that's because the seller might get another offer they accept, not because the seller will no longer accept your offer in isolation. Usually when it comes to negotiations, as Voss puts it, "Deadlines are often arbitrary, are often flexible and hardly ever trigger the consequences we think, or are told they will." Many salespeople will try to persuade you to buy by noting a made-up deadline to rush you into acceptance. Indeed, you'll see this at guru events all the time: "Today and today only, I am selling these five 3-ring binders of real estate investment advice for three easy payments of $999.99 instead of the ‘normal retail price' of five easy payments of $2,999.99" and the like. The deadline doesn't exist, folks.

Related: 11 Items You Can Negotiate in a Real Estate Deal

The Power of “How”

Returning to the power of the word “how,” though: Voss illustrates it with the example of a kidnapping negotiation in Haiti. The kidnappers had just kidnapped a man’s aunt and wanted $150,000. This was during a spate of kidnappings, and Voss had previously uncovered that these were just hooligans looking for weekend party money (Italics are mine).

“I advised him to start off by anchoring the conversation that he didn’t have the money, but to do so without saying ‘no’ so as not to hit their pride head on.

“That brought up the aunt’s death, which was the thing the kidnapper’s most wanted to avoid. They needed to keep her unharmed if they hoped to get any money. They were commodity traders after all. Notice that until this point, the nephew hadn’t named a price. This game of attrition finally pushed the kidnappers to name a number first. Without prodding, they dropped to $50,000. Now that the kidnapper’s reality had been bent to a smaller number, my colleagues and I told the nephew to stand his ground.

“‘How can I come with that kind of money?’ we told him to ask. Again the kidnapper dropped his demand to $25,000. Now that we had him in our sights we had the nephew make his first offer; an extreme low anchor of $3000. The line went silent and the nephew began to sweat profusely but we told him to hold tight. This always happened at the moment the kidnapper’s economic reality got totally rearranged. When he spoke again the kidnapper seemed shell shocked, but he went on.

“His next offer was lower; $10,000. Then we had the nephew answer with a strange number that seemed to come from deep calculation of what his aunt’s life was worth; $4751. His new price; $7500. In response, we had the nephew ‘spontaneously’ say he’d throw in a new portable CD stereo and repeated the $4751. The kidnappers, who didn’t really want the CD stereo felt there was no more money to be had and said ‘yes.'”

This story notes multiple techniques, including anchoring (which I discuss here) and throwing in other items, often of low monetary value, to facilitate a deal (which I discuss here). But notice how just asking "How can I come up with that kind of money" by itself got a bunch of scumbags to drop their request in half. Even thieves and kidnappers feel pressure to act "fair" and work in your interest when you ask the simple question "how." Related: The 3 Things to Remember Before You Negotiate a Real Estate Deal

Indeed, this is effectively the technique my brother uses when dealing with upset tenants that has won him the nickname "The Tenant Whisperer." Effectively, he puts himself on the tenant's side in these negotiations-of-sorts. He is their ally looking for the best possible solution (not necessarily what the tenant wants), with the lease, law, company policy, or owner acting as the "enemy." If the tenant wants a to be let out of their lease for whatever reason, the question basically is, "How am I supposed to do that when the lease says that's not allowed without a break-lease fee?" And then follow up by adding the law to our list of enemies: "The law would require us to allow every tenant to do that if we let you out."

Now, all of a sudden, the tenant is on your side trying to solve the “how” problem my brother highlighted. And that problem is caused by that horrible, good-for-nothing lease. More often than not, the situation works itself out in a relatively painless way—and the tenant is happy (or at least as happy as you could expect), to boot.

There are all sorts of situations this simple word switch can benefit. So think “how” and not “why” the next time you’re in a negotiation.

Do you frame your negotiation questions surrounding “how”? Has this helped?

Bobby Eastman from Dallas, Texas
Great article! I hope to use this information in my next negotiation on any topic :).

Joshua Quinn from Lusby, Maryland
Having read Never Split the Difference, I know how invaluable this information is. Even in my personal life, it’s made a world of difference. Thank you for writing these articles to help convey this information to others!

Zane Gifford Real Estate Investor from Houston, Texas
I like the article Andrew. Big fan of Chris Voss’s book and negotiation style. We use it all the time.

Account Closed from Clovis, California
This is very relatable and spot on. Great article!

Vikas Lakhotia Investor from Lees Summit, Missouri
Have not read the book, but really enjoyed the article. I did some of these without realizing that I was doing so and am now going to use it in a more purposeful manner.

Andrew Syrios Residential Real Estate Investor from Kansas City, MO
I would definitely add it to your reading list

Tony Idem Wholesaler from Dallas, TX
This is a very insightful article, well done. And I LOVE that book!

Andrew Syrios Residential Real Estate Investor from Kansas City, MO
Everyone who’s read it seems to love it (including me). It’s definitely the best book on negotiating I’ve ever read.

Rick C. Rental Property Investor from Collingswood, NJ
Great article, Andrew! This advice was by far my favorite part of Never Split the Difference. Over the past few months, it has immensely helped me professionally and personally. Thank you for sharing *how* it has affected you with the Biggerpockets community 🙂

Manuel Prado from Midland, MI
You nailed it with all 3 articles about Voss negotiation skills. The what and how questions work like magic. It takes a little while to get used to not use the why, but the more You think about it and put in practice the more you rewire that brain to ask more how and what type of questions. Thanks again