Where Investors Are Looking to Buy Out East 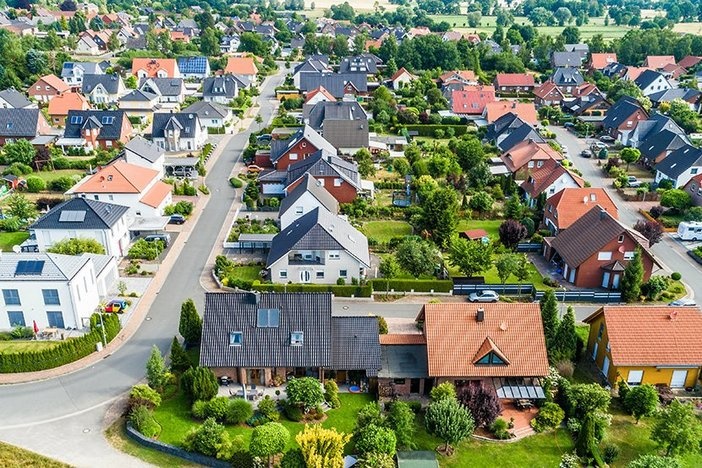 Charlotte is the largest metropolitan area in the state of North Carolina, with nearly double the population of Raleigh and growing. In fact, around 150 people are moving to Charlotte every day. The median age in Charlotte is 34, as it has become a great city for young professionals.

The population and culture around Charlotte is diverse because 17% of residents were born outside of the U.S. The metro area is unique because it’s relatively close to a lot of popular destinations. For the adventurers, Charlotte is just 90 minutes from the beautiful mountains of Asheville. For the beach vacationers, the city is about a three-hour drive to Myrtle Beach. Washington, D.C., Atlanta, and Charleston, South Carolina, are also all within driving distance—approximately five hours away.

Because Charlotte is located further from the coast, it’s more protected from hurricanes and severe storms than other North Carolina cities. Temperatures vary year-round but generally stay fairly mild with a nice mix of seasons. However, Charlotte is prone to tornadoes coming through the area, as well as flooding. When buying property, it’s best to make sure it’s not in a flood zone.

What’s bringing so many young professionals to the Charlotte area? It’s pretty simple: plenty of job opportunities, above-average household incomes, a low cost of living, low taxes, and a great place for single people to meet each other (55% of Charlotte’s population is single).

How COVID-19 Has Impacted Charlotte

The good news is that employers in North Carolina are still hiring and jobs are slowly coming back. Whether that trend continues across the country is largely dependent on how the pandemic plays out in the coming months.

Related: Where Smart Investors Are Looking to Buy Real Estate in 2020

Why Invest in Charlotte

Millennials are also moving to North Carolina in huge numbers. In fact, 70% of people moving to North Carolina are choosing to settle in or around Charlotte. Charlotte also came in at No. 5 for cities where millennials are moving in 2020. There are a variety of reasons for this growth, including a lower cost of living and jobs which will discuss more below. One thing to note is that a new study recently named the Queen City as the No. 1 metro for job growth in STEM fields. It’s no wonder why Charlotte is attracting college students and millennials looking for good jobs and even better lifestyles.

The entire Charlotte metropolitan area has significant demand for housing, due mostly to a lack of inventory. A quickly growing population coupled with a lack of affordable housing may offer opportunities for both buy and hold real estate investors and flippers.

Charlotte is an explosive primary market with a diverse economy. On average, Charlotte is adding twice as many jobs as the rest of the country. The biggest industries include technology, finance, and healthcare. The average household income for the Charlotte MSA is around $60,000 and the total GDP is over $170 million.

North Carolina is a business and landlord-friendly state. It's a right-to-work state and has six Fortune 500 companies in or around the city. Charlotte is No. 2 in the banking industry, only behind New York City. The Charlotte-Douglas International Airport is the sixth largest airport in the U.S. as far as the number of flights going in and out.

The largest employers in and around Charlotte include:

Average single-family homes in the Charlotte metro are $250,711—below the national average of $259,906. In the last year, home values in Charlotte have gone up a whopping 9.1%. Zillow predicts that the cost of homes will go up 7.7% over the next 12 months.

Almost 47% of people in Charlotte are renters. Median monthly rents for a single-family home in Charlotte are around $1,600. There is a serious affordable housing shortage, which is causing the majority of tenants to spend more than 30% of their income on rent.

It’s possible to find affordability, population, and job growth in Charlotte. The question is whether you can find investment properties for sale. If you can, there are areas just outside of Charlotte with potential for even better appreciation than in the city.

The Fastest-Growing Neighborhoods in Charlotte, NC

The Fastest-Growing Neighborhoods in the Charlotte Metro Area

At my company, we have found the best success in finding good long-term rentals by partnering with builders in Charlotte and reserving 10% of their inventory for our members. Since lumber costs have skyrocketed, we were pleased to find a builder that uses steel instead. Surprisingly, these steel built homes cost less than stick-built. It's all about supply and demand.

If you’re interested in learning about other markets around the country, BPInsights offers more information.

Kyle Spearin Investor from Boston, MA
Great article! I love reading about different parts of the country. This was very insightful.

Jack Bradham
Thank you for adding competition to my deals...

Ryan Gaus Real Estate Investor from Apex, NC
The Research Triangle (RTP) is in the TRIANGLE of Raleigh-Durham-Chapel Hill. Not Charlotte!

Victor Valle Flipper/Rehabber from Portland OR, Charlotte NC
Agreed! Especially that the closest city to the triangle is about 2.5 hrs drive from Charlotte. A little bit of research wouldn't hurt.

Sean Psaradelis
Excellent article, good info. This area was on my radar but not top priority. Based on what you are saying I have just booked a flight to NC, hoping to score a few deals. So thank you!!

Will Cook Lender from Denver, Colorado
Charlotte is 167 miles from the tech triangle and still growing? is tech moving more into Charlotte?

Christopher Smith Investor from brentwood, california
Its always been an area with strong growth and an influx of diverse business, but oh god too humid for my preferences.

Reks Mouk
what resources/tools can we use to validate where population growth and job growth are for each cities?

Jacob Compher Real Estate Broker from Asheville, NC
Nailed it! I moved to Charlotte from the coast of NC exactly for the opportunities. However, I continued west to Asheville. Charlotte is still an easy drive from here, but city living is not for me. Still an explosive market in both areas. Great area to get in to while you still can.

Shane Durkee
How saturated is this market, I just (quick) checked Zillow and it looked flooded with rentals?

Ann Rudd
It’s not flooded with rentals. There are a lot of them but rents are high, and there simply aren’t enough quality rentals on the market. I work in the Charlotte real estate market every day and it’s tough to find quality single family home rentals here. Just watch your zip codes!

Dave P. Rental Property Investor from Massachusetts
Thanks for the useful content!

Christian Solaita New to Real Estate from Fayetteville, NC
Awesome and very informative! This was our next market to begin investing and I will definitely use this as a reference for my research. TY!

Dave Rav from Summerville, SC
Good stuff. I didn't know CLT was growing at such a pace. I definitely didn't realize they topped Raleigh in growth. But yes, Charlotte is a financial capital of the Carolinas, if not the SE. Lots of banking

Raafat Habib
Sounds cool. Do you have a mortgage option for Canadian buyers? 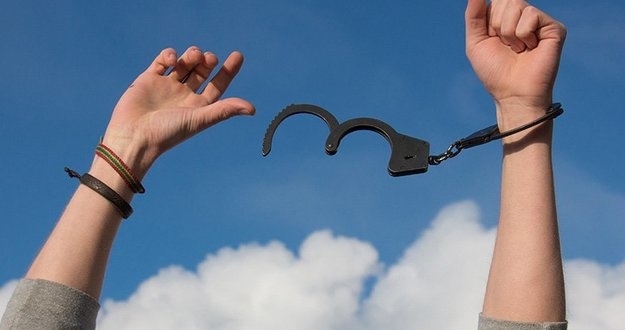 Meet the Investors: I Quit My Government Job to Do Real Estate (& Never Looked Back) With Tanya Salseth

Meet Tanya Salseth, a former government employee working 9-5 and traveling overseas regularly. She turned to BiggerPockets to learn about investing in real estate, and it’s changed her entire life.

END_OF_DOCUMENT_TOKEN_TO_BE_REPLACED 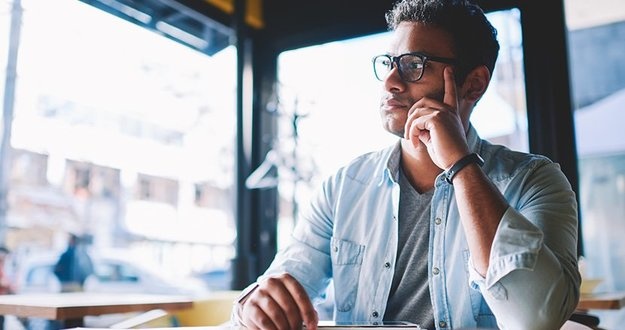 Forget Demographics—Research THIS Before Investing in a New Market

Demographics like vacancy rates aren’t everything. Sure, this stuff is important. But it’s not the first thing you need to figure out when vetting markets for real estate investments.

END_OF_DOCUMENT_TOKEN_TO_BE_REPLACED 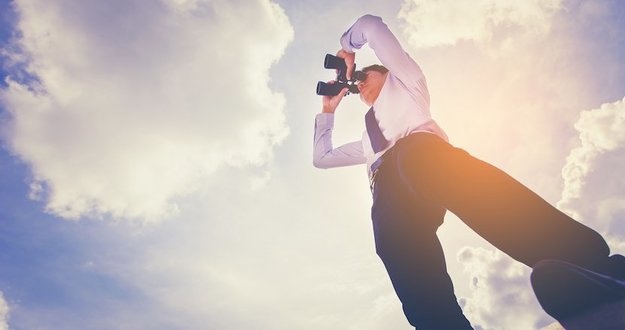 Is It Still Possible To Find a Good Deal on the MLS? Maybe.

There may still be a few good deals out there on the MLS if you can spot them. But it’s also a valuable tool in other ways.

END_OF_DOCUMENT_TOKEN_TO_BE_REPLACED 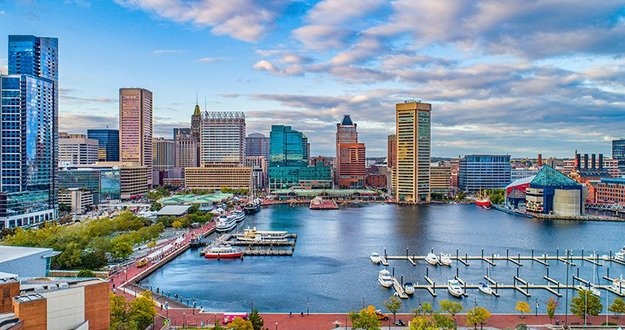 Meet the Investors: How I Live for (Almost) Free by House Hacking With Kelly Marburger

Meet an investor who house hacked a fourplex in Baltimore, Maryland, and is only paying $20 of her own money toward her $2,870 monthly mortgage payment.