Your Reputation is Everything. Guard it With Your Life. 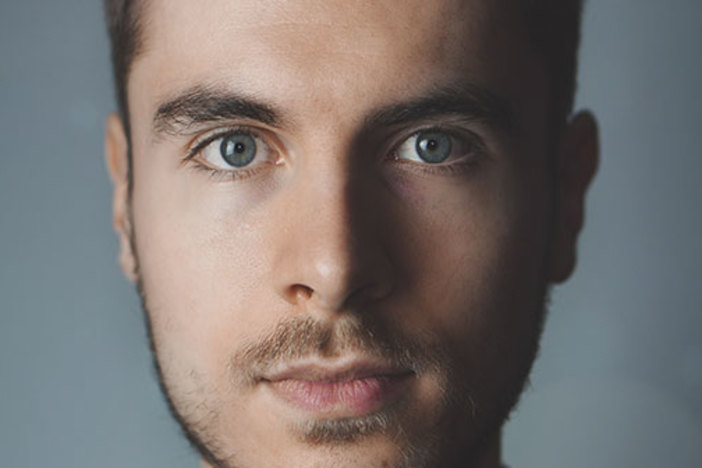 Today we’ll delve deeper into the deeply amoral book The 48 Laws of Power by Robert Greene, in what I think might be the most important lesson for just about anyone: “So much depends on your reputation—guard it with your life.” As Greene notes:

“Reputation is the cornerstone of power. Through reputation alone you can intimidate and win; once it slips, however, you are vulnerable, and will be attacked on all sides. Make your reputation unassailable. Always be alert to potential attacks and thwart them before they happen. Meanwhile, learn to destroy your enemies by opening holes in their own reputations. Then stand aside and let the public opinion hang them” (Greene IX).

Did I say this book was completely amoral?

Regardless, even for those of us with a conscience (perhaps especially), this is a particularly important lesson. Real estate investors are rarely trying to oust some other investor for some sort of real estate investment throne, so you can comfortably discard the discussion on “ruthlessly crushing your enemies” and simply focus on your own reputation. Indeed, while trying to establish your reputation will take a certain amount of marketing and salesmanship, guarding your reputation mostly requires that you do right by others, follow the law, and keep your word. As Warren Buffet put it, “It takes 20 years to build a reputation and five minutes to ruin it. If you think about that, you’ll do things differently.” In other words, your reputation can make or break you.

Greene illustrates this point with a rather amusing story from ancient China:

“During China’s War of the Three Kingdoms (A.D. 207-265), the great general Chuko Liang, leading the forces of the Shu Kingdom, dispatched his vast army to a distant camp while he rested in a small town with a handful of soldiers. Suddenly sentinels hurried in with the alarming news that an enemy force of over 150,000 troops under Sima Yi was approaching. With only a hundred men to defend him, Chuko Liang’s situation was hopeless. The enemy would finally capture this renowned leader.

“Without lamenting his fate, or wasting time trying to figure out how he had been caught, Liang ordered his troops to take down their flags, throw open the city gates, and hide. He himself then took a seat on the most visible part of the city’s wall, wearing a Taoist robe. He lit some incense, strummed his lute, and began to chant. Minutes later he could see the vast enemy army approaching, an endless phalanx of soldiers. Pretending not to notice them, he continued to sing and play the lute.

“Soon the army stood at the town gates. At its head was Sima Yi, who instantly recognized the man on the wall.

“Even so, as his soldiers itched to enter the unguarded town through its open gates, Sima Yi hesitated, held them back and studied Liang on the wall. Then, he ordered and immediate and speedy retreat” (38).

Related: Libel, Slander, and Defamation: How to Protect Your Reputation in a Digital Economy

As Greene points out, Liang had a reputation for deception, using spies and double agents, and always being one step ahead of his opponent. Caught in an impossible situation, Liang created the appearance of a trap and Sima Yi fell for it. Had Liang not had the reputation he did, Yi would have attacked and easily won. Instead, Liang would live to fight another day.

Think in the Long-Term

I should probably point out that it’s not a good idea for a real estate investor to create a reputation for “using deception, using spies and double agents.”

With that obvious point out of the way, it is important to note that it is often tempting to take shortcuts and think of short-term gains without fulling appreciating the long-term consequences. I have seen several cases where a seller, usually a bank, will go with a lower offer because they are confident that buyer will close. Sometimes you have to back out of a deal, but if you make this a habit, you will quickly gain the reputation of being an unreliable buyer, and deals that you would have otherwise won will slip through your fingers.

On the same token, some buyers get the reputations of always "retrading" (negotiating down the contract price after due diligence). Again, sometimes this is necessary, especially if you find something seriously wrong with the property during your inspections. But if you do this too much, you will gain a reputation for it, and sellers (particularly institutional sellers) will become wary of dealing with you.

Use Online Ratings for Your Benefit

With the internet, it is easy for your reputation to spread far and wide very quickly. If you get a lot of complaints on sites like the Better Business Bureau or Rip Off Report, you better believe people will find out about it. And if you manage your own properties, many prospective tenants will look through your Google and Facebook ratings and find what other tenants have had to say about you.

This actually presents a great opportunity, as most property management companies have very lousy ratings. Of course, you'll get some bad ratings, but you want to limit this with quality property management. Again, don't skimp. Guard your reputation! And even here, you are often presented with the opportunity to respond. Be polite and respectful, but make your case. If a prospective tenant sees only the negative review, there is the tendency to assume that person is telling the truth. On the other hand, if they see an angry and perhaps irrational tenant venting and then see a respectful and logical response from the landlord, they'll more than likely side with you. Indeed, how you respond to criticism is an important way to build your reputation.

But you also need to do a little salesmanship here. When tenants renew a lease, we often ask them to give us a rating. We don't put any pressure on them to do so, but many will go ahead and leave a rating—and usually a high one. This is especially true if they're happy with the property and maintenance we provide (which we put an emphasis on). By doing this, we have a much higher rating than most other property management companies do, and this reputation precedes us with prospective tenants who are debating which company to lease from.

But even more important than mere internet ratings are the personal reputations you will build with various people in the industry. If you screw over a contractor or lawyer or agent or whomever, you can bet that not only will they not work with you again, but they will probably tell others. Obviously, if you have a legitimate grievance with that person, you shouldn't just let them walk all over you. That won't protect your reputation, but will instead give the reputation of being a doormat.

You do, however, need to be “fair but firm.” Treat others with respect and do what you say. There will be times when you feel like taking a shortcut that will make you a little more money in the here and now. But it will almost always cost you more down the road. In the extreme case, if you do something illegal and get caught (which, if you keep doing it, is just a matter of time), that will all but destroy your reputation. It’s hard to convince anyone to trust you when you have a felony for fraud or something like that.

Remember, “It takes 20 years to build a reputation and five minutes to ruin it.” Act accordingly.

How do you build (and keep) a strong reputation as an investor? Have you ever seen someone catastrophically ruin theirs?