I'm doing a new build in Chanute, KS. It's a 3/1 duplex, slab on grade, SIP construction, ~900 sq. ft. each side. The kitchen cabinets are going to be knotty alder. It's a darker wood and just finished, not stained. The builder absolutely refuses to get cabinets from HD or Lowe's as they have had so many issues with them. I'd prefer white cabinets, but that would cost me $1K extra.

He is talking me into granite counter tops, but I'm not sure that is a good choice for my area. Chanute is a small town, ~9K and about 40 miles from a town that is much larger. The builder likes granite, but my question is what issues have any of you had with granite tops? I've read where they stain easily and you can bet the tenants won't take care of them. I'm wondering if a Formica counter top wouldn't do as well. I can actually get a cheaper counter top that runs $5 a linear foot.

Please tell me what issues if any you've had with granite and whether you'd use them again.

Hi @Bernie Neyer - the only issues I've had with granite is the need for on-going sealing or restoration.  That said, it's not a huge deal and I'd go granite every time.

Here's why:  it's hard, it's busy, and it (especially in 3cm thickness) communicates a premium feel in the most valuable room of the home.  Hardness makes it more robust and "knife, pot, pan, and toddler-proof", busy makes it yet again pretty resilient and able to hide minor imperfections, and niceness subconsciously selects tenants with a more premium mindset ideally.

My concerns were stains. Have you had any issues with that on lighter colored granite? I'm sure you've seen the crap a tenant can try to get down a drain, but first it sat on the counter top.

i had a tenant pour their bong juice down the SS kitchen sink. I had to replace the sink. It permanently stained it.

Granite is fairly cheap nowadays. And will last forever as long as its kept up with.

What are the rents for each unit? Don't dump unnecessary money into them if you don't need to. But if its a higher end rental, then listen to the contractor. Home Depot and Lowes cabinets are junk. Granite is the cheapest and best solution for something nice. Or you could go concrete (ive done this myself a few times).

$800 per side puts me at a 7 Cap, and usually I don't touch anything below a 10 Cap, unless by updating it I can raise the Cap Rate.

If monthly rental doesn't work, I thinking of Air BnB, when this Corona crap goes away. 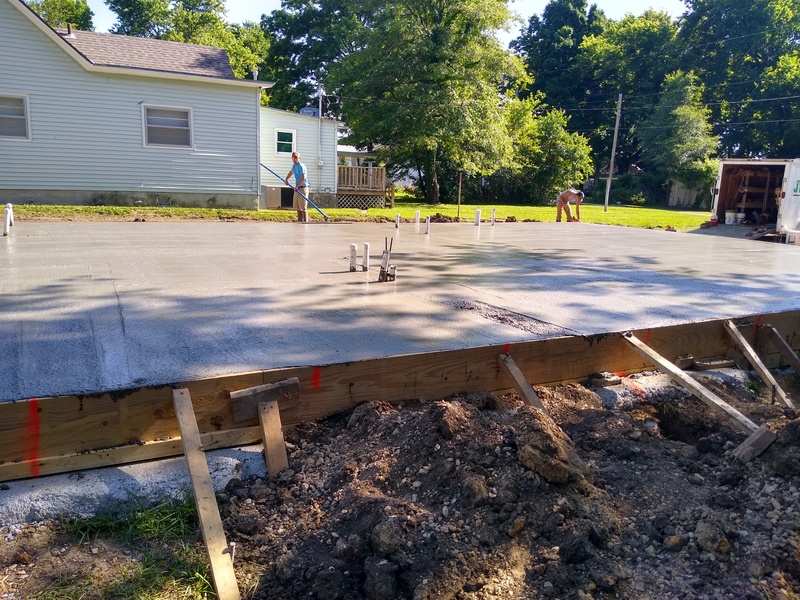 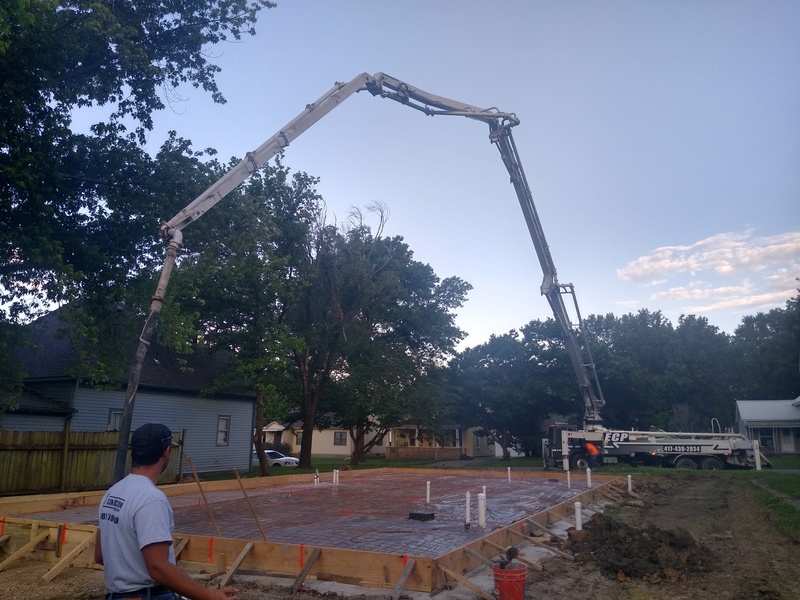 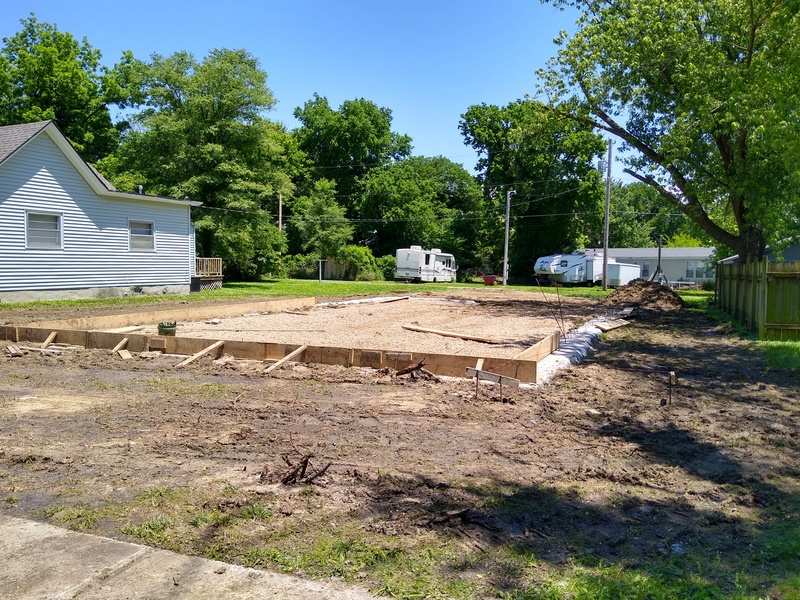 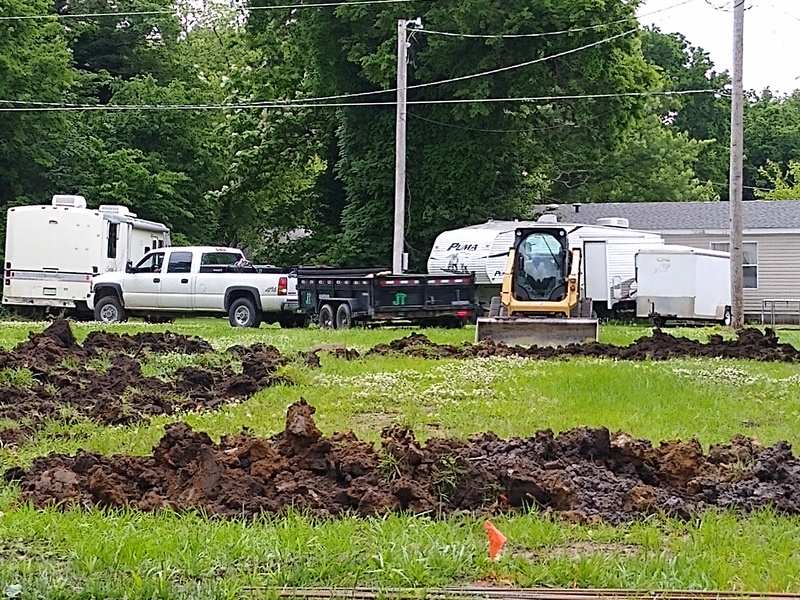 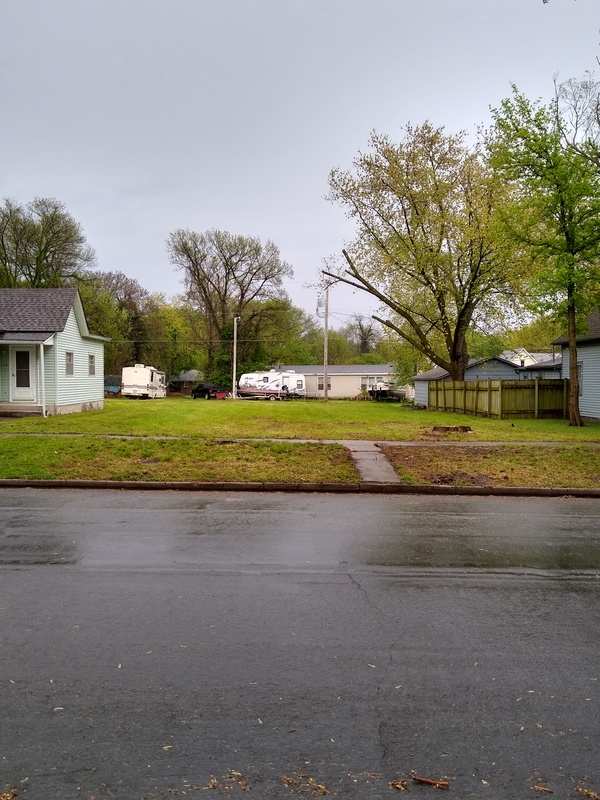 @Bernie Neyer I personally haven't had more issues with granite staining over other products. A tenant who doesn't respect the property can cause damage regardless of finish quality. My hope for you is that by having a higher end unit maybe you'll be able to be more selective about the tenant and it will all work out! best of luck

The pour is done, now I have to wait a week for the panels to get here. The framers are on another project and won't get here till a week from Monday.

@Bernie Neyer What are you paying for the entire build, estimated? I don't see many investors building new for rental property. THanks

We have granite kitchen counters in our home. They were installed about 10 years ago and no stains, so far. They have chipped on the edges. For that reason, I would not use them in a rental property.

Our rentals have Corian counters. They are rugged and can be fairly easily repaired. A light sanding will remove any stains. The white Corian sinks stain quite easily, but a quick soaking with bleach makes them look just like new. You may prefer to install an undermount stainless steel sink.

I wanted to avoid a under mounted sink. Whatever the counter top, if you have to replace the sink you will undoubtedly damage the counter top. It looks good though and is certainly the style now.

How much of that was improvements and how much of that was land? A lot of times the land is worth more than the house that sits on it. I purchased the lot for $1 at a tax sale. It cost me $49 to register the purchase. Even then the county values the land at ~$1000. That's part of how upside down values are here, which limits rent returns.

I'm surprised they used that giant concrete pump truck for a not so giant looking foundation.

Does the competition use formica, tile, or granite, or what?

For a rental you want to meet or slightly beat them.

For your home place, granite all the way.

If your stainless steel sink is stained by "bong juice", it is really the resin / tar/ black crud.

Clean that off with iso alcohol and elbow grease. It can be removed.

Unless you've used a pump to pour a foundation you'll never know how quickly and easily it goes.

I've been involved in several pours, but never used a pump. The sub contractor calculated it in their estimate I believe. If the cement wasn't an hour and half late, they'd probably finished by noon.

The concrete started arriving around 8:30 and the pour was done before 10:30. It would have gone quicker, but there were delays between trucks.

The total pour ran 45 yards at $109 a yard. There was some charge back due to tardiness of the trucks to cover crew and pumper costs. What that amount was I don't know.

I've worked concrete and have been exhausted pushing around mud that was 1/10th the volume of this.

This went quickly and easily. There would have been no way to get the concrete from the back to the front without a lot of work. I'm sold on pumpers and it can actually cost less using them to extra crew. 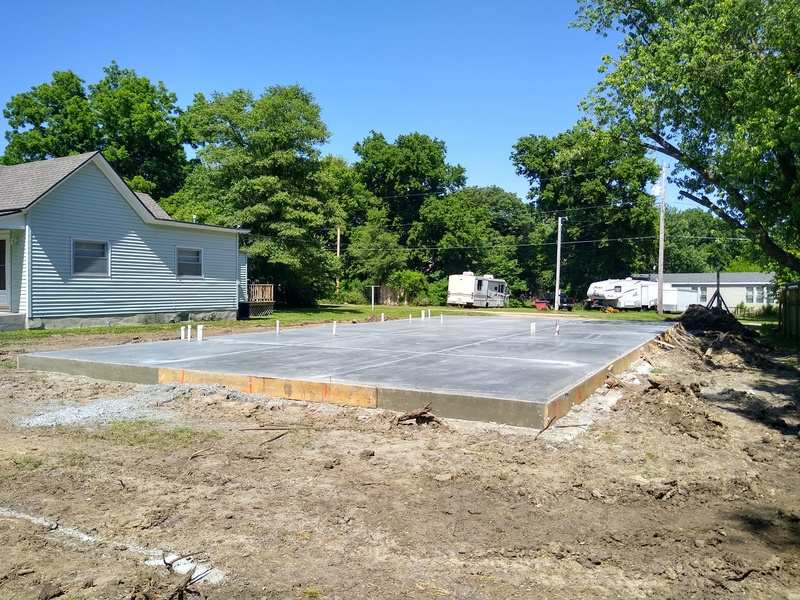 I wanted to avoid a under mounted sink. Whatever the counter top, if you have to replace the sink you will undoubtedly damage the counter top. It looks good though and is certainly the style now.

I think a neautral gray granite would be perfect. You need a serfsce and fermica sucks and no one likes.

I’m surprised nobody mentions quartz countertops. The feel will be similar to granite by being a hard surface but way less chances of stained. Here in Montreal most of the higher end houses have a quartz countertop. You don’t need to seal them since it’s not completely a natural material, it’s a mix of quartz stone and a binder material. And the cost between quartz and granite will be pretty similar.

I've heard of it, but in Chanute it may be overkill. I'll check into it though, thanks.

@Bernie Neyer how much for a pump like that? I’ve installed a few granite ctops and the hassle is it’s heavy. If you know how to work the seams, they’re fairly easy with a scribe and grind method. The best mainstream place I’ve found for getting granite countertops is (get ready for this everyone): Floor and Decor kills it on ready to install granite countertops. Also, the new trendy sinks offer a thin lip for an easy top mount sink rather than under mount. Thanks for the pix

I'm in Kansas, there are no Floor and Decors here.

The pump charges so much an hour and then so much a yard for pumping the concrete. There was a 3 hour charge due to the delay and the pad took ~45 cubic yards of concrete. I can't tell you what the charges were as that was arranged by the sub.

The concrete though ran $109 a yard and usually the pumper adds about 50% to that cost. However, you save the costs of your crew. Anyone that has ever worked concrete will tell you that you can never have too much help.

i assumed that you wanted to know what it cost to pump the mud and not the price of the truck itself. The owner told me a new one like that would cost upwards of $750K. He purchased that 30 old one for $95K.

@Axel Louis Bastin totally agree with you Axel. I work for an architecture firm in Portland, OR and we try to spec quartz every chance we get. Super durable product that looks great. I think it could potentially reduce future maintenance concerns that less durable countertops present. I would install quartz in my own house.

@Bernie Neyer   I wouldn't let the builder make design decisions such as cabinet colors & materials unless I was VERY comfortable with his interior design credentials-- it's really not usually their specialty; though I'm sure the big builders have interior designers on staff. Knotty alder cabinets are expensive and will appeal to a much more narrow audience than will painted cabinets. Even when wood cabinets are "in", knotty alder is a pretty rustic, niche look. A designer that really knows their stuff can use any cabinets and make the room look great but it's going to be easier to do with more neutral cabinet materials. Stick with your gut and insist on the painted cabinets. White cabinets should not cost more than natural wood-- tell him you want to shop around.

Well that's the cheapest cabinets they make. It would actually cost me a grand more to get them white. I'd prefer white cabinets with a dark counter top. The builders won't use HD or Lowe's cabinets because they've had so many problems with them. The builders tell me they've used knotty alder almost exclusively on all the houses they've built recently.