5 Lessons I Learned From a Real Estate Partnership Gone Bad 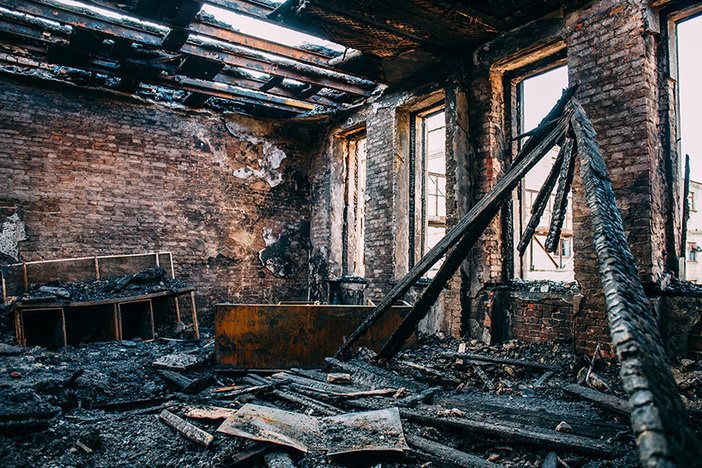 It was the middle of summer in 1994, and I was traveling down a side street near the duplex I was living in. I could see billowing smoke coming from a brick twin house that was fully engulfed in flames. I stopped my truck.

Thank God, everyone was out of the house already and all were accounted for, as the fire department hadn’t gotten there yet. The neighbors were making a valiant attempt at using a garden hose to put out the fire.

Little did I know then that a few months later, my buddy from the construction site would give me a call to see if I wanted to partner with him on a rehab project for the same burned-out shell. By then, it was all boarded up, and it was definitely a full gut job.

At the time, I was a full-time painting contractor who sold real estate part-time, and I already had a few rentals. My buddy was a framing contractor (carpenter), but he had no experience in real estate investing, and I think he was just afraid to start out on his own. It was then that I agreed to be his partner, and I threw my $8,000 portion of the purchase on my credit card.

Related: I Make Sure All of My Real Estate Partners Share ONE Non-Negotiable Trait: Here’s Why

If you’ve ever done a fire job, you may agree that it’s almost easier to build a brand new house instead of trying to retrofit an old one. Fire jobs are dirty. We both looked like we were working in a coal mine every day that we worked there.

Also, it’s difficult to get rid of the odor. It was also tough to get rid of the mold in the basement. You see, the fire company not only cut six holes in the roof to ventilate the fire. They also shut off the power and gas and proceeded to fill the finished basement with water to put out the fire. That being said, these types of issues were easy to deal with compared to both of us entering into a partnership unprepared.

It was not only tough to tell what each of us brought to the table as far as skill sets and what roles we would play, but also everything we did took longer than it should have. Initially, we wanted to fix this place up and flip it. It’s funny how both of our trades felt they were more valuable than the other. But the truth is, they’re both valuable—just in different ways.

Another difficulty was my partner wanted three bids for every subcontractor who worked there besides us. This usually slowed things down dramatically, especially when friends or relatives were giving us a really good price on stuff to begin with. We also had to shop around together for the best prices on everything under the sun, from kitchens to tile to carpet, etc.

This can get totally ridiculous at times, especially if you’re already working with people you trust. But it also really helps you realize that your time is worth money too, and you should value it. (Today, all of my contractors and renovation selections are standardized.)

Up a Creek Without an Exit Strategy

A six-month project turned into a year, and while our original goal was to fix the house up and sell it, guess what happened next? It didn’t sell, and we really didn’t have a plan B.

My partner was a single guy with plenty of income, so he just wanted to continue marketing the property until whenever. The problem for me was that I had a wife and two kids to support, and I didn’t want to keep losing $700 a month until whenever. I suggested we rent it out until the market turned around. But my partners said, no way—he didn't want to be a landlord.

At the time, I was a little stumped. I just couldn’t keep taking it on the chin for that $700 a month.

Some people would say that these types of challenges are the reason why they’re not real estate investors to begin with. It’s kind of a “glass half empty or half full” situation.

Sometimes, when facing a tough situation like this, you have to ask yourself, “What’s the worst that can happen?” Then, stay positive, and try to seek out a creative solution.

So that’s exactly what I did. I started talking to everyone I knew who was in real estate. Sure, I kept trying to sell the property, but nothing was moving in the area at the time. I ended up deciding to refinance the property and buy out my partner.

Of course, this was easier said than done, since the traditional banks didn't want to touch me due to the fact that I was self-employed less than five years as a painting contractor. But eventually, I found a mortgage broker who had a local bank that would give me a portfolio loan. The only catch was that it came with an 11 percent interest rate and six points.

As expensive as it sounds, it still worked. My payment was less than rent, and I actually moved into the newly renovated house with my wife and kids. I ended up only staying there for two years and then turned it into a rental property. I refinanced again a few years later and then finally sold it after about 10 years of ownership for a sizable gain. So overall, it wasn’t a bad long-term investment.

Related: Real Estate Partnerships: How to Find a Great Fit & Work Together Towards Success

Obviously, partnerships are like a marriage. It’s great while you’re dating or newlyweds, but later on in the relationship, you can get tired, especially if you didn’t really know each other.

So, my best advice is the following:

Years later, I was able to carry these lessons into a new partnership that founded PPR Note Company, and my partners and I continue to support the company’s growth.

I knew both of my current partners pretty well prior to starting PPR, and I was more familiar with their investing goals. I met one of them years earlier when we had both raised capital for mobile parks and the other was actually my lender. Both of them had regularly attended the meetings of the Real Estate Investors Networking Group (RING) that I ran, and we had very similar investing goals.

When we realized that the real estate market was about to tank, we all saw the writing on the wall and wanted to get out. We were all experienced investors who had enough cash-flowing assets, which served as each of our plan Bs. This freed all of us up to establish a startup, and two of us were even able to work on no salary in the beginning to really get the business up and running. Also, we used and continue to use an experienced securities attorney to make sure we’re set up correctly.

The biggest lesson here is that the best partnerships are planned before they are implemented.

So, what lessons have you learned from your partnerships? Ever had a partnership that turned out to be disastrous?

Leave your comments and stories below!

Cydni Anderson Real Estate Agent from Long Beach, California
Certainly some important points to think about. Thanks for sharing!

Elizabeth Faircloth Real Estate Investor from Trenton, NJ
Dave, Great advice! Completely agree with all of your takeaways. I would also add that it is important to know one another’s personality strengths (and weaknesses). This can also make or break a healthy partnership! By the way, my husband Matt and I look forward to having you part of the panel of speakers for the SJREIA Central Kick off meeting in Princeton on May 21st. I did not realize you were a blogger as well! Matt and I also write a weekly blog for BP! Thanks again for your terrific post! See you soon!!! Liz

Dave Van Horn Fund Manager from Berwyn, PA
Hi Liz, Thanks for the positive feedback. I didn’t realize you were both weekly writers for BP either! Looking forward to the meeting on May 21st! Should be a good event. See you soon, Dave

Ronnie Sparrow Investor from Spring, Texas
Great information here. I have not partnered with anyone yet although I have had offers to. My wife and I are very hesitant about partnering with other investors. If we did I would use an attorney to get it all in writing so that it is clear who is responsible for what. So far in our investing we have not needed to partner with anyone but I am sure in the future we may want to consider it.

Alan Mackenthun from Prior Lake, Minnesota
So true. Partnerships are rife with landmines. It’s like a marriage. You have to be on the same page. Make sure you mind the details and set up a clear and clearly understood partnership agreement. I’m contemplating partnering on the purchase of an office for a startup we’re working with others on getting going. Now it makes good sense. The exit strategy is my biggest concern. I have to see if there’s a way to make it an opportunity. Hmm…

Dave Van Horn Fund Manager from Berwyn, PA
Hi Alan, I agree. Also, many real estate investors think they just need one big money partner, although he/she could demand a lot of control. It sometimes makes more sense to have multiple (smaller money amounts) limited partners, through the use of a private placement. Best, Dave

Andrew Cordle from Alpharetta, Georgia
Good advice, it’s important to know what kind of real estate investor you are before entering into a partnership.

Gary
Well, I certainly understand how difficult your original partnership must have been and have difficulty with why your partner would be so set against recouping some of the expenses but in the longer run I guess it was how it was supposed to be. My inability to form viable partnerships has dramatically hampered the projects that I can say yes to. Renters waiting for me to finish a project have become my final assist people on several jobs and though I know it to be unorthodox at least we know each other. It is that time though because renters helping finish unadvertised properties kinda says a person should be increasing the number of properties to offer. They have real skin and an interest in out come though.