After 30 Years of Real Estate Investing, THIS Is What I Would Do Differently 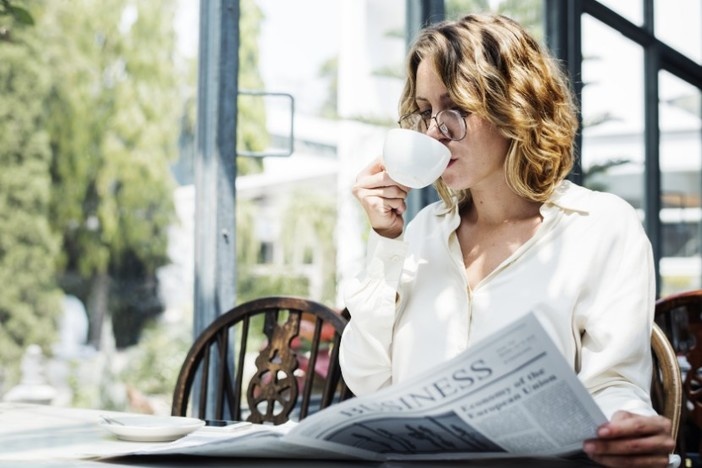 A younger person recently asked me, "After 30 years of real estate investing, what would you do differently?"

It’s a pretty good question, and it really made me think. At first, I was thinking like Frank Sinatra that I wouldn’t change a thing because “I did it my way.”

I quickly woke up and realized that’s nonsense; there are plenty of things I would have done differently. So, here goes.

I Regret Not Starting My Real Estate Business Earlier

When I first started out, I thought I needed to work several jobs and save my own money to do my real estate deals, and I was only focused on buy and hold properties.

What I didn't realize at the time was that this was a get-rich-slow strategy. I had been too busy making other people rich—everyone from builders and developers to apartment owners and real estate brokers. At the time, I was still a painting contractor and a real estate agent.

One of my biggest regrets is that I waited so long to quit my day job (although I do still keep my real estate license) and go into real estate investing full-time. I would've started my "I buy houses" business much earlier. I would've done more wholesaling and flips. And I would’ve utilized hard money for my deals earlier on in my investing career.

Related: Why I Don’t Regret Saying “Yes” to Opportunity & Quitting My 9-5 (Despite Challenges)

I Regret Not Delegating Tasks Sooner

I micromanaged everything, instead of focusing on what I was good at, what I was passionate about, and what I could make money on (you know, the real economic drivers that pertained to me).

I can’t tell you how many times I was cleaning out a house or standing in line at Home Depot asking myself, why am I doing this?

It was a big hurdle for me to hire someone to do something that I knew I could do or something that I had done in the past. In my mind, no one could do it as well for as cheaply as I could myself. It took me a while to realize that you don’t have to do everything perfectly; you just have to do it good enough. I know now how ridiculous I was, and looking back, it was a big mistake not to delegate more.

If I focused on taking action to replace myself, I could have spent that extra time networking more, marketing more, and building my money list (which is just as important as a buyers list).

Today, I have a property manager in place, and I don’t do any maintenance at all. It’s the best decision I’ve ever made! It just took a while for me to concentrate on where I really made my money—finding deals—instead of on the little ways to save money by trying to do everything myself.

I Regret Not Using Leverage in a Bigger Way

Besides taking too long to find a mentor or coach and doing everything myself, the next big regret I have was not using OPM (Other People's Money) and self-directed IRA accounts sooner and in a bigger way.

Sometimes, I think we’re afraid of success, especially if it means we have to take on debt. Maybe we’re even fearful of growth because we don’t know if we’ll be able to keep it going, and we think of all the “what ifs.” That was the case for me, at least.

I absolutely could have used more leverage, whether that was with private money starting out or with private placements later on.

When it comes to using leverage, though, one of the biggest considerations is do you have enough deals to keep the money at play?

Basically, there are three pillars to operating a successful investment or business venture: capital, scalability, and product. Oftentimes, there is a constant battle among these for balance. You’ll go through phases when you have more money than deals or not enough money when the deals are everywhere.

By the time I was 40, I had started buying bank-owned properties, and then eventually, I began buying notes. It took me way too long to figure out that a lot of good deals come from the banks, but I had learned about the opportunity as a real estate agent selling those deals to other investors.

Related: Here’s the Biggest Mistake I Made Starting Out in Real Estate: What’s Yours?

When I started buying notes from the banks, I realized that they had more deals than I had money, and I started to become less and less concerned with deal flow. I wish I had learned about buying bank-owned properties and notes earlier, as the availability of deals would’ve enabled me to leverage more money.

This all being said, raising capital was one of the best skills I ever learned. This became more and more evident after I started using private placements to raise capital for commercial real estate and later on for notes. If you take care of your investors and you do things right, you'll have the use of their capital for years and years to come.

What would you have done differently with your real estate investing?

Solomon Morris Rental Property Investor from Maryland
This is just the kick in the butt I needed!

Paul Jordan from Atlanta, Georgia
I feel like I want to get into multifamily properties but I’m brand new to real estate investing and constantly researching. How would I go about finding a good mentor or mentorship program to get started?

Dave Van Horn Fund Manager from Berwyn, PA
Hi Paul, Thanks for reading! Multifamily is a pretty big leap for someone brand new to real estate. But I would check in the forums to see what programs people recommend (if any) or if there is anyone that works heavily in the space that you could reach out to. Best, Dave

Frank A Piccirillo II from Bridgewater, New Jersey
Great read, really lit a fire for me today Dan! I’m 27 and I’ve been really diving in to REI since the beginning of this year, so the more I hear stories, advice, and accounts like this, the sooner I feel I can dive in and get my first deal done. OPM is a bit scary but I’m getting more comfortable with it each day.

Ben Kornblatt
Hi Dave, Thank you for your post. I was wondering if you could help point me in the right direction. I am interested in learning more about 2nd notes and 1st notes you mentioned above. I am interested in expanding my portfolio and wondering if this is something I should look into now. I currently own and manage two single family townhouses. These were acquired with personal residential loans and I’m saving up for the next property. I’m wondering if I should continue with these SFU or look at MFU or potentially another avenue. Thank you for any advice you wouldn’t mind sharing with me. Thank you, Ben

Dave Van Horn Fund Manager from Berwyn, PA
Hi Ben, I’ve actually written a full length book in conjunction with BiggerPockets Publishing that could help point you in the right direction. In it, I walk readers through my own personal journey as a Realtor/SFR investor to how I came to institutional note investing…using case studies of creative financing and note deals along the way. If you’re interested, you can find it here: https://get.biggerpockets.com/noteinvesting/ Also, if you ever have any specific questions feel free to PM me. All the best, Dave

Casey Murray Investor from San Diego, CA
Thanks for sharing your experience, Dave! That was a great read.