I Missed a Single Phone Call & It Cost Me a Deal: Here’s What I Learned 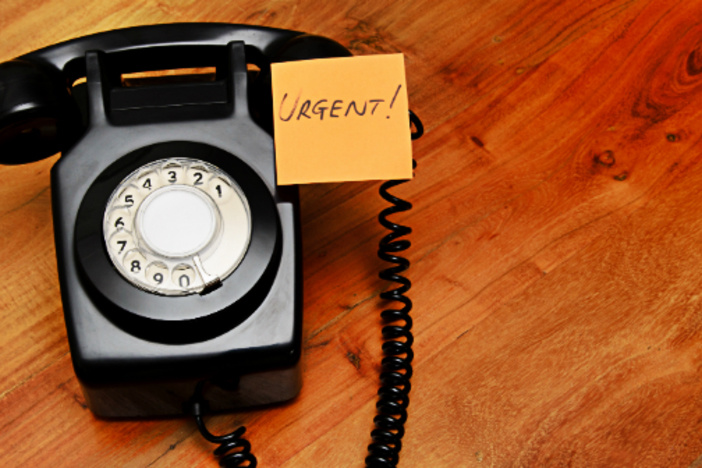 In real estate the length of time it takes you to respond to leads can often determine the outcome. Whether it's a positive or negative outcome is up to you. Unfortunately the story I am about to share is a lesson I learned the hard way, and I wanted to let you know to make certain no one repeats this going forward. To put it simply, missing a phone call cost me a bundle of opportunity.

Sometimes when I am out and about, I will temporarily transfer my Google Voice number so it redirects to the number of my choice, usually my wife or an assistant. It’s a great feature, and it’s free with Google Voice. I am a strong proponent of using technology to advance, automate or make my business more profitable — and I want to be clear the technology is not at fault here. I am.

Let’s begin a few months back before this happened. I was contacted by someone who had received a letter I’d sent out. This particular lead I had been marketing to several months at this point. In my database this was a property that had been flagged due to multiple claims by the city for dilapidated fences and overgrown vegetation. Red flags such as this play a critical role when I attempt to produce a database of leads. This is usually a clue that the house may be abandoned, especially if it has an absentee owner, which was the case for this property.

Related: The One That Got Away: The Top 8 Reasons I Lose Out on Real Estate Deals

This property was fairly close to me so I decided to go ahead and drive for dollars in this neighborhood while checking out this particular property. In the first few letters I had sent her, I included a current picture of the subject property as it was when I drove past it. I took a few shots showing how the backyard fence was beaten up and numerous posts were missing. You could see the tall grass through the missing parts. It must have been knee high or deeper. This house was a prime candidate for a flip or wholesale deal, as long as we could come to a mutual agreement on the numbers.

I received a call back in late October from the postcards that I had been sending this lead. I answered the phone and started to talk to the owner. She was an absentee owner who lived over in Lubbock, Texas and had a property in Fort Worth. For reference, that’s about five hours from the subject property. Needless to say, with that sort of distance it’s difficult to keep tabs on what the house looks like. She let me know that she would be visiting the North Texas area the following week and would meet with me and a few other investors who had mailed her. So I went ahead and scheduled the appointment.

Once we met for the appointment, the seller must have at least known that the inside wouldn’t be a pretty sight because when I asked if she would like to join me on the walk-through, she politely declined.

Inside the house it wasn't much better than the rough exterior. I don't know what causes houses to end up looking like this or what circumstances lead up to this, but there was junk piled across the whole floor in every room. From tricycles to old cereal boxes, there was litter everywhere. You couldn't walk without stepping on junk or trash. In the back corner of the living room, the junk pile was so large it was almost touching the ceiling. According to the seller, this was not a hoarder house. At the end of the appointment, I asked if she would like me to make an offer on site and go over her options. She said she wasn't quite ready to sell or go over all the paperwork and let me know she would contact me back when she was ready.

The Call that Cost Me a Bundle

In competitive housing markets like Dallas – Fort Worth, you are rarely the only investor or real estate agent mailing someone. More than likely, you will have competition, so consistency is important, but equally important is taking your calls live or returning the calls as soon as possible. Every moment that elapses is another for your competitor to be called up instead of you. When a seller finally decides enough is enough and it's time to sell, they will likely be going rapid fire from one marketing piece to the next. Much like an emergency when you have a plumbing leak, you are not going to patiently wait and continue to redial or leave voice messages when your bathroom is practically underwater. Instead, you will call the next person listed in the Yellow Pages or Google search.

Related: 3 Valuable Lessons I Learned From Backing Out of My First Fix & Flip Deal

When this seller changed her mind and decided to finally call, there was a great sense of urgency. She was going back to Lubbock, and her time up here was drawing to a close. At the time she called, I was at another appointment walking through the house with a client. As I alluded to earlier, I will often put a redirect on my Google Voice phone number. This will usually redirect to my wife or an assistant. The problem? I accidently disabled the redirect in the settings somehow. By the time I was able to return her call, it was nearly 45 minutes later. She already had another investor at the house writing up her contract.

The moral of the story: Always make sure you take your calls live, or follow up with them as soon as possible. Set up whatever systems you need to for automating the process, whatever makes it easier to answer your calls in a timely manner.

Investors: What deals have you let slip through your hands? What did you learn?

Terry Martin-Back
Chris, it has happened to all of us. The good thing, there is always a deal waiting out there, in every economy, every neighborhood and he who is the fastest, gets the most-est. Good hunting, I wish you success for 2016!

Ariel Cohen Investor from Valley Stream, New York
Rather than manually redirecting your call you can use technology that will redirect your calls automatically if you don’t pick up. I use RingCentral which can call multiple numbers sequentially or simultaneously.

Miguel Nieves from Kissimmee, Florida
What is WUPHF?

James R. Investor from Milwaukee, Wisconsin
Dawn A. is a fan of the t.v. show “The Office”, referencing her mention of “WUPHF”. On the show, a temp. employee named Ryan, came up with an app that when a person receives a call, email, text, etc. the app would link all social media accounts including Facebook, where one would see the message. It is fictional, as far as I know, but hey, that could be something to look into making REAL.

James Green Wholesaler from Waldorf, Maryland
@CHRIS FELTUS, I had something similar happen to me & it would of been my first deal. I had sent out my first mailings. For this mailing I had setup a new Google voice #, that would go direct to voicemail. The other google voice # I have, rings directly to my cell #, but since this was my first mailing & I was new to the business I didn’t want to “talk to the seller” out of the blue during the day. Unfortunately this meant I needed to check my vm, several times a day everyday. Well I did this for a month, then some family issues came up. So for 2 weeks I was not focused on business. Then on a Friday evening (I remember it clearly) I “remembered” I hadn’t checked my google vm, so I did, not expecting anything. Well the caller said “James would you PLEASE BUY MY HOUSE, JUST MAKE ME AN OFFER, ANYTHING!!!!!!!” I immediately thought it was a joke from a friend. I listened to it several times “trying to catch the voice”, then realized no one has this number but owners I sent letters to! AAHH. Now this was past 11pm on a Friday night, so I sent the caller a text saying “I’ll call you in the morning”. She replied back “who is this?” I then checked the timestamp of the call & it was from the week before!!!! AAAHHHH! I texted back telling her, “sorry I’ve been unable to return your call about buying your house” She texted back – “No problem, I sold it, thanks!” I now have that google voice account setup in my gmail account on my phone, so I know immediately when I get a call on that line.