An Investor’s Analysis of the Buy & Hold Real Estate Market for Houston, TX 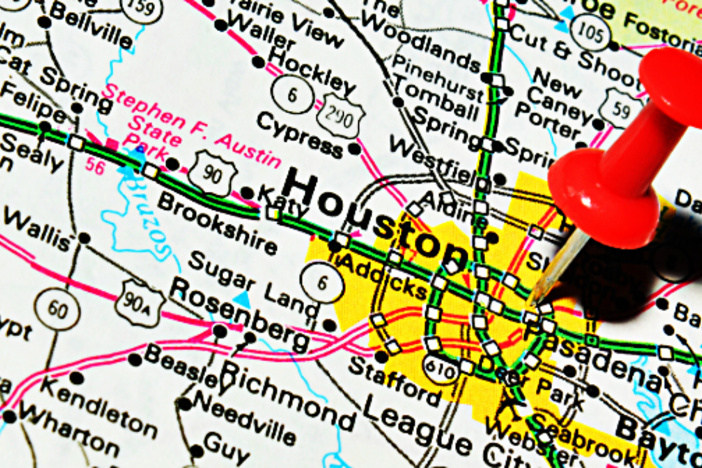 One of the questions on everyone's mind when it comes to the current real estate market in Houston is how strains in the energy sector, particularly related to the oil patch, could have an effect on investments.

Thankfully, the most recent report released by the Houston Association of Realtors with March 2016 data shows on a year-to-date basis, home sales are 1.0 percent ahead of last year’s pace, and new listings boosted inventory from a 2.8 months’ supply to 3.6 months. A six months’ supply of inventory is required to have a balanced market.

The good news was reinforced by HAR Chairman Mario Arriaga.

“Overall home sales held steady throughout March, and much of that may be due to an influx of new residents throughout the Houston area even as the energy industry suffered more layoffs,” he said.

There is even better news when it comes to townhomes and condominiums, as sales rose 1.9 percent in March as compared to last month’s year-over-year decline.

Most importantly for property investors, demand for single-family lease homes increased 9.0 percent, and demand for townhomes and condominiums for lease increased by 7.4 percent.

It appears that demand for real estate in Houston is still strong, thanks in large part to the diversified economy that is not solely relying on oil. Young urbanites continue to flock to the area for opportunities and affordability.

Half of Houstonians Prefer a Smaller House With Walkable Amenities

Part of the reason Houston is a great city for buy and hold investors is because Houston is a well-rounded place to live with several up and coming neighborhoods to choose from.

As a buy and hold investor where "cash flow is king," Houston's "hottest" neighborhoods, which offer a concentration of jobs and are still walkable with entertainment and things to do, are great locations to buy property at a relatively low price.

According to the 2016 Kinder Houston Area Survey, “50 percent of Houstonians would rather live in a smaller home in a more urbanized areas located within walking distance of shops and workplaces than a single-family home with a big yard, where you would need to drive almost everywhere you want to go… It’s no surprise that some of Houston’s most walkable areas — Inner Loop neighborhoods like Montrose, Midtown, the Museum District, and The Heights — are also some of the most expensive places to purchase a home.”

If an investor is able to purchase one of the very few affordable homes in a prime walkable neighborhood such as Midtown, high demand for condos for rent in these sought-after areas will help create a short-term positive cash flow situation for said investor. Furthermore, Houston has been recognized multiple times as a city where housing prices are expected to continue increasing over the next few years due to ongoing population growth.

This is definitely good news for investors who take the initiative to invest in buy and hold property in Houston, where there is a strong likelihood of the property being a good investment for years to come.

Investors: What do you think of the Houston market? Is this somewhere you’re looking to invest? Why or why not?

Marcus W. from Houston, Texas
Great overview Lewis. I am looking at potentially investing in the Cypress, Katy and/or Pearland areas. Do you think as Houstonians continue to shift their mindset about living closer to downtown, and new condos/townhouses are being developed, that demand in these areas may decrease? Or is that not a concern that should cause someone to avoid the area in today’s market, and population growth can help maintain stability even with the change in mindset. Would appreciate speaking further as well! Thanks, Marcus

Account Closed Investor from Houston, Texas
As somebody that is actively rehabbing and flipping houses, I’ve looked at rentals in the Houston area and I just can’t make the numbers work! I’m buying at steep discounts, doing my own work (with a crew), and when I run the analysis using top of market rents, the returns don’t seem to be worth while. Texas has pretty high real estate taxes, so that’s one issue. They are particularly high on non-homesteaded properties where the increases aren’t capped. I’m curious to see some specific numbers or analysis. I’d love to own more rentals (I do own one in Houston). It seems to me that you need rent of 1.3% of purchase price or higher to justify renting in this market. Am I wrong?

Louis Conrad Professional from Houston, Texas
You are so right Matt. My partner and I have a company doing the rehabbing and flipping of distressed properties and at the end, we were making money but not enough to justify all the time and capital involved. See my response above to Marcus. One can make an annualized ROI of 15% per year with a rent lower than 1.3%. If you need 1.3% it will be too hard to find deals. That is why we created a very detailed Real Estate Investment Opportunity tool because one needs to be sharp in its financial analysis. Register on our website and we will be able to invite you at the seminar which will be held in person and online for those who cannot attend in person.

Bret Faszholz Rental Property Investor from Miami, FL
Informative article Louis, thanks for posting. I’m buying single family Houston properties now, but my criteria isn’t necessarily neighborhoods inside the loop (too pricey) but looking outside in North and West areas in good school districts. Great school districts command higher rents and all homes are newer construction (2007 or later). Good to see someone else is bullish on Houston investing!

Louis Conrad Professional from Houston, Texas
Hello Bret, We have been very successful recently in selling brand new Midtown condos to investors. Prices started at $145 000. Please check the answer above that I gave to Matt and thanks for your comments.

Malik Roley from Houston, Texas
Very informative article Mr. Conrad. I plan on investing in the area within the next few months and this was a major concern of mine. What is your outlook on the area that will soon be Generation Park?

Bret Faszholz Rental Property Investor from Miami, FL
Thanks Louis. I’m interested in finding out more and reached out via your site.