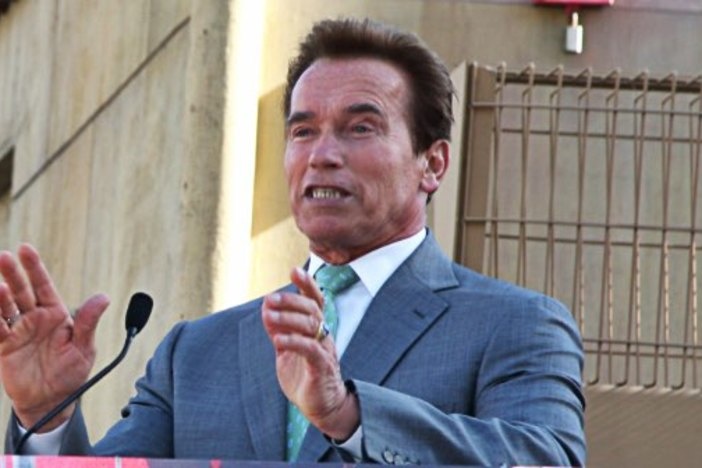 So how do you become a formidable legend like this in real estate yourself?

Arnold Schwarzenegger recently resurfaced on the cover of the May 2016 issue of Muscle & Fitness, in all his peak bodybuilding glory. He has been a philanthropist, politician, film star — and investor.

At just 20 years old, Schwarzenegger won the Mr. Universe title. He went on to win Mr. Olympia seven times. “The Arnold” continued to be a part of benchmark fitness competitions years later.

Many don’t know that Schwarzenegger started out early in real estate as a bricklayer. He invested those wages into a mail order business. He also invested the money , along with bodybuilding competition winnings, into an income-producing apartment building. His real estate investments have grown significantly since then, giving him an estimated net worth of as much as $800M.

Arnold differentiated himself as a legend in bodybuilding not only by doing hard work and lifting heavy things. Instead, he constantly tested new techniques and refined his craft. He found it was the finer techniques and individual methods that worked best and really made the difference.

Related: This Lesson From My Mastermind Group Completely Changed My Real Estate Business

Get your mind right.

He also had the right mindset. That included a big vision developing mental toughness. This industry isn’t easy. You have to have that vision — or at least something to keep you self-motivated when it gets tough. Arnold had the vision of the perfect body, of titles and medals, and of a big empire built on real estate. For me personally, it’s my daughter who keeps me going when times are tough, as well as leaving a good legacy once I’m gone. But ultimately it’s providing for her, being able to give her things and opportunities I never had growing up. It’s also about having the freedom of time to spend quality time with her and being there when she needs me. Everyone has to have something that drives them through those tougher days.

Of course, Arnold also clearly realized that just being in shape wasn’t enough to hit his goals. He saw the importance of being in the spotlight and controlling the media, too. That meant he had to take action and get out there and put himself in the game — and in competitions. He competed, ran political campaigns, became the editor of several magazines, and has even starred in reality TV shows. He still has his own website and blog. Along the way, he has always been incredibly generous about sharing the results of his errors and successes with others.

Finally, and perhaps most importantly, he has successfully embraced change. He had different training tactics for on and off seasons. And he has progressed through various seasons of life and career. He is still reinventing himself today. In real estate, you might start out as a property scout for a mentor, then rehab your own houses, get into landlording, then one day try your hand at crowdfunding and lending the capital you have made. Don’t be afraid to evolve, grow, and diversify with time.

What do you think we can learn from Arnold Schwarzenegger’s memorable career?

Jerome Kaidor Investor from Hayward, California
I read that Mr Schwarzenegger’s apartment buildings allowed him to break into the movie business. He was able to pick and choose his roles & projects, because he had that income.

Sterling White Rental Property Investor from Indianapolis, IN
I was not aware of this. Thank you for the insight, Jerome!

Simen Gundersen Investor from Oslo, Oslo
Great article. If you look at pretty much anyone who has created wealth you will at one point find Real Estate on their list of things they did to accomplish it

Douglas Skipworth Rental Property Investor from Memphis, TN
Great post, Sterling. Just two weeks ago, I listened to Tim Ferris’s podcast interview with Schwarzenegger. I was unbelievably impressed with how intentional and determined Schwarzenegger has been over this life. There is no doubt we can all learn lessons from his successes (and even from his failures). Thanks for sharing.

Sterling White Rental Property Investor from Indianapolis, IN
That was a great interview. What were his biggest failures he mentioned if you recall, Douglas?

Douglas Skipworth Rental Property Investor from Memphis, TN
I don’t recall him mentioning the failures, but I was thinking about his marital issue from a few years ago.

Stan
Several things that really helped Arnold was that Southern California was really bustling at the time and he also personally knew people who had made money in Real Estate who acted as mentors to him. If a region or city is really growing there is only going to be so much land or so many buildings available. The opposite of course is a region that is losing population with subsequent declines in property value. You can’t though just buy any property in a growing area and expect to make money. You need to do your homework and find the right property as Arnold tended to do. Arnold basically had the devotion of a monk when it came to bodybuilding, I’m sure he was just as serious when it came to Real Estate Investing.

Stan
Several things that really helped Arnold was that Southern California was really bustling at the time and he also personally knew people who had made money in Real Estate who acted as mentors to him. If a region or city is really growing there is only going to be so much land or so many buildings available. The opposite of course is a region that is losing population with subsequent declines in property value. You can’t though just buy any property in a growing area and expect to make money. You need to do your homework and find the right property as Arnold tended to do. Arnold basically had the devotion of a monk when it came to bodybuilding, I’m sure he was just as serious when it came to Real Estate Investing.

Stan
Here are some things I learned from people who became very successful in their respective fields. When they were starting out Mick Jagger of the Rolling Stones had a philosophy that getting drunk, doing drugs, and chasing girls when you as a bandmate should be practicing your chords and listening to your Muddy Waters was tantamount to treason. Mick would kick you out of the band. As young musicians you have practicably no time to become world-class and if you aren’t totally devoted you will get beat by a band that is. Parties, fun and girls came after you made it big and not before. Gordan Ramsey was the first to arrive and the last to leave at a workplace and he showed up and worked on his days off to gain more knowledge and experience. His mentor Marco White would stand out in the cold and do work that others wouldn’t when he was training as a chef. The band Lynyrd Skynyrd use to practice 14 to 16 hours a day for 6 to 7 days a week before they made it big. No one really teaches this because it’s not what most people want to hear, that to be successful in pretty much any field you have to work extra hard and be like the suffering Christ on the cross and not the conquering hero.