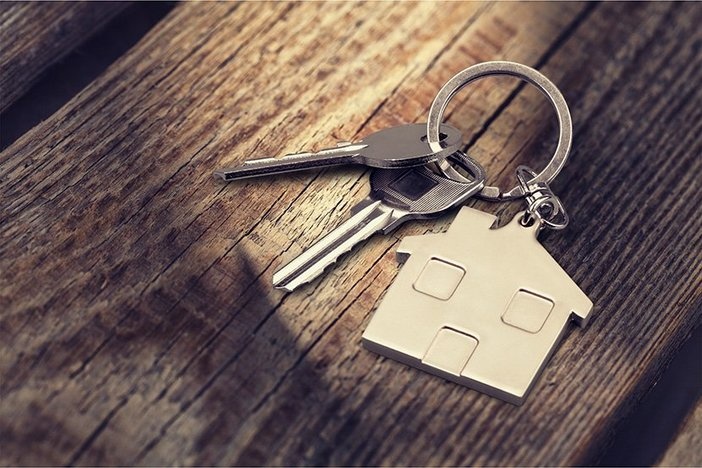 You read it right.

Uri Rafaeli is a small-time single-family home investor in Michigan. He's a retiree using single-family rentals as a way to make ends meet. Like many BiggerPockets investors, he's not backed by a corporate staff who dot every "i" and cross every "t."

Who would have guessed he would lose his property over $8.41 in back taxes?

This could happen to any of you. Read on to make sure you’re not a victim.

Like many smart real estate investors, Rafaeli saw the last recession as a great time to buy. He acquired a single-family home in Southfield, Michigan, for $60,000 in 2011. Southfield is a mostly nice suburb north of Detroit.

After fixing up the home, this retired engineer put it on the rental market. About 30 months later—without his knowledge—the home was auctioned off for $24,500. All because of his $8.41 delinquent property tax bill.

Rafaeli, now 83 years old, lost the house and his income stream. And the county pocketed the proceeds from the sale.

He’s not alone. Over 100,000 others have lost their homes this way in Michigan alone. This all stemmed from a 1999 law that was passed to help Michigan streamline the process of repossessing abandoned homes in the wake of Detroit’s economic woes.

Related: Professional Property Management vs. Self-Management: A Look at the Pros & Cons

When I lived there 20+ years ago, we heard there were 15,000 abandoned homes and buildings in the city of Detroit alone. I understand the problem.

Even if Oakland County had paid Uri the $24,500 minus $8.41, this figure would pale in comparison to his $60,000 investment plus repairs. And it would not compensate him for years of lost rental income and the fact that this home has approximately doubled in value since 2011.

In 2012, Rafaeli was notified that he had underpaid his 2011 property taxes by almost $500. He made his following property tax payment on time and attempted to settle the debt with the county a year later, in January 2013. Unfortunately, he did his own calculations of interest and penalties. He was $8.41 short of the county's figure. This bill ultimately grew to $285 with penalties and additional interest.

Oakland County tried to collect the debt on numerous occasions. They mailed notices to the property address, and these notices were apparently discarded by the tenants.

They also mailed notices to Uri’s personal address, but he had moved out of state and forgot to notify the county. Apparently the county didn’t have the automatic address update feature with the USPS.

In 2014, the county seized this home along with 11,000 others and put them on the auction block. Someone got a steal on this one!

Rafaeli was unaware of all this and continued to make annual property tax payments. He realized something was amiss when he stopped getting rent payments from the tenants… who no longer lived at the confiscated home.

Both the county court and the court of appeals ruled in the county’s favor. Rafaeli has now appealed to the state’s supreme court. It’s expected that the case will be decided by next summer.

So you’re not a Michigan property owner? You may still be a victim if you own property in 14 other states with similar laws.

I think the lessons here are pretty obvious, but let’s review them.

I’m regularly reminded that many investors work far harder than they need to, to make less than they could. Don’t make that mistake.

Have you experienced any investing disasters?  What happened?

David Pere Rental Property Investor from Oceanside, CA
Goodness. That is wild! This is yet another perk of utilizing a registered agent, with mailing address, for all of your LLC dealings. As active duty military I move every couple of years, and sometimes not even in the same country. There is NO way I could ensure I was keeping tabs on my mail without the assistance of my registered agent (father-in-law).

Paul Moore Investor from Lynchburg, VA
David, That's a great point, and I wish I had included it in my article. Thanks for weighing in!

Adam Bell
Just saw that the state Supreme Court ruled in favor of the investor and called it what is: theft by the government. Here's the article: https://www.detroitnews.com/story/opinion/2020/07/24/opinion-michigan-supreme-court-rules-counties-cant-steal-house-values-tax-sales-home-equity-theft/5492810002/

Paul Moore Investor from Lynchburg, VA
Adam, Hey my friend, I'm glad you caught this and weighed in. This is a happy surprise... justice was done. Thank you!

CJ Hawk from NorCal
Updated before this article... Michigan Supreme Court ruled it unconstitutional and going back to trial court for reparations. https://www.detroitnews.com/story/opinion/2020/07/24/opinion-michigan-supreme-court-rules-counties-cant-steal-house-values-tax-sales-home-equity-theft/5492810002

CJ Hawk from NorCal
and....be sure to look at a post 4 hours before your draft. Good catch adam. (no delete function BP?)

Yuko Tanaka
Great article, but I'm still reeling from that little story you snuck in there about your wife's uncle dying from having his tooth pulled in a bar. What?! I'm glad Uri will ultimately be getting his property back. Not an ideal situation for anyone--Uri or the investor who bought the property from the county.

Paul Moore Investor from Lynchburg, VA
Yuko! Just for you, I'm going to write a whole article on my wife's uncle. Watch for it! :-)

Gabriel Galarza
Just my humble opinion. The home owner found out he had lost his home outside of the redemption time frame? Even if the county failed to notify him, the new purchaser was to notify him via mail and/or public notices. Also, the excess funds should be available to the owner loosing the home. Unless the allotted time frame has been surpassed. Here in GA the county will forward the the surplus To the DOR after 5 years. Unless the home owner has a lien recorded against the property, he should be entitled to the overage from the tax sale.... he should take this to court.

Paul Moore Investor from Lynchburg, VA
Good thoughts. The rules are different in Michigan. That is why this is such an outrage! Glad the Suupreme Court of MI overturned it.

Erik W. Real Estate Investor from Springfield, MO
According to the information in the article, it sounds to me like the tax sale process was conducted correctly. If the original owner gets the property back simply because it was a small amount owed originally, that will open the door to a flood of claims as far as how little is "too little" for the county to sell the property, and trust in the process will be undermined. People who want to invest $60K have many options, and if they can't keep up with the demands of real estate ownership it would be wiser of them to try something else. People have lost much more than $60,000 overnight in the stock market by not paying attention, but no one says that is unfair. Why then with a house?

Grant R. Rental Property Investor from Warsaw, IN
Erik, good thoughts. But boil it down to this: the owner owed ~$300 to the city. The city took ~$25,000, plus equity, and kept it all. Hopefully you wouldn't invoice someone for $10, but take $1,000 from them. That is theft. Without proof that the city deserved all that excess, then the judge was certainly correct in revisiting and correcting this issue. It's great to hear about checks and balances in government actually functioning.