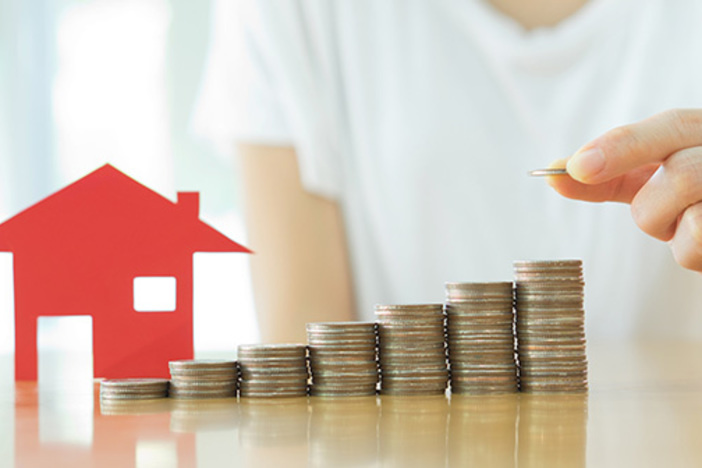 The big buzz in the media right now is what impact the next presidential election will have on everyone. For many of us on BiggerPockets, another concern is how it will impact our real estate investing, let alone jobs and the overall economy.

By this, I don’t just mean buying low and selling high. It’s about setting yourself up during an up market to not only survive, but also to succeed in the down market.

So, regardless of the outcome of the election, being prepared for any market is a better strategy than worrying about the future. After all, isn’t it better to know how to make money in any and all markets?

My grandfather was one of the only family members of mine who had ever invested in real estate. People say he was very handy and was able to fix just about anything. One time, they said, he even replaced his own sewer line by digging up the front yard by hand. Maybe that’s why he died at such an early age, as I was only three years old when he passed away. It was tough for me to figure out what his investing strategy really was, but I do know some things about him that I can piece together.

He had immigrated to the United States in 1925 from Ireland, mainly looking for work, and he spent some time in upstate Pennsylvania working in the coal mines before settling outside of Philadelphia to work in oil refineries.

He was also a farmer. His neighbors told me how great it was that he grew food on a vacant lot at the end of the street, giving them all free surplus food that he cultivated in the evenings after working all day at his day job.

But the way he built his wealth was not just by working really, really hard. A big driver was his real estate investing strategy.

They say the best time to buy real estate is when there is “blood in the streets,” or in other words, when the market has really crashed. When the Great Depression hit, my grandpop was one of the few people who still even had a job as a pipe fitter. More importantly, he didn’t believe in or trust banks. He was more of a “money in the mattress” type of guy.

So, even when the market was bad, he had already saved up enough money to go out and buy a couple of duplexes. He must’ve gotten a great deal on them, and he kept them as rentals until selling them off in retirement due to his health. But whether my grandpop really knew it or not, it’s all about access to cash in a down market.

Obviously, when markets change, you have to be able to change with them.

If you have plenty of cash flow and liquidity, gaining access to cash may not be a big concern. But let's look at the last real estate downturn.

Many real estate investors who invested for appreciation instead of cash flow lost their money. They were growing too fast, had too little reserves, had maxed out their properties leverage wise (with high LTVs), and had little access to cash when the banks decided to tighten things up. Underwriting became very strict, appraisals were coming in low, rents were stagnant, and it just wasn’t pretty.

With all the short sales in the market, it was a great time for anyone with cash to be buying.

Sometimes, we have to change the type of property or products we invest in. For example, my buddy switched to commercial student housing when the financing got so strict with single family residential mortgages.

He made the shift after meeting with bankers to determine what they preferred to lend on. Since commercial financing requires a larger down payment with a lower LTV, it’s much safer for the bank.

Related: Which Politician Pitched a 25% Tax on Flipping Houses?

With commercial real estate, appraisals are based more on revenue than on comparable properties nearby, unlike residential. Also, any down payments, closing costs, and renovation money for commercial real estate could be raised through additional debt or equity, such as seller financing or capital raised from private investors.

In an up market, it's easy to make money with prices and rents going up and the economy and jobs booming. It's the down markets that are tougher. But whether you fix and refinance or just buy and hold, if you have solid cash flow per month, it's not game over if the real estate market declines and values fall, since you can collect plenty of rent to cover your principal, interest, taxes, and insurance (or PITI). It's just that it's hard to sell, and you may have to wait until the market turns back around. Timing, timing, timing.

So, how will the next market cycle impact your investing strategy?

Jerry W. Investor from Thermopolis, Wyoming
Dave, Good insight into how to cope in bad times. Every investor looks like a genius when the market is booming. You have to plan for both. I have seen 3 really bad busts in my area over the last 40 years. I was too uneducated and too broke to take advantage of the last two. I am trying to be smart in the one we are going into now in my area. There is a real fear of being unable to rent property due to so many folks not having jobs. We will see.

Dave Van Horn Fund Manager from Berwyn, PA
Sure thing, Jerry. I think it’s all about what we make of it. Best of luck in your area. Thanks for reading, Dave

Chris
I love down turns! I’m looking forward to the next one, I don’t like up markets to much competition.

John Cheng
Great reminder, Dave. Not enough of us plan for the worst, I think.

Mark Pace from Saint Petersburg, Florida
I bought my rental properties in 2009-2011. I bought properties that needed TLC and had instant equity after repairs. Now 5 years later the values are way up and I am considering selling a few off in 2017 and raise some cash for the next downturn.

Christopher Smith Investor from brentwood, california
That was my strategy. Bought heavily into the housing crises (2010/2013) in CA, houses that sold for 700 to 800, were selling for 250 to 300, what a dream. It was like shooting fish in a barrel if you had the constitution to ignore the panic and fear obsessed crowd. I owe my upcoming comfortable retirement to those days

Wenda Kennedy JD from Nikiski, Alaska
You're right. Timing is everything. It also takes a steady hand and a lot of common sense. I too have seen the market's several rises and falls over the last 40+ years. A lot of people have come and gone in the real estate business. Many have ended up in bankruptcy court with nothing left but their broken dreams and bad credit ratings. Then there are those who had the vision, self-control, and ability to plan. They keeping on going forward, making money, no matter what the market does.

Frank Boet from Miami, Fl
Timing and time are the two most important things in real estate.

Brad Shepherd Syndicator from Austin, TX
I timed the last downturn perfectly wrong. Nailed it. Sold a bunch of houses at top of market and then dumped all that cash into a primary residence. Moved two years later when the market was still terrible. I would have loved to have all that cash to pick up properties on the cheap. Lesson learned. And, as a member of The Church of Jesus Christ of Latter-day Saints, being big on family history, I loved seeing a real estate lesson learned from your family roots! Very cool.