Here’s What It Takes to Succeed as an Entrepreneur 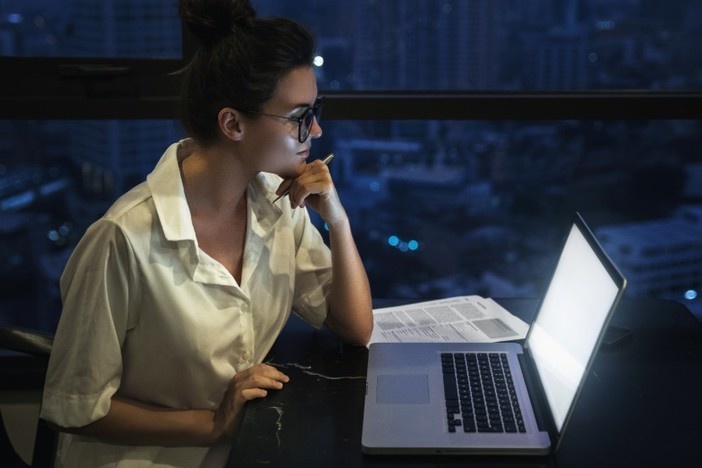 What I Learned About Entrepreneurship From Josh Dorkin

A lot of venture capitalists were telling him he was stupid and that his business would never gain traction. If you’re not willing to put in potentially years of hard work and effort, then you probably don’t have what it takes to be an entrepreneur. Most entrepreneurial ventures don’t even succeed in the first year. You need to be willing to stick it out. (The same is true for multifamily investing.)

Related: 10 Tips For Leaving Your 9-5 and Adjusting to Life as an Entrepreneur

If there’s one thing I’ve learned from BiggerPockets—especially from Josh—it’s that you need to put in the time. And trust me, it takes a lot of time. It’s not like you work for six months and then, poof, you’re rich! You need to put in years and years. There are times you’ll make a lot of money, and other times where you don’t.

See Josh persist has had a big impact on me, especially when it comes to my investing career. I have to remember to be patient. An example is how it’s been one month since we got a mobile home park under contract. And it’s tiring and I’m asking myself, “When will this pay off?” Patience is vital.

What has been your biggest obstacle as an entrepreneur—and how did you overcome it?

Don Spafford Investor from Idaho Falls, ID
Great message for everyone. So true! Thank you Josh for sticking with it as so many of us have started and built our investing portfolios solely on what we've learned from BP. Without it many of us would never have started. And I miss seeing and hearing Josh on the podcasts. Good times...

Luis Vilar Rental Property Investor from West Palm Beach, FL
Something I struggle with but learning to deal and accept it. Great post.

David Pere Rental Property Investor from Oceanside, CA
@TheBeard, I agree completely. Having dwelled in the BMW (below minimum wage) phase for the last two years, it is definitely not fast. It is worth it though, if you stick it out. This is a short, simple post...with an extremely profound message!

Phil Baker Investor from California / Costa Rica
Hi Brandon – I overcame obstacles to financial freedom by connecting lessons learned studying martial arts to achieving financial goals (life goals as well). Making the first million in real estate over 35 years ago enabled spending 10 years doing something that has brought zero financial gain: Documenting Twenty Rules of Winning. Not by sitting in a basement in boxer shorts but by laying out on my deck overlooking the ocean - in boxer shorts! What does this have to do with real estate investing? I’ve used The Rules to own a 100-acre Vineyard property and Beach house in Southern California. A Coffee plantation and Beach house in Costa Rica, and a 40-acre avocado orchard in Bucaramanga and partial ownership in a Penthouse in Medellin Colombia. Four of the Twenty Rules of Winning: 1 - Don’t Stop – This rule enables time to evaporate and your goal suddenly appears. 2 - Use What Happens for You – See every event as an opportunity to create your next productive move. 3 - Know the Wild Within – Feed on the passion that knows no failure. 4 - Never Do Anything of No Use – This rule manufactures time to accomplish your goal. What I find vital is maybe the most important Rule of Winning: Single-minded determination.

Alex Jones Rental Property Investor from Rochester, NY
@TheBeard, Thanks for your insightful article and I totally agreed that it takes hard works and time commitment to build a business and build entrepreneurship mindset. For me, I’m Culturally Deaf myself which mean I depends on American Sign Language interpreters and print materials to acquired knowledge, skills and ability to understand how the real estate investing work! I have many obstacles such as some seminars, local real estate meetups and or online webinars has no interpreter and or captioning or transcripts or any access out there. I have had to buy books, read articles and anything that is reading materials and plus my own action out there in the field is what help me build my real estate businesses. I’m doing well and continue to work hard, putting in the time, effort and just do it. This BiggerPockets platform has play a huge role in providing access for the people like me. Thank to Joshua for his dedication!! If I can do this as Deaf person, anyone can as long as they have the opportunity and able. Thanks you for transcription all your interviews with other investors. Access to information plus hard work and dedication is what it takes to build a real estate businesses.

Nathan G. Real Estate Broker from Cody, WY
It was true for me, as well.y business was basically a job, providing just enough income to make ends meet. After five years, it started to.produce a little extra. At ten years, I am making an insane amount of money, providing jobs for nine people, and growing my investment portfolio. By year 15, I expect it to be self-sufficient with minimal participation from me while still earning a great income. Like a good marriage, it's not always easy. You have to continue working at it and the reward will come.

Peter F Kelly from Toms River, New Jersey
Thank you for the heads up. it is really important to remember it takes time to succeed! This is not a lottery game where you can win in an instant.