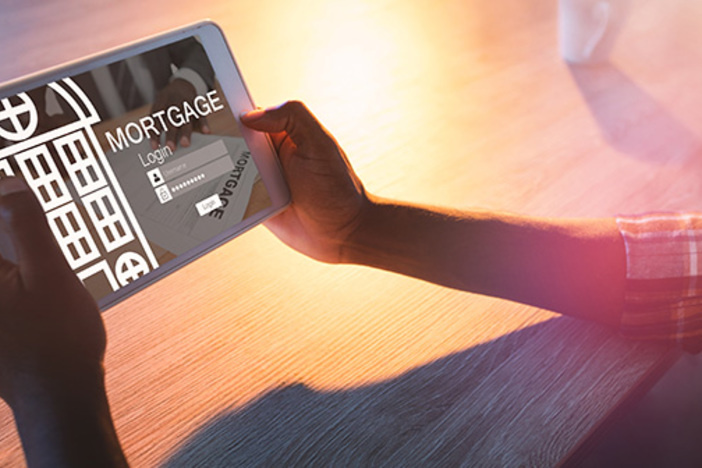 Zillow is interjecting itself further into the the buying, selling, and home-financing process with its recently-added lending arm.

The real estate juggernaut projects it will be making upward of 3,000 mortgage loans a month within the next few years, according to a report by GeekWire.

The new mortgage origination feature, introduced in an earnings announcement last week, is a result of the company’s acquisition of Mortgage Lenders of America (MLOA). Zillow Group finalized its purchase of the Overland Park, Kan.-based brokerage for $66.7 million (in cash!) last October.

Related: 5 Factors to Investigate BEFORE You Buy That Property You Found on Zillow

All Things Real Estate—in One Place

Zillow’s latest move is sparking comparisons in the media to companies like Netflix, Uber, and Amazon.

Now more than ever, consumers expect to be able to access “information and services via the internet, as well as to complete transactions,” Seattle-headquartered Zillow noted in its most recent 10-K filing with the U.S. Securities and Exchange Commission.

The loan offering is meant to do just that, transforming the Zillow platform into a one-stop shop for users to find and buy homes "where, when, and how they want" within a single app.

"Homes are the center of people's lives, the focus of some of their most important decisions, and often their most valuable assets," the 10-K went on to say. "In addition to whether to buy, sell, or rent, [our]consumers frequently make many other important home-related decisions, including decisions relating to home financing and home equity loans."

Related: What Mortgage Lenders Look for When You Apply for a Loan

Branch Into Financing Follows Addition of Buying and Selling

The extension of the scope of its business comes on the heels of other big changes at Zillow. For instance, the company rolled out another new feature early last year, namely buying and selling homes directly through Zillow Offers.

In addition, co-founder Rich Barton has been reinstated as CEO as of last week. Barton, who held the position the first five years of the company’s existence, replaces Spencer Rascoff. Rascoff is stepping aside after 10 years but will continue to serve on the board.

Zillow is the most popular real estate website in the U.S., averaging 36 million unique visits a month, according to May 2018 data from statista.com. Trulia and Yahoo! Homes are the second and third most visited, with 23 and 20 million monthly visits respectively.

While MLOA originated just 4,000 mortgages in 2018, power-player Zillow anticipates being able to scale the operation to a much larger degree, GeekWire reported.

How do you feel about (God)Zillow’s latest attempt to take over the real estate world?

By Jessa Claeys
An editor and copywriter who has spent 10+ years creating content for print and digital publications, Jessa serves as the Managing Editor for BiggerPockets.com.

An editor and copywriter who has spent 10+ years creating content for print and digital publications, Jessa serves as the Managing Editor for BiggerPockets.com.
Read Less
28 Replies

E. Barret Investor from Cleveland, Ohio
I’ve wanted to like Zillow for years now. Unfortunately every single time I refer to it for more than pictures I encounter gross inaccuracies. This occurs primarily with estimated parcel and rent values, but also with sales data and price history– metrics otherwise available on public county websites without discrepancy. I mostly look at B-class urban/suburban in the midwest/rustbelt and assume Zillow must have more valuable information in larger coastal cities. I’m curious to know what other users find. Is Zillow useful for much in your area(s) of operation or have rampant inaccuracies left you similarly disenchanted?

Josh Stack Investor from Cramerton, NC
@E. Barret – It’s a starting point. Google search and Siri weren’t that good in the beginning. Siri still isn’t but do you have any doubt that over time the data will not become more and more and more accurate? If we step back and look at the scale of data that’s easily accessible on Zillow compared to 20 years ago it’s amazing. Carry that forward through extrapolation another 20 years and where are they?

Steve Hartkopf
So in Zillow’s search for profits they will compete against their mortgage lending advertisers and, since they are getting into the buying & selling of properties, they are going to compete against retail realtors, which also advertise on the site, as well as the real estate investors (like me) who use their site. What could go wrong?

Jimmy Jordan from Clarksville, TN
Just think Amazon with their FBA sellers and how Amazon front-run prices against them. Oh ya and how Amazon will underbid them with suppliers. :)

Josh Stack Investor from Cramerton, NC
@Steve Hartkoph – I encourage you to read up on how Aggregation Theory (Ben Thompson, Stratechery) works. In traditional business your point would hold true. In an aggregation model where distribution costs are taken to zero, it does not. It is a bold new world we live in.

Marquez Milton
Thanks for the article. Josh Stack I wonder if Zillow will be able to gain more control of the Real Estate industry before something new and revolutionary changes everything. Then there is State law and regulators. The coming years should prove interesting especially for investors.