All You Need to Know About Roth and Traditional IRAs 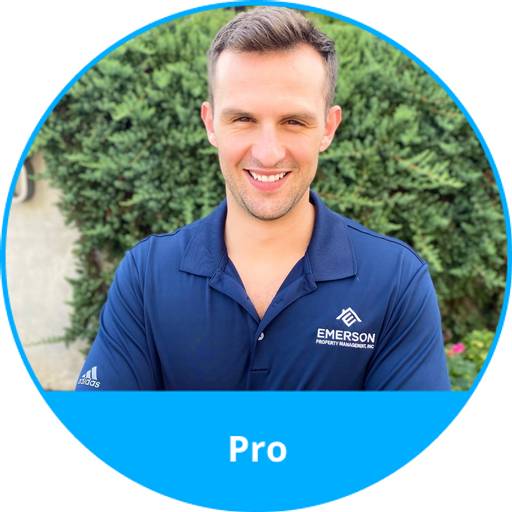 How to Optimize Your 401k (And Avoid the Pitfalls)!

As mentioned in a previous post, Why the 401k Doesn't Work, you must have another vehicle to get you to your goal of financial freedom. Find out below whether you should utilize the Roth IRA or traditional IRA, the differences between the two, what you can buy inside of an IRA, and the contribution limits. Also, for you high earners, learn a trick that allows you to still participate in the Roth IRA.

What is an IRA?

An IRA stands for individual retirement account. IRAs were created in the mid 1970s as an additional retirement option to the 401k. In 2019, individuals, as well as husband and wife, can contribute $6,000/yr ($7,000/yr if age 50 or older) as long as they fall below the income limits (chart below). But like the 401k, you cannot make any withdrawals (without a 10% penalty) from the IRA until age 59 1/2. There are exceptions to avoid the penalty; death, first time home buyer, disability, outstanding medical expenses, or higher education.

There are two types of IRAs; the traditional and the Roth. Even though they are both IRAs, the tax structures are completely different. To put it simply, you either pay taxes now or later; there's no escaping that bastard Uncle Sam.

The traditional IRA is the IRA that is taxed later, when you make a withdrawal, allowing you to contribute today and reduce your current tax liability.

But how can you avoid taxes? As I mentioned earlier, you pay now or later, and in the traditional IRA, you pay taxes later. Using the example above, Howard will pay taxes on that $6,000 (and whatever it has grown to) when he withdraws the money. The amount Howard's taxed will depend on what tax bracket he's in the year he makes the withdrawal.

The Roth IRA works exactly the opposite; you pay taxes now and avoid them later, allowing your investments to grow tax free.

Don't forget this great quote from Morgan Stanley about taxes, "You must pay taxes. But there's no law that says you have to leave a tip." Learn the rules of the tax game and limit your tax liability as much as possible. "Its not what you make that counts, it's what you keep."

Below are some other common differences between a Roth and traditional IRA. 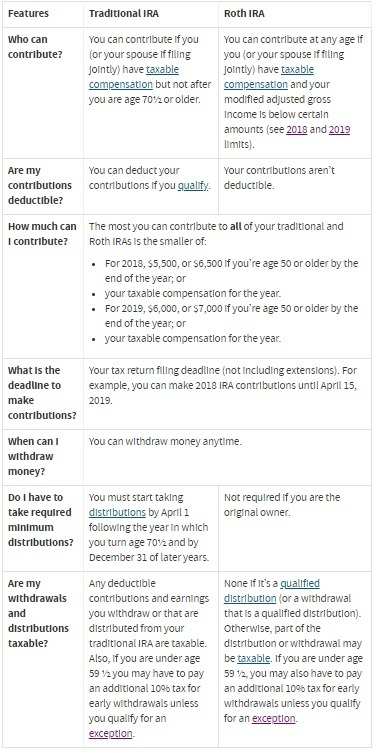 What are my options if I make more than the income limit? 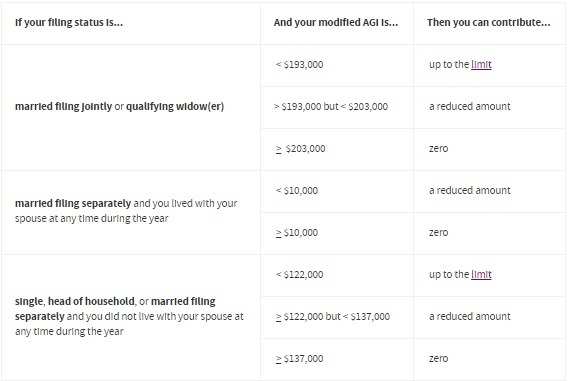 At the time of this writing you can convert a traditional IRA to a Roth IRA and only have to pay taxes on any untaxed amounts. Remember in a traditional IRA you pay taxes when you take the money out, not when you put money in. Therefore, to make this conversion be prepared to pay the taxes. After the taxes have been paid the money will grow tax free in a Roth. A piece of advice, talk with someone who is experienced in Roth conversion, like your accountant. The tax laws are continually changing, meaning this option could become obsolete anytime.

What can I buy inside my IRA?

Your IRA will act like any other investment account you open at Vanguard, the only difference, it's labeled either Roth IRA or traditional IRA and has contribution limits. This throws off the illusion that you can only invest in stocks and bonds, which is false. There are several other investment options; real estate, precious metals, private money lending and ownership in a private company. I would be lying if I told you I have taken advantage of these alternative options to stocks and bonds. I just wanted you to know there are other options out there besides the stock market. For more information about investing in the "non-traditional" IRA assets talk with Vanguard, or the financial institution holding your IRAs.

Which should you utilize, Roth or Traditional?

To be honest it will vary on a case by case basis. There may be years when it makes sense to contribute to a traditional over a Roth for the tax deduction, like Howard. Then again if you think your tax bracket will be higher in retirement from income (like social security and 401k distributions) or Uncle Sam raising taxes, then it would be prudent to contribute to a Roth, like Sara. There is a third option most forget; contributing to both. You can contribute to both a Roth and traditional IRA in the same year, as long as the total does not exceed the contribution limit (currently $5,500/yr). For all intents and purposes, you will have to decide for yourself (with the help from an accountant) whether the Roth, traditional or combination of the two is best. 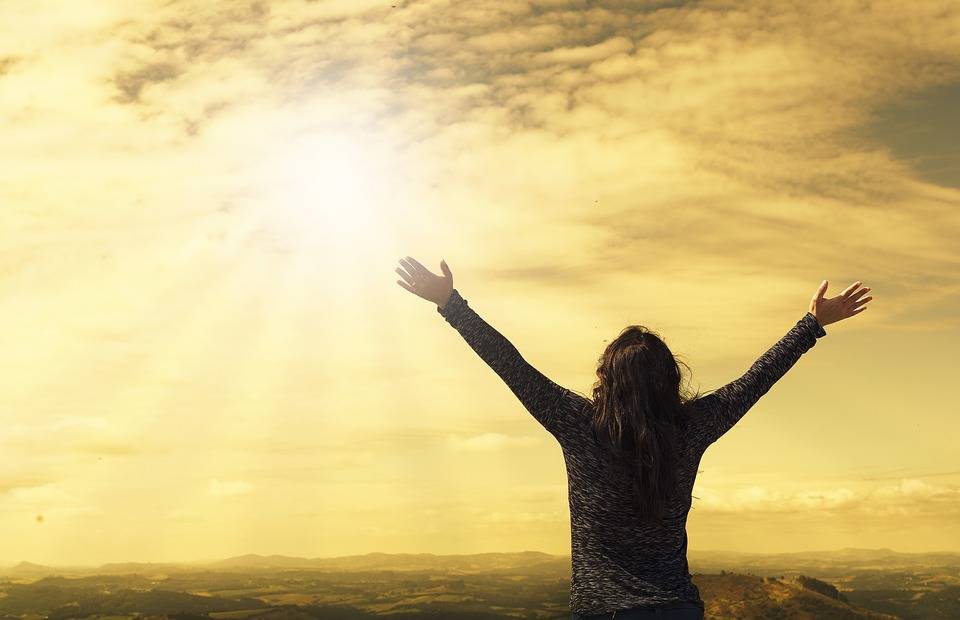 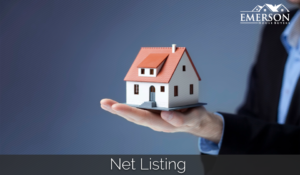 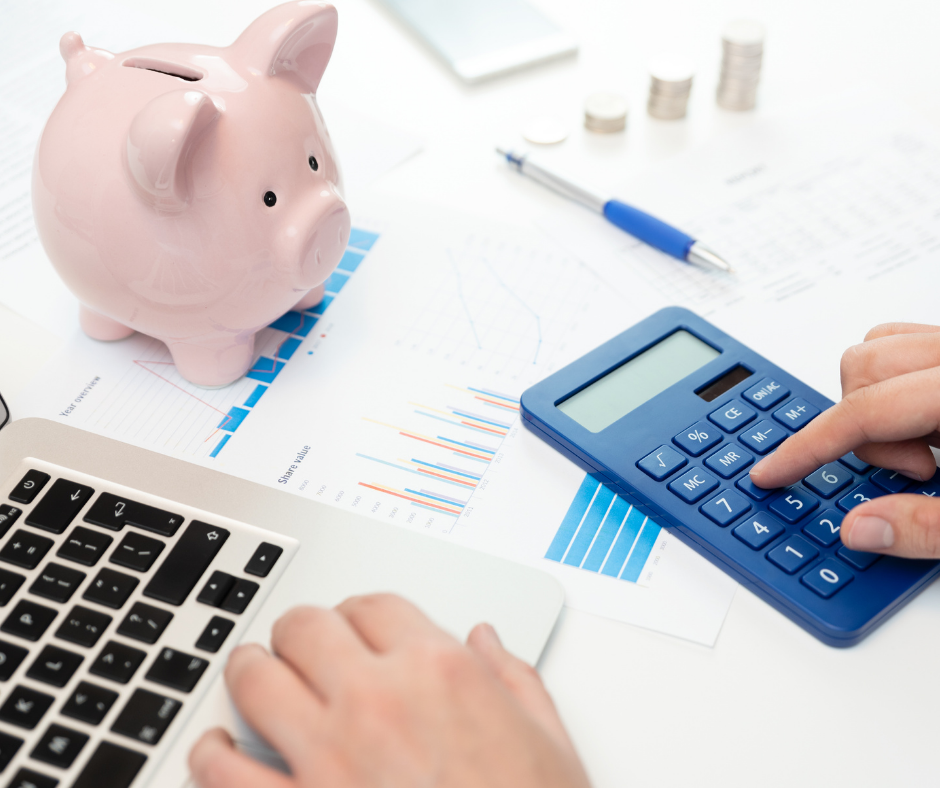