BLOCKCHAIN IS CHANGING THE FUTURE OF REAL ESTATE: ARE YOU READY? 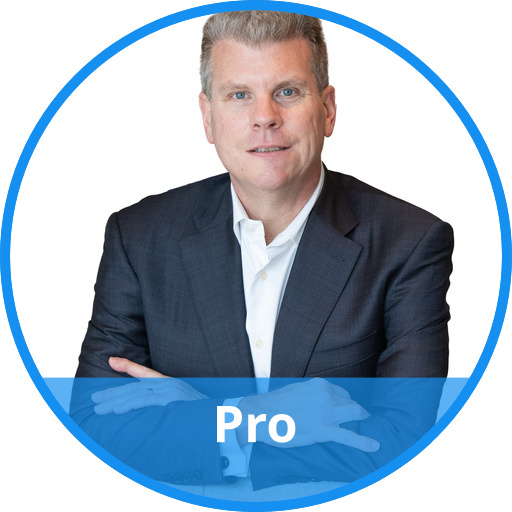 The incredible 2020 rise of Bitcoin and other cryptocurrencies has moved Blockchain technology to front page news and has bankers scrambling to not be left behind in the re-ordering of the financial system. 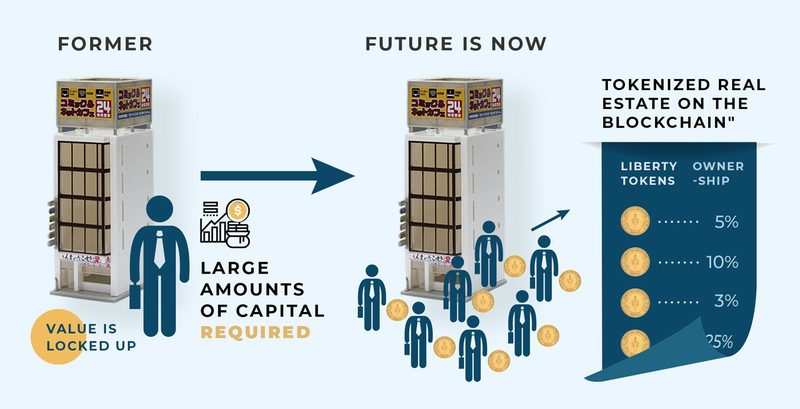 But what is a blockchain? How do they work, what problems do they solve and how can they be used? Like the name indicates, a blockchain is a chain of blocks that contains information. This technology was originally described in 1991 by a group of researchers. It was originally intended to timestamp digital documents, so that it's not possible to backdate them or to tamper with them. It is like a digital notary for authentication.

However it went by mostly unused until it was adapted by Satoshi Nakamoto in 2009 to create the digital cryptocurrency called Bitcoin.

A blockchain is a Distributed Ledger which is spread across a network of computers called nodes. When a transaction is recorded somewhere on the network, the other nodes exam the transaction and verify if the block is allowed to be recorded on the ledger. Once some data has been recorded on a blockchain it becomes very difficult to change it.

Each block contains the data to be recorded, the Hash of the block and Hash of the previous block.

For example, the Bitcoin blockchain for example stores the details about a transaction in each block including the sender, receiver, and the amount of coins. A block also has a “Hash”, which is a unique string of numbers and sometimes letters. You can compare a hash to a fingerprint, it identifies a block and all of its contents and it is always unique like a fingerprint.

Once a block is created its hash has been calculated, changing something inside the block will cause the hash to change so in other words, hashes are very useful when you want to detect changes to blocks. If the fingerprint of a block changes it no longer is the same block.

The third element inside each block is the hash of the previous block and this effectively creates a chain of blocks and its/this technique that makes a blockchain secure.

Why does this matter to real estate investment?

Just like the internet changed the way we communicate, blockchain is the rails of the new financial system. All value will be recorded, transferred and traded on blockchains in the very near future.

The potential to digitize (tokenize) ownership of almost any asset will enable new access to institutional quality investments previously unavailable to the average person.

Just think about the changes in communication since I started as a real estate broker in 1986. We went from paper delivered by mail, to FedEx, to Fax, to scan & email to DocuSign.

Tokens Are Digital Symbols of Ownership

You own a token in the same way you own the deed (or title) to a house or car. With the deed, the piece of paper has no value, it “represents” the value. It is symbolizing ownership of the house or car. Extending the analogy further, the deed to the house is registered with a government or private authority to show chain of title and confirm ownership.

The token is in essence the “deed” or “title” digitally recorded onto the blockchain. A token is a digital asset that cannot be duplicated.

Moving to the digital world, a smart contract is a software program that runs on a blockchain and does the exact same thing as a contract written on paper: a.) specifies the parties; b.) the parties mutually agree (mutual assent); c.) set the terms (offer and acceptance); d.) exchange consideration (pay money, trade or transfer assets); e.) capacity (parties have the rights and control to complete the terms of the contract).

Smart contracts will do the execution of the terms automatically. The language of the Smart Contract can be distilled down to IF THIS, THEN THAT or “ITTT Calculating” for short. 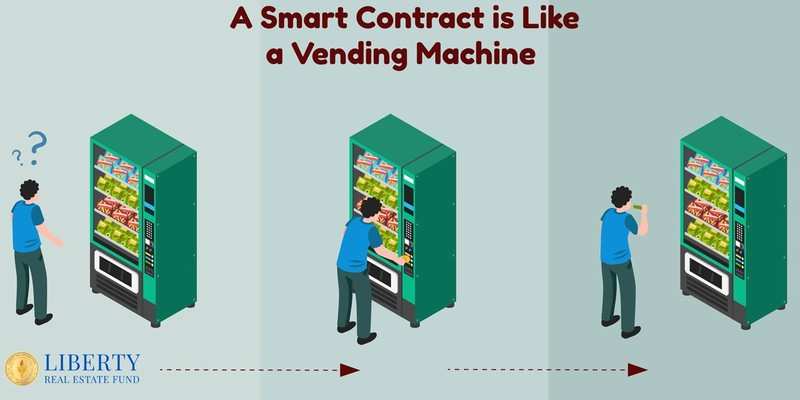 Selling Your House in The Future With a Smart Contract

A similar situation would take place if you tokenize a house, car or an Honus Wagner baseball card.

For example, Person A decides to sell their house for $250,000 USD. Person B agrees to buy it for $250,000. As long as Person B deposits the $250,000 and Person A has added the title, the smart contract executes the sale. They have just completed an “Atomic Swap” for a house.

If the transaction takes place it is on blockchain both Seller and Buyer can be anywhere in the world at the time of sale. You can be on the beach, buy the property from an app on your smart phone and own the house.

The sale can close any time of the day all year long (24/7 for 365 days a year). Blockchain does not take holidays or vacations. Additionally, investors in a private real estate investment be it a syndication or fund will be able to trade, sell or divide their shares after an SEC mandated 1 year lock-up period.

Use Different Currencies or Cryptocurrency

The sale can be executed with different fiat currencies or crypto including Bitcoin, stable coins or shares of digital assets (note: In some jurisdictions converting crypto or other currencies into assets could be construed as money laundering. Regulations are evolving). You don’t need a bank or pay for a wire transfer.

Mortgages Are Already on Blockchain

The mortgage lending industry will benefit from blockchain in many ways. Mortgage lenders are notorious, especially during the subprime financial crisis 2007-20210 for losing paperwork. Originating mortgages to the blockchain would mean that lenders, servicers, mortgage backed bond investors and borrowers would all know where the mortgage was, if it was being paid and if it was transferred to a new financial institution for servicing. All the mortgage documents would be coded into the smart contract so would not end up lost in a file cabinet in the basement of a bank branch.

Figure Lending is originating conforming and jumbo mortgages using its proprietary Provanance blockchain and then packages the mortgages to sell as mortgage backed securities also traded on blockchain.

The title transfer will be permanently recorded on the blockchain which will make record keeping and proof of ownership less expensive and more secure. This is the one function that Distributed Ledger Technology (blockchains) were originally thought to be the perfect use case.

In the United States, we take property titles, deed and mortgage recording for granted. It is currently a highly inefficient system and requires title insurance to ensure accuracy. But it works amazingly well compared to other countries. In other parts of the world, fast, efficient and trusted titling will be a game changer to unlock stranded equity and reduce corruption.

Easy To Use Digital Keys

The keys to your new house can be digitally encoded into the smart contract so when title transfer takes place it also opens your house. Digital keys could also open up fractionalized ownership, time sharing arrangements or more efficient AirBNB type operations. Dalton Skach of Gold Gate Luxury Real Estate Investment Fund is already tokenizing exclusive houses in different parts of the world for the super-rich to own them at different times of the year.

DeFi (Distributed Finance) will allow you to unlock the equity currently trapped in your house. Since the house will now be a digital asset it will be easier to pledge it as collateral. Not only that, but you will also be able to “deposit” your house equity and lend it to other people or corporations earning money like banks do currently.

We have arranged a partnership with BlockFi to allow investors in our Net Lease property fund to deposit their Security Token fund shares and earn not only the cash flow from the shares of the fund but also additional interest from BlockFi’s lending and financial activities.

This is just the tip of the iceberg for financial products and investment options.

Blockchain Opens Up Real Estate Investment to the World

The distributed nature of Blockchain makes it a worldwide phenomenon. It also opens up worldwide investment both into the United States and everywhere else in the world. Once assets, currency and value are on the blockchain they are in essence “outside” the current country based banking system and “inside” a new world financial system.

To give you an idea of the massive scope of this industry, the digital asset exchange Coinbase recently started in 2011 and grew to $445 billion in transactions in 2020.

You will be able to invest in a London office building or a Macadamia nut farm in South Africa or a Single Family Rental in Indianapolis from your phone. You will be able receive your investment distributions anywhere in the world.

The future of real estate syndications will be raising equity and debt with Security Token Offerings. Investors will demand the benefits of liquidity, convenience and extra options which will help private real estate investment sponsors. With the liquidity and convenience it will bring in more investors that would have typically shunned real investing which locks up their money for 5 to 10 years.

With the new tokenization platforms coming online it will open up worldwide capital pools eager to invest in the “world’s most proven asset class”.

Smart Contracts and blockchain technology will allow real estate investment sponsors to server their investors better while scaling to accommodate more investors. The token follows the investor, so paying distributions, distributing reports and tax information will be sent to the token address. It will all be done digitally.

The company RealT allows investors to collect rent every day!

There is over $280 trillion of real estate value worldwide. Blockchain, Smart Contracts and the new financial system will unlock that value and making it more liquid will increase real estate values. We could be looking at the next big real estate bull market.

Additionally, these new technologies will also change property management, property accounting, tenant identification and credit checks. Just as email and the internet changed communication, the new financial system is coming so smart money will take some time to see how the can use it to profit. 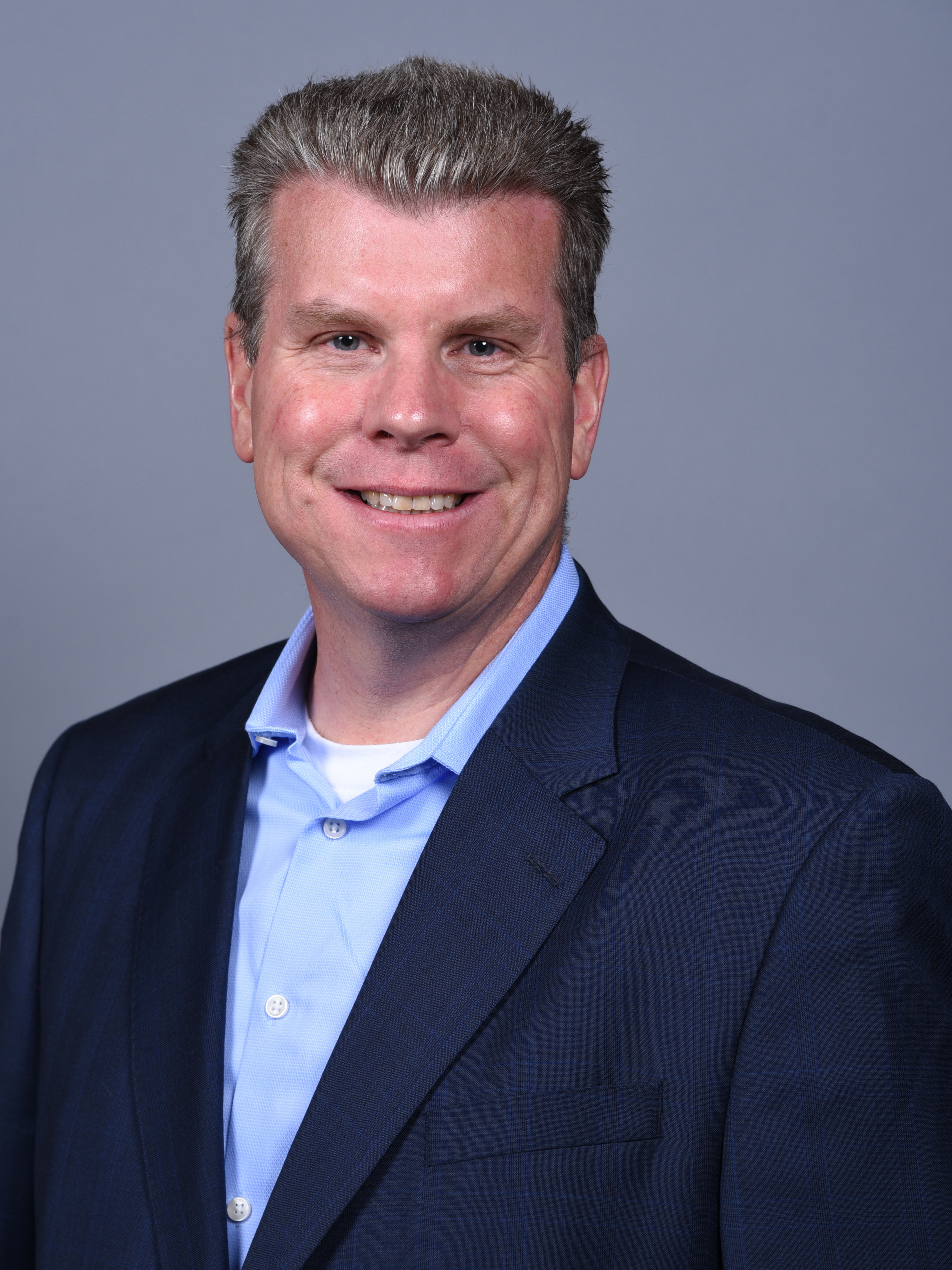 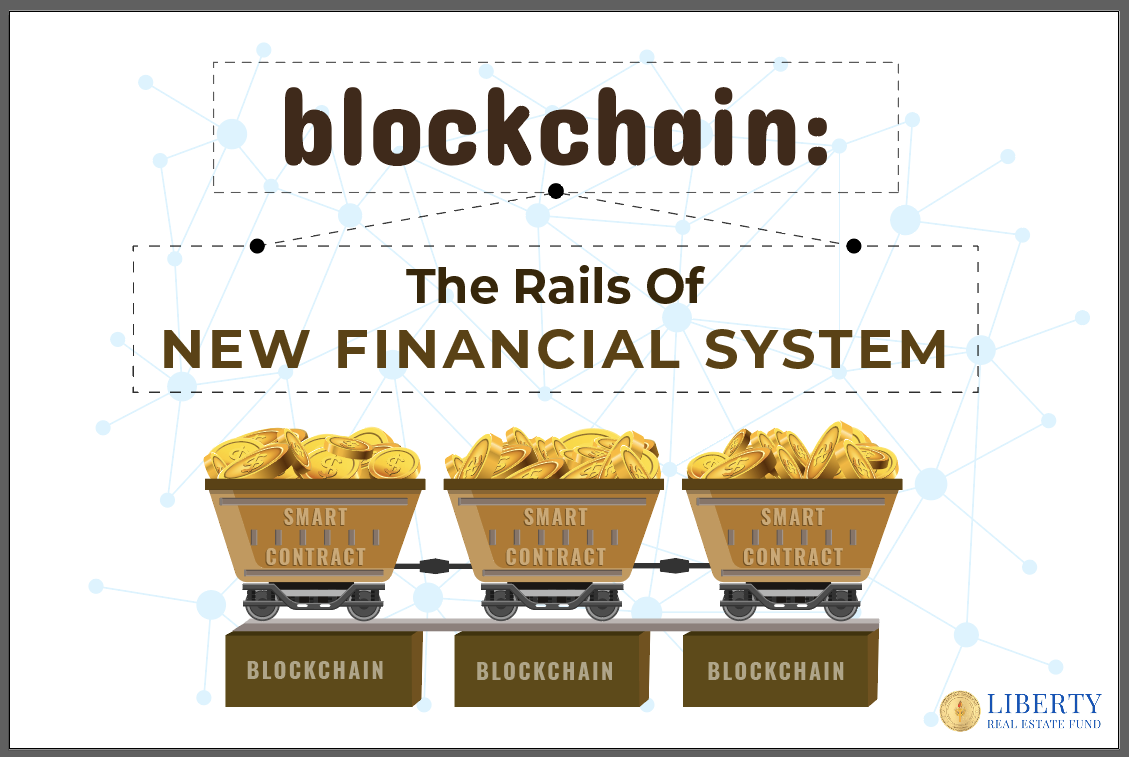 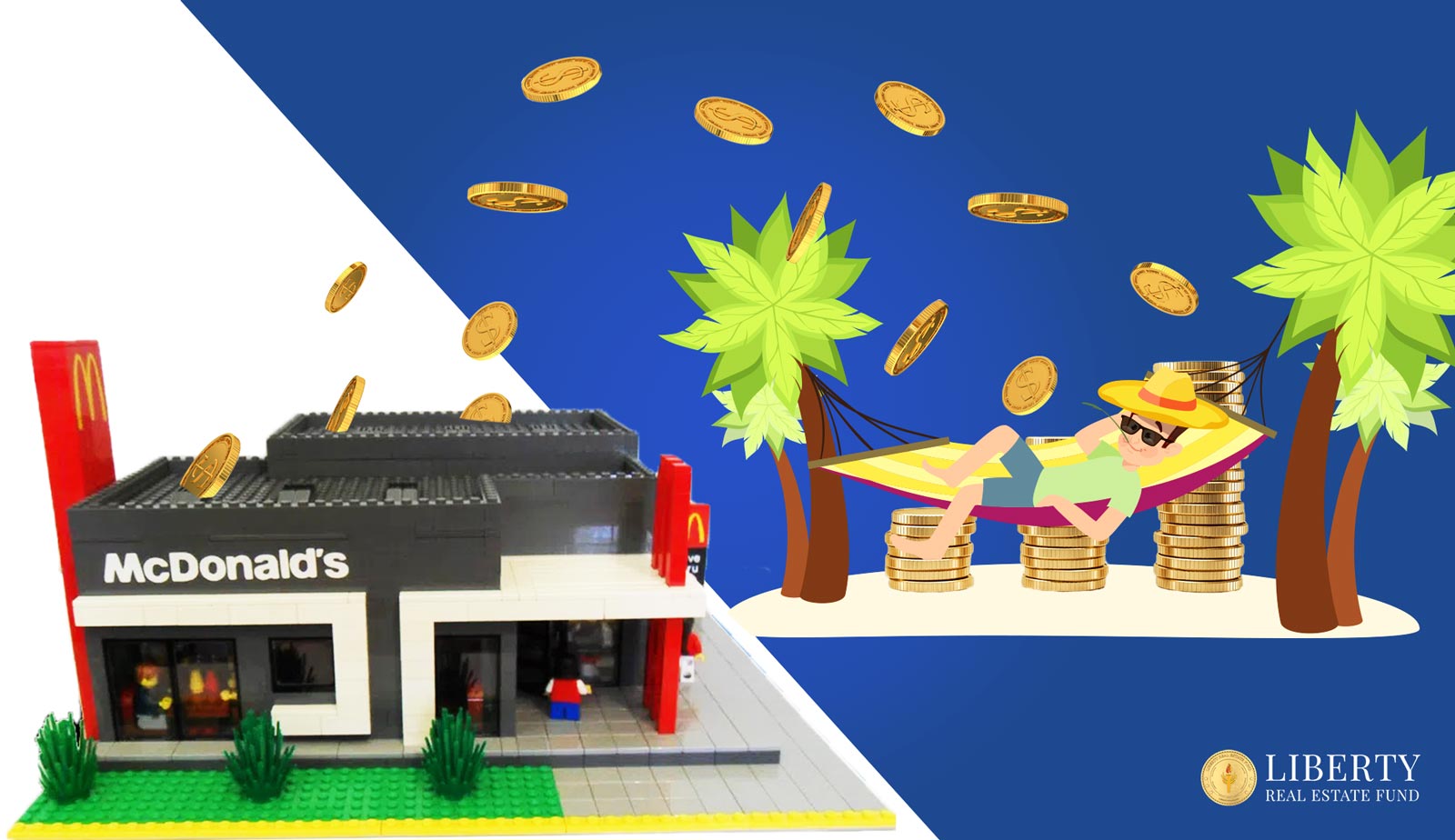